With The Dark Knight Rises, Christopher Nolan took Batman as far as he could 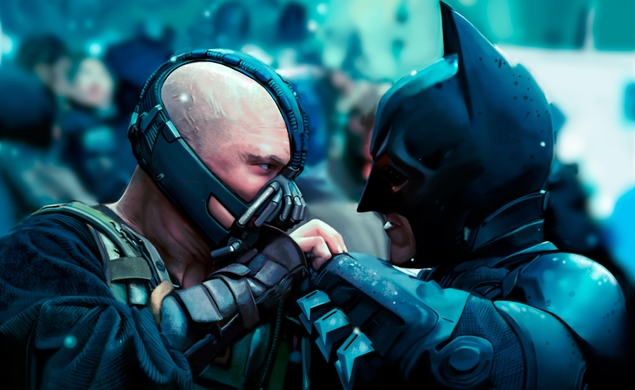 We here at Nathan Rabin Vs. The IMDb Top 250 generally use a random number generator to pick films from the list. But to be completely honest, some weeks it’s more random than others. This week, with everyone talking about Avengers: Age Of Ultron, a film destined to make millions for Marvel, we decided to be less random than ever before and specifically seek out a superhero film.

It wasn’t difficult. The IMDb list is lousy with excellent superhero and comic-book movies. Even comic-book movies that received a mixed, divisive response, like V For Vendetta, appear on this popularly chosen list of the greatest movies of all time (currently at an impressive 145, no less). If the IMDB Top 250 represents the voice of the people, then the people seem to have far fewer compulsions about calling such movies masterpieces that rank among the greatest of all time than professional critics.

The Dark Knight Rises is the third Christopher Nolan Batman movie I have seen in the past couple of months or so and I suspect that part of my response to it could be attributed to Batman overload. With a running time approaching three hours, The Dark Knight Rises sometimes feels like too much of a good thing. It’s as if Nolan took the already Herculean ambition of Batman Begins, joined it with the scope of the even more ambitious The Dark Knight, then threw in some of go-for-broke excess of Inception, his previous film. It’s a blockbuster that goes so big it leaves the trilogy nowhere left to go.

At this point, a certain amount of bloat had set into the franchise, both in terms of its cast and its running time. The film opens with Gotham seemingly at peace and Batman (Christian Bale) in retirement after the legend of Harvey Dent helped drive down violent crime throughout the city. Wayne is bored and unhappy in his retirement, still mourning the death of Rachel Dawes (Maggie Gyllenhaal in The Dark Knight, Katie Holmes in Batman Begins) and looking, consciously or unconsciously, for a heroic mission to rouse him from his funk. Then just such a sinister force arrives in the form of Bane (Tom Hardy), a mercenary from the pits of hell who fought and scrapped and struggled to become a supervillain who inspires such loyalty in his men that they are literally willing to die for him.

Bane made a brief appearance in Batman & Robin as a secondary villain who, for reasons known only to director Joel Schumacher and Academy Award-winning screenwriter Akiva Goldsman, looks like a cross between a luchador and Audrey II, the evil yet soulful killer plant from Little Shop Of Horrors. The Bane of The Dark Knight Rises shares a name and super-strength and pretty much nothing else with the cartoonish ignoramus of Batman & Robin. A lot of the pre-release hype surrounding The Dark Knight Rises concerned the questionable wisdom of making the main villain in the film a character whose handsome face is obscured by a breathing apparatus and whose speaking voice some found incomprehensible due to its almost impenetrable vaguely Scottish brogue. To me, Bane sounded like Sean Connery voicing Scrooge McDuck, but that might be because that’s as far as my knowledge of Scotland extends.

Then again, if your last movie was called Inception and made a billion dollars, you can see where Nolan might have felt free to take some pretty big chances. Thanks to Hardy’s performance, Bane earns a place of prominence in the franchise’s rogue gallery. As with Heath Ledger’s turn as the Joker, there’s a playfulness and even a sense of joy that suggests the character is simply having a laugh even while he’s trying to burn Gotham down to its ashes. Physically, he’s the most impressive foe Batman has faced in the series, a man with the body of an NFL linebacker (albeit on the short side), the mind of a genius, and the morality of a sadist with a sick sense of humor. Bane gets Bruce Wayne back in action, and as I’ve written before, the less time Bale spends talking in costume as Batman, the better off the films tend to be; Wayne spends much of the film in the same godforsaken prison where Bane grew up, biding his time until he returns to Gotham to save it.

Just like all of the other villains in the franchise, Anne Hathaway’s Catwoman is handy with a quip; her relationship with Bruce Wayne is one long act of flirtation that’s somewhat undermined by the fact that Bale tends not to have good romantic chemistry with his leading women. He’s too internal an actor, too wrapped up in his character’s pain to allow us the fantasy that these two colorful figures on opposite sides of the law might have a future together.

The air of tragic romance shared between Michael Keaton’s Batman and Michelle Pfeiffer’s Catwoman in Batman Returns is non-existent here, and a distinct unwieldiness is the price these films eventually come to pay for their admirable ambition and epic scope. By the end of The Dark Knight Rises and, by extension, the series, I was exhausted and exhilarated in equal measures. I felt like I had gone on a long, satisfying journey that was conclusively over.

So as much as I like and admire Nolan’s take on Batman, and consider The Dark Knight the greatest comic-book movie ever, I’m ready for a new take on the mythology, which is why I am cautiously optimistic about Batman v. Superman: Dawn Of Justice. I’d be a whole lot more excited if it were being directed by, say, Edgar Wright, and not Zack Snyder. There’s a rich strain of dark comedy in Nolan’s films, particularly among the villains and Bale’s relationship with Morgan Freeman’s Lucius Fox and Michael Caine’s Alfred, but it would be refreshing to see a Batman movie that felt the freedom to be outright funny at times without devolving into the labored kitsch that sank Joel Schumacher’s version of the character.

Too low or too high? Too high
Too high or too low: Too high