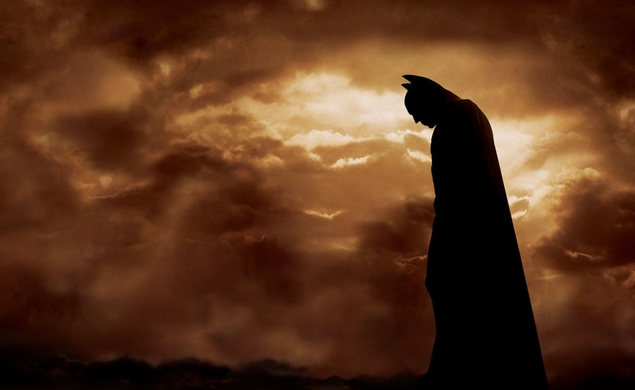 It takes an awful lot of chutzpah for a film based on a comic book that began life 66 years earlier to contain the word “begins” in its title. But Christopher Nolan’s 2005 reboot of the Batman franchise, Batman Begins, had an awful lot to distance itself from. So it made sense to throw down the gauntlet with a title that put a conclusive period on the film series that came before it so that it could decisively begin a new phase of the Dark Knight’s life and career.

First and foremost, the filmmakers wanted to distance themselves from Joel Schumacher’s Batman movies, which began unpromisingly with the glib and mediocre Batman Forever, then hurled themselves deep into the bowels of universally reviled camp with the notoriously “toyetic” Batman & Robin, which was primarily concerned with selling toys even children would be embarrassed to own. Schumacher’s takes on the mythology were themselves a reaction to Tim Burton’s Batman movies. Burton’s gothic take on the material, 1989’s Batman and 1992’s Batman Returns, in turn were a strong response to the candy-colored camp of the 1960s television series starring Adam West, which riffed on the characters created by Bob Kane, the uncredited Bill Finger, Jerry Robinson, and others in Detective Comics beginning in 1939.

For a film with the word “begins” in its title, co-writer-director Christopher Nolan’s blockbuster has an awful lot of history, and that’s not even including Frank Miller’s influential comic book arcs Batman: Year One and The Dark Knight Returns, both of which have influenced various aspects of the myriad Batman franchises with their bleak take on the masked vigilante.

So there was a lot for Nolan and his collaborators to draw from, but also a lot to be discarded, most notably the goofy humor that permeated the West and Schumacher versions, though it’s awfully generous to apply the word “humor” to Schumacher’s films. Rebuilding the franchise, Nolan created a Batman universe that was epic in scope but also psychologically intimate.

Nolan hits all the requisite beats in ways that feel anything from arbitrary, from a young Bruce Wayne watching his parents get gunned down in the street by a thug to the character’s disillusionment with society and ninja training in Tibet at the hands of the mysterious Ra’s Al Ghul (Ken Watanabe) and his compatriot Ducard (Liam Neeson). Well, okay, that part hasn’t been a big component of any previous Batman movie, but including it makes an already big story seem even more towering and international.

Then Bruce Wayne (Christian Bale) returns to a Gotham City that has devolved into a state of lawlessness and anarchy, and with the help of weapons guru Lucius Fox (Morgan Freeman, putting his gift for combining gravity and impishness to good use), begins the process of becoming Batman, complete with all those wonderful toys. Batman Begins is much less goofy than its immediate predecessors, but there’s a welcome strain of wry comedy in the way Wayne and Fox talk about Wayne becoming Batman and all the things he will need as Batman without ever coming right out and stating that Bruce Wayne is, in fact, Batman.

Batman Begins pits Wayne against Dr. Jonathan Crane/The Scarecrow (Cillian Murphy), a psychiatrist experimenting with insanity-provoking nerve gas at the Arkham Asylum, as well as crime boss Carmine Falcone (Tom Wilkinson, one of a series of foreign-born actors killing it with dead-on American accents) and villains who, at first, appear to be something much different. Nolan masterfully moves from one elegantly choreographed setpiece to another without ever losing sight of the pain at the film’s core, the sense that Wayne’s loss is so profound that nothing can ever make the world whole for him again, or the world-building required to resurrect one of the great American heroes for the long haul.

Re-watching Batman Begins, I found myself thinking that the biggest problem with the film is Batman himself, or rather Bale in character as Batman. Bale is brilliant as Bruce Wayne. He perfectly captures the tormented psyche of a man at war with himself and his own darkness as much as the darkness that surrounds him, while still maintaining the public mask of a decadent playboy. And Nolan was smart to employ Batman in uniform a little like Steven Spielberg employed the shark in Jaws: Bale does not become Batman until an hour in to the film, and after that he uses him in character selectively. He’s felt more than he’s seen, a dark force who comes out of nowhere to take out criminals, then disappear as quickly as he appeared. As an idea, he has tremendous resonance and power. As a guy running around in a silly-looking suit and rasping threats in an even sillier cartoon growl, he’s something of a distraction from the solemnity that surrounds him. Bale in costume as Batman isn’t goofy enough to take me out of the film completely, but for all the thought that was obviously placed into every aspect of the production, it’s the one element that isn’t particularly successful.

Thankfully, Nolan is smart enough to know his limitations in terms of both his hero and villain. Just as he’s smart enough not to let Bale run around in costume too much, he similarly limits Murphy’s appearances in character as Scarecrow so that every time he’s onscreen, turning an already grim milieu into a psychedelic, drug-fueled nightmare, it’s legitimately terrifying. Murphy is the antithesis of Jack Nicholson’s Joker. Where the Joker was a theatrical star turn from a movie star enamored of his own schtick, Murphy disappears inside Crane/Scarecrow. There’s a sociopathic deadness to the character that’s chilling.

Batman Begins benefits by comparison with what came before and suffers from what came after. If I underrated the film in my memory, it’s probably because it’s not 2008’s The Dark Knight, which currently sits snugly at No. 4 on the IMDB Top 250 just behind The Godfather: Part II, The Godfather, and everyone’s consensus choice for the apex of cinematic art, The Shawshank Redemption. If Murphy isn’t as charismatic a villain as Heath Ledger’s Joker, that’s probably because no villain in any movie is as charismatic as Heath Ledger’s Joker. There’s a good reason Ledger won an Oscar playing a comic-book villain: It’s one of the all-time great performances in one of the all-time great films, comic book or otherwise. Complaining that Batman Begins isn’t as good as its sequel is like complaining because Michael Jordan only scored 63 points in a game instead of 100. It seems gauche to bitch about a comic-book movie merely being great instead of one of the greatest films of all time.

Batman Begins doesn’t just trail far behind its sequel. It also trails its sequel’s sequel, the much-more-problematic 2012 hit The Dark Knight Rises, which, at the time this project began, was way up at 51 on the ranking. So I was relieved to discover that Batman Begins was even better than I had remembered it. It is so much more than a solid beginning to a great franchise. In its own way, Batman Begins re-created the superhero movie in its own image, injecting the genre with a newfound seriousness and ambition. It helped elevate the comic-book movie to the level of art, only to have the curious fate of having its own sequel outstrip its artistry.

Is the ranking too high or too low? Too low