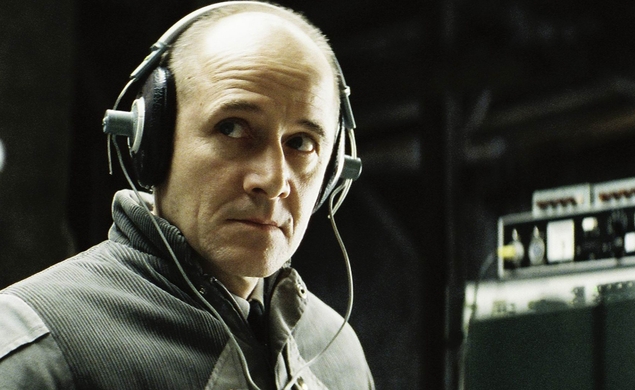 The 2006 film The Lives Of Others, which won the Academy Award for Best Foreign Language Film, is an exceedingly strange choice as the popular favorite for the 53rd best film of all time, as judged by people with computers and opinions. I know I wrote that about Stand By Me as well, but that holds true of this film for very different reasons. If Stand By Me was, on paper at least, too slight and modest to inspire such feverish adulation, then The Lives Of Others, in sharp contrast, would seemingly be too arctic and off-putting. If Stand By Me would seem to be too light, then The Lives Of Others would seem to be too oppressively heavy.

The film, which takes place in East Germany in 1984, several years before Glasnost thawed the Cold War, is the antithesis of a crowd-pleaser. It’s an inveterate downer about the damage exacted by the Kafkaesque cruelty of a police state that seems to be at war with its own citizens, and which views everyone with suspicion, including its own secret police. Like The Conversation and Blow-Up, The Lives Of Others is a film about surveillance and, by extension, a film on some level about filmmaking—about officially furtive voyeurs peering into the lives of unknowing exhibitionists. This puts the audience in the strange place of identifying with East German police captain Gerd Wiesler (Ulrich Mühe) as he leads a surveillance team watching Georg Dreyman (Sebastian Koch), a popular playwright loyal to the Communist party.

Dreyman’s apartment is bugged and he is under round-the-clock scrutiny as the increasingly disillusioned Wiesler becomes fascinated by the life Dreyman shares with his beautiful but troubled actress girlfriend, Christa-Maria Sieland (Martina Gedek)—and increasingly disgusted by a police-state apparatus that abuses his high ideals for lurid purposes. Sieland emerges as the film’s most tragic character, forever to be looked at, leered at, and ogled, but never to be understood. For the smitten Wiesler, she is an object of desire, an object of suspicion, and an object of surveillance, but never quite a person in full.

Mühe, who died the year the film won the Academy Award, delivers an exquisitely measured performance as a man of meticulous habits and total self-control. He is a quiet man, impeccably dressed at all times, who floats through the narrative almost like a ghost who exists to listen, analyze, and judge, but never really to live. The roles that the citizens of the East German police state play alienate them from themselves as well as each other. It’s a world where everyone is guilty until proven innocent, and no one is ever truly afforded the opportunity to prove their innocence because the courts have been hopelessly corrupted.

The characters in The Lives Of Others are the elite of East Germany before the fall of the Berlin Wall, but their homes still suggest the death of the human soul in architectural form. Even Dreyman, a true believer who is afforded a high quality of life by Eastern European standards because his work reflects well upon his country, is viewed in suspicion both because a powerful political operative covets Dreyman’s girlfriend and because he shows concern for his friend Albert Jerska (Volkmar Kleinert), who has been blacklisted from the arts for being subversive.

The Lives Of Others is partially a procedural that follows the clear-eyed and determined Wiesler and his associates as they try to track down the typewriter used to write an article critical of East Germany past the border. The police seize upon Christa-Maria as their in for penetrating Dreyman’s inner circle and uncovering the identity of the writer of the traitorous article, and aren’t shy about using her drug addiction to control her. The Lives Of Others is fundamentally about the politics of survival and the awful things people will do to the people they love for the sake of simply getting by in a political and cultural climate injurious to the dignity of the human spirit. It’s a cold film about people for whom the repression of genuine emotions—anger, sadness, defiance, rage, love, loyalty, anger, pride—is not only important but essential, because the entire system is built on the lie that the populace is happy and the system is sustainable.

The Lives Of Others is a repressed film, so the unexpected act of courage at its climax carries extra weight because it means a company man has finally found the self-respect and strength to follow his own path instead of the dispiriting one that has been laid out for him since his birth. Even so, The Lives Of Others is a film defined by its powerful quietness and hushed intensity. It’s the sort of sober, important film that is easier to respect than it is to love, but I’m impressed that it’s found such a loyal following.