Requiem For A Dream is intense, but is it great? 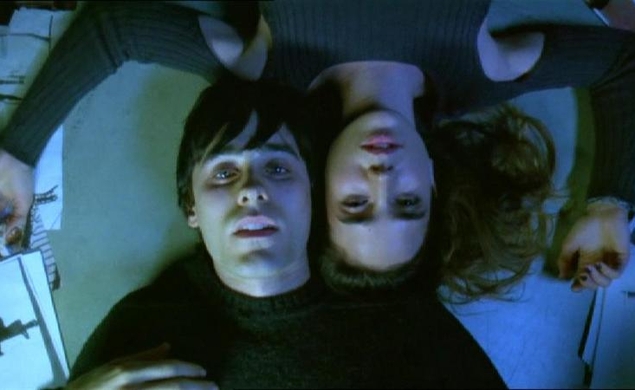 Movie: Requiem For A Dream

Of all of the 250 films I am professionally obligated to see for this project, Requiem For A Dream ranked high among the films I was least excited about revisiting. That’s not because I don’t hold the film in high regard. On the contrary, I consider, or considered it, a masterpiece of sorts, a pummeling exploration of the depths of human misery from a young master gifted in all the disparate elements of film, especially editing. And if Requiem For A Dream isn’t the best-edited American film of the past 25 years, then it’s at least a formidable candidate for one of the most edited films of the past quarter-decade.

Editor Jay Rabinowitz is constantly manipulating the texture and speed of the film like a DJ on meth, speeding it up, then slowing it down, splitting screens and generally doing everything in his power to distort our perception of reality—and reality is a pretty hazy concept when it comes to Requiem For A Dream. Requiem uses sped-up film so extensively that if it were to be scored to Boots Randolph’s “Yakety Sax,” it would be a much different and, I would argue, much richer cinematic experience.

No, I was dreading a return to Requiem For A Dream because the film has such a strong reputation for being prohibitively brutal and intense, less a film you watch and enjoy than a roller coaster you endure, then thank God the ride is over. If it wasn’t the inspiration for a list over at my old employer The A.V. Club on a list of great films too intense to see twice, it certainly was one of the first films we thought up.

And the film more or less lives up to its reputation the second time around, although bracing yourself for seeing the most disturbing movie ever makes its house of horrors a little more palatable. Adapted by beat author Hubert Selby Jr. and director Darren Aronofsky from Selby’s cult junkie novel of the same name, Requiem For A Dream begins with the desperation level already hovering somewhere around 6 or 7.

Harry (Jared Leto of 30 Second To Mars) and best friend Tyrone (Marlon Wayans, A Haunted House 2) are heroin addicts whose lives revolve around their daily fix, an obsession that also haunts Harry’s upper-class girlfriend Marion (Jennifer Connelly). They dream a junkie dream of that big score that will finally allow them to open a clothing store and have so much heroin that they don’t need to score again, that the daily trial of trying to scrounge up enough money to stay high and stave off the demon of sobriety will be a long-lost memory.

At first, Harry’s mother Sara (Ellen Burstyn, in an Academy Award-nominated performance) is only addicted to the honeyed lies and pabulum of the television screen she watches compulsively, most notably a show hosted by Christopher McDonald that seems to be broadcasting from the same channel and nightmare world as Videodrome. But when she sets her mind on a television appearance that will set everything right, alleviate her loneliness, and allow the world to see her and her family as the success she fantasizes about, she becomes addicted to diet pills, dangerous forms of amphetamines that fuel her delusions and induce psychosis.

Aronofsky and cinematographer Mattew Libatique’s camera seldom holds still. Requiem For A Dream captures the fractured sense of time of the heroin-intoxicated, where everything is sped up and slowed down at the same time. It makes a notable exception, however, for a heartbreaking monologue where Burstyn, deep into her amphetamine addiction, tells her son that thanks to her non-existent looming television appearance and all-too-real drug addiction, she finally has a reason to wake up in the morning, to have hope, to want to go out and face a world that can be unfathomably cruel. The camera is relatively static, but the character vibrates with twitchy intensity. It is one of the quietest moments in a screamingly loud film and one of its most powerful sequences.

I knew a publicist who found the notion that the worst hell Requiem For A Dream could imagine for its beautiful white girl is being fucked and then exploited by a black pimp more than a little racist, and they certainly weren’t off-base, but then, nobody comes off well in Requiem For A Dream. Its characters are addicts helpless before their compulsions and at the mercy of ruthless parasites who use their desperation and disease against them in all sorts of horrible ways. It’s about beautiful people whose sickness renders them ugly, on the inside and out. The film begins somewhere around 6 or 7 on the trauma scale and quickly ratchets it up to 9 before a seemingly endless climax so bleak and horrifying it borders on Grand Guignol delirium. Requiem For A Dream constantly skirts camp; it’s a film with a monster refrigerator, electro-shock therapy for mom, and a final sexual degradation out of a particularly sordid skin magazine. It’s a film that gets under your skin with unforgettable images and a brutality and intensity that lingers.

In that respect, I re-experienced the film less as a drama about addiction than a horror movie whose terrifying villain is drugs. It’s a waking nightmare of a film that only provides its characters a moment of peace once their souls and lives have been thoroughly destroyed by their compulsions. Death would have been a kinder fate, but they’re doomed to keep living in the hell Selby Jr. and Aronofsky have created for them.