Stand By Me became a pop classic by getting childhood right 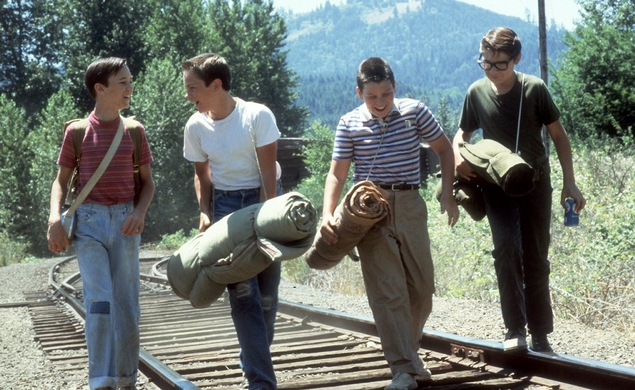 Rob Reiner’s 1986 coming-of-age movie Stand By Me is a strange popular choice for the 182nd greatest film ever made. On paper, there isn’t much to it. The biggest stars at the time, John Cusack and Richard Dreyfuss, remain on the periphery. Cusack plays the saintly older brother seen only in flashbacks whose death haunts both the film and his younger brother Gordie (Wil Wheaton), while Dreyfuss plays the older Gordie as the film’s narrator, looking back on a ramble that forever changed the lives and dynamics of four friends.

The film’s source material was rooted in a novella by one of the most successful writers of all time but, at the time, the fact that Reiner was adapting a non-horror story from Stephen King went a long way toward negating the box-office appeal of King’s otherwise lucrative name. With a running time under 90 minutes, a low budget for a studio film, and a plot revolving around four depressed, abused boys wandering in the woods looking for a corpse and talking shit, Stand By Me suggested a sneaky little sleeper rather than a pop classic.

Yet Stand By Me soared beyond expectations to become a movie that is an essential part of multiple generations’ childhoods. The film’s surprising resonance and longevity is attributable largely to a double nostalgia. When it was released in 1986, it hit Baby Boomers right in the sweet spot: Set in 1959, just before the dawn of Camelot, it took them back to their youths through period details and a wall-to-wall soundtrack of familiar oldies.

The film captures its characters in a transitional phase as well. Gordie, the writer and intellectual of the group; tough but sensitive Chris (River Phoenix); abused and angry Teddy (Corey Feldman); and chubby goofball Vern (Jerry O’Connell) are 12 going on 13 and fully immersed in that strange in-between time between childhood and adolescence. Part of the reason the film is so beloved is that it similarly caught fire with kids that age in 1986, like me, who saw themselves reflected in one or more of the film’s characters. (In my case it’d be a cross between Gordie and Chris, the most sensitive ones of the bunch).

Stand By Me is smart and commercial enough to cast its take on the past in a sepia-toned glow of warm nostalgia that helps mask the film’s fundamental darkness, because there is an awful lot of pain among the film’s characters. Teddy is filled with incoherent rage, unable to reconcile his mentally ill, abusive father’s treatment of him with a storied war record that may exist only in his father’s mind. Chris is similarly terrified that he’ll never be able to transcend the expectations of a town that expects him to turn out to be a sad little nothing like everyone else in his family. The monologue where Chris tearfully confesses that it doesn’t matter what he does, that just by virtue of who he is and where he comes from he’ll always come off as guilty serves as an early indication that Phoenix wasn’t just a precociously talented kid who lucked into the right role, but a legitimately great actor from an early age. And Gordie, the film’s narrator, is still shaken by his older brother’s death and his father’s disapproval of his literary endeavors. (Like Dewey Cox’s dad, Gordie’s pops clearly seems to feel the wrong son died, and isn’t shy about voicing that opinion.)

Stand By Me became a classic because it understands the tricky geography of early adolescence. It has an unfailing ear for the way kids talk, the way they tease not as a means of hurting each other but rather as a means of affirming their friendship. It captures the unmistakable patois of boyish banter, with its posturing sexual bluster about the anatomy of cute girls on television (in this instance, Annette Funicello, whose Mickey Mouse Club sweaters could not hide her blossoming womanhood), regular renditions of television theme songs that serve as the equivalent of beloved old folk ditties, and rare moments of naked honesty and genuine connection when the boys stop blustering and reveal themselves as the scared, insecure, and damaged people they really are.

Reiner’s film endures because it is authentic enough to be an R-rated film about boys and allows its cast and characters to be as crass and profane as boys generally are at that age. The film possesses that X factor Malcolm Gladwell called “stickiness,” from its unforgettable opening line of narration (“I was 12 going on 13 the first time I saw a dead human being”) to its equally perfect closing line of narration (“I never had any friends later on like the ones I had when I was 12. Jesus, does anyone?”) to a pie-eating contest so disgusting it rivals Monty Python’s The Meaning Of Life’s wafer-thin-mint sketch for epic grossness.

There is a universality and a specificity to Stand By Me: By capturing the strange maturation of these perfectly cast, well-written characters, the film ended up saying something profound and true about what it means to grow up in our country. Stand By Me undercuts the rosy glow of nostalgia with a tough depiction of adolescence as a gauntlet to survive. The details might vary, but the emotions at the film’s core rang true for the generation that experienced the era it depicts firsthand, and the younger viewers who embraced Stand By Me in 1986—and continue to ring true for the subsequent generations that have come to treasure it.

Is the ranking too high or too low? Too low