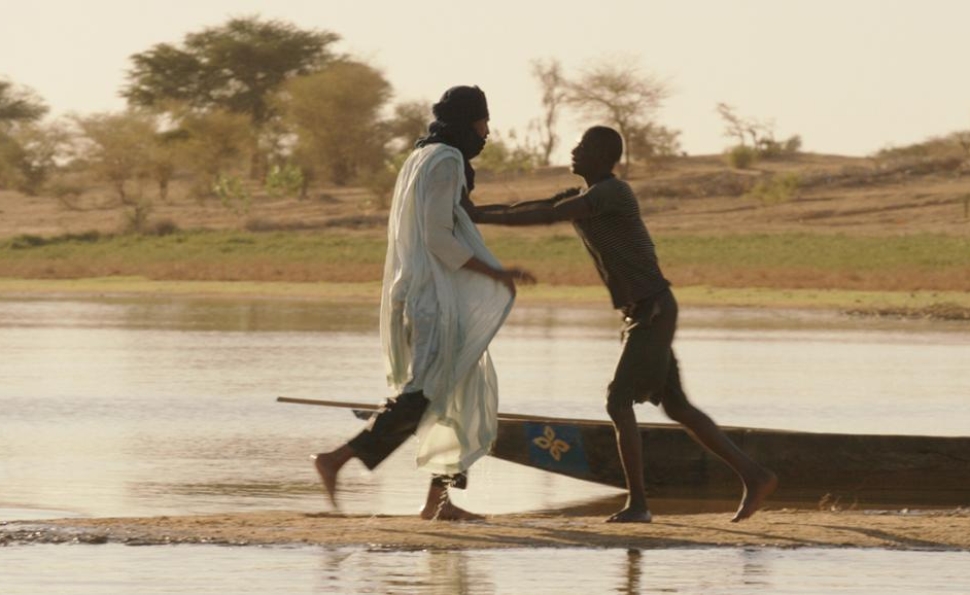 Time is of the essence if there’s any hope of anybody reading this before the awards are announced, so allow me to dispense with the throat-clearing and just leap right into speculation and proselytization. Bear in mind, like everybody else, I have absolutely no idea what I’m talking about when it comes to predictions—having recently served on a festival jury, I have an even better sense now of how futile it is for people not in the deliberation room to guess how various compromises might take shape. Still, it’s fun, and it gives me an excuse to include my personal choices in each category, so here we go.

Will win: Timbuktu. For some reason, I feel like this jury will resist giving the top prize to a film that seems to be begging for it, which rules out what would otherwise be the two most likely contenders: Winter Sleep and Leviathan. (It also rules out Naomi Kawase, who actually did beg for it.) Timbuktu screened way back on Day One, but Cannes juries tend to have good memories; previous winners The Wind That Shakes The Barley and 4 Months, 3 Weeks and 2 Days were first or second out of the gate. Abderrahmane Sissoko’s film is an impassioned plea for social justice that doesn’t feel like a lecture (at least until the end), and some jurors may want to call attention to African cinema, which is perpetually underseen. Timbuktu is also perhaps the least divisive film in this year’s Competition.

Should win: Two Days, One Night. Had the Dardennes not already won twice, with both victories still in recent memory (1999, 2005), it surely would have had a shot at the actual prize. As it stands, Jean-Pierre and Luc will have to be content with my conviction that they made the only genuinely great film in this year’s Competition, demonstrating yet again why they’re the classiest act in world cinema. Bear in mind, however, that even if the film loses, that may not be the end of the matter—Marion Cotillard might visit each juror in their hotel room and ask them if they’d be willing to change their vote.

Will win: Leviathan. Andrey Zvyagintsev’s majestic portrait of casual political corruption has been almost universally praised, and even managed to win over a skeptic like myself, who disliked all his previous films. Winter Sleep is the other obvious candidate here (given that I’ve denied it my Palme prediction), but I suspect Nuri Bilge Ceylan will get Best Director instead, for reasons I’ll address below. The only other possible sleeper is Jean-Luc Godard’s Goodbye To Language, which seems a bit too radical to take home a major jury prize—Godard has never won anything at Cannes, as a matter of fact. Still, it’s far and away the most visionary film in this year’s Competition, if only for the way it re-imagines 3-D, and it wouldn’t shock me if the jury chose to acknowledge that in some fashion. (For that reason, it’s pretty much my default “sleeper” choice in every category save Actor and Actress.)

Should win: Mr. Turner. What I’d really like to do is hand this award to Bird People, which should have been in Competition (though one notable French cinephile claims it would have been torn to shreds in that limelight) and is much bolder and more innovative than Mike Leigh’s mildly unconventional biopic. Other sidebar films I prefer to Mr. Turner include the singularly creepy horror film It Follows and the dry absurdist comedy Tu Dors Nicole. Playing by the rules, however, I’m happy to give a nod to my favorite Leigh film since Topsy-Turvy (by a whisker over Vera Drake), since that might encourage him to keep devoting his energy to fascinatingly detailed recreations of England in centuries past.

Will win: Nuri Bilge Ceylan, Winter Sleep. Ceylan won this award just six years ago for Three Monkeys, but I’m not convinced the jury will even remember that, much less give it much weight. It would be a surprise if Winter Sleep went home empty-handed (though I’ve been surprised many times before), and I’d like to believe its spectacular imagery will impress the jury more than its endless torrent of verbiage. Again, though, Godard could play the spoiler here, and one could also make a case for Xavier Dolan for Mommy. His much-discussed 1:1 aspect ratio and generally hyperactive camerawork call constant attention to his presence behind the camera.

Should win: Jean-Luc Godard, Goodbye To Language. While I can’t embrace this film as a whole, because post-1968 Godard still makes me itch, there’s no question whatsoever that his use of 3-D represents a landmark achievement in cinema history. Honestly, I feel as if I’d been present at the world première of The Jazz Singer or Becky Sharp—two other films remembered today for their respective technical breakthroughs rather than for their surface content.

Will win: Marion Cotillard, Two Days, One Night. There’s an embarrassment of riches in this category this year, and it’s entirely possible that the prize will instead go to Hilary Swank (for The Homesman), Anne Dorval (for Mommy—the jury could also award it jointly to Dorval and Suzanne Clément), Alexandra Lungu (as the eldest daughter in The Wonders), Julianne Moore (way over the top, for my taste, in Maps To The Stars), or Juliette Binoche (for Clouds Of Sils Maria). However, I think Cotillard’s door-to-door humility will ultimately win the jury’s hearts, which would be perfectly fine with me.

Should win: Kristen Stewart, Clouds Of Sils Maria. I’m a little scared to put that in print, since I praised her on Twitter yesterday and was instantly swamped by favorites and retweets from her army of rabid fans, to the point where I had to temporarily turn off push notifications on my phone. Also, it’s hard to articulate what’s so remarkable about this performance, which I can imagine others perceiving as almost willfully low-key, even lazy. (That’s the standard rap against her, yes? I don’t pay much attention. Sorry, army of rabid fans.) Perhaps the best way I can put it is that Stewart does precisely what her character, juxtaposed throughout the film with Binoche’s neurotic, world-famous actress, needed to do, which is to never once be caught acting.

Will win: Timothy Spall, Mr. Turner. That grunt cannot be denied. Plenty of other folks are predicting a win for Foxcatcher’s Steve Carell, and they’d probably be right if this were Sundance, or some other festival with a purely American jury. (He’s sure to be Oscar-nominated, for example.) Thing is, though, the power of his performance rests largely in its deviation from his usual comic persona, and I kinda doubt Jia Zhang-ke or Leila Hatami have watched much of The Office. Other jurors might even have to tell them he’s wearing a prosthetic nose! Therefore I expect Spall to prevail, especially given the lack of serious competition in this category. My sole reservation is that Spall is the name I’d have chosen had I been asked to predict the award winners last month, before I even arrived in Cannes. That sense of inevitability often leads to an upset, in my experience.

Should win: Haluk Bilginer, Winter Sleep. I’ll be surprised if this doesn’t wind up being the single best performance I see this year—male or female, lead or supporting. Rarely has my perception of a character shifted so dramatically and yet so gradually over the course of a film, and the beauty of Bilginer’s work is that the towering prick he eventually inhabits in no way contradicts the thoroughly decent guy seen at the outset. Only in retrospect is it possible to see how deftly he misleads viewers, while always remaining true to the man’s fundamental nature. It’s incredibly subtle, cumulatively powerful, and even justifies, to some degree, the tedium of listening to him drone on and on.

Will win: Naomi Kawase, Still The Water. Actually, I don’t expect her to win this particular category, but I’ve just this minute seen (via Twitter) the rumor that she’s been called back to Cannes—which, if true, means she’s definitely won something. And since I don’t feel like revising any of the predictions above, I’ll hedge my bets and place her here, which is no great sacrifice, since I don’t really have a clue what might win. I probably would have gone with Wild Tales, but that would have been a wild guess.

Should win: Olivier Assayas, Clouds Of Sils Maria. I believe Cannes’ spread-the-wealth rules permit awarding this prize and Best Actress to the same film. Along with Winter Sleep, this is the Competition’s most dialogue-driven picture; unlike Winter Sleep, it never made me want to hack my ears off with the sharpest edge of my press badge.

There’s also a Jury Prize, which functions as third place, but the awards are now only a couple of hours away, so I’d best send this off. My own Jury Prize would go to Clouds Of Sils Maria, but there’s no telling what the jury will do; given the way I’ve broken things down above, Mommy may be the likeliest candidate, or (again) they might honor Godard here. Look for a post from one of the Dissolve staffers detailing what actually won, and thanks for reading this idiosyncratic rundown of a bunch of movies you won’t be able to see for months, or in many cases until sometime next year. Let’s plan to pick up the discussion anew then.

All Mike D’Angelo’s Postcards From Cannes 2014 columns can be found here.