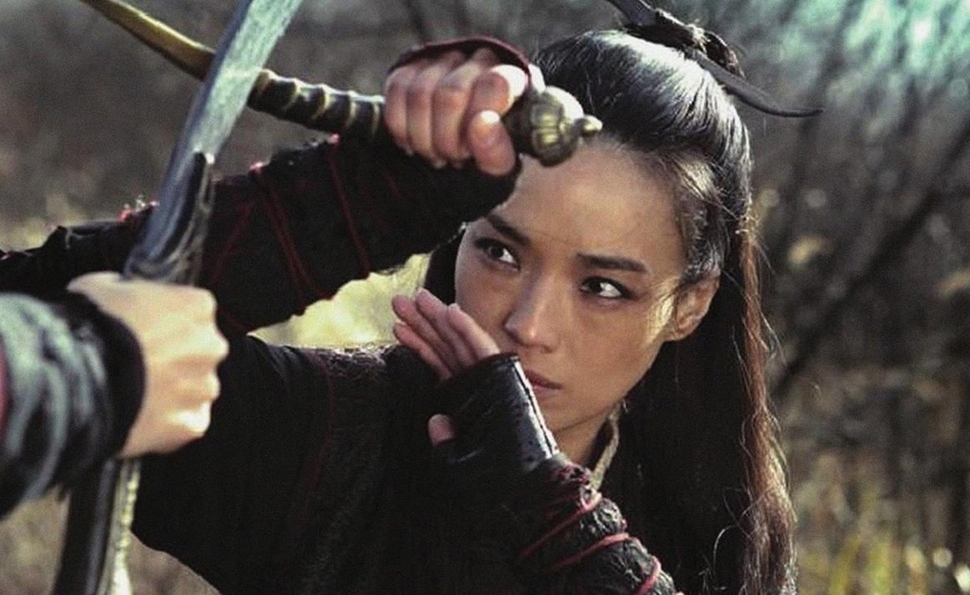 Contingencies rule at a film festival. Sometimes, you plan to get to bed early for a change, then wind up in a crowd of 2,300 people (most in formal wear) at two in the morning, watching a movie in which jets of semen fly out of a penis, off of the screen, and into the audience’s collective lap.

Somehow, I hadn’t heard that Gaspar Noé’s Love, which had its world premiere here last night as a midnight screening, is in 3-D. I had heard that it features a whole lot of explicit, unsimulated sex, though, and was starting to worry that I might get shut out of today’s official press screening, which is being held in the relatively small Salle Bazin (280 seats). At the last minute, I decided to attend the midnight screening, even though I knew perfectly well that this would mean getting to bed around 4 a.m., given the length of the film (two hours, 15 minutes), the likelihood of it starting late (it was nearly 1 a.m. by the time the projector finally started rolling), and the distance between the theater and my rented apartment. 4 a.m. is actually kind of early for me at home—I’m a major night owl—but not at Cannes, where the first big Competition screening kicks off every morning at 8:30 a.m. sharp. Critics here are bleary-eyed enough as it is. Missing this film was not an option, though, so up I stayed.

Love lets you know what you’re in for right away, opening with a lengthy scene, shot in an unbroken take, of a man and a woman gently masturbating each other to orgasm. Noé’s film is pornographic without being pornography, however. On the contrary, it’s an almost painfully earnest hindsight portrait of a failed relationship, in which the graphic fucking is just one of several crucial elements. Noé’s stand-in here is an aspiring American filmmaker named Murphy (Karl Glusman), who’s attending film school in Paris and longs to make a movie that would show real sex in the context of a tender love story. (Noé really doesn’t want anyone to misunderstand his intentions with this film.) Early on, Murphy—who lives with Omi (Klara Kristin), who bores him now, and their small child—receives a worried voicemail from the mother of old flame Electra (Aomi Muyock), who’d dumped him a couple of years earlier. This message triggers a long, non-linear flashback to Murphy and Electra’s passionate romance, which ended not long after they made the mistake of inviting Omi, their friendly new neighbor, to share their bed.

Reportedly, Love is heavily autobiographical, and Noé even shows up (wearing a bad wig) as Electra’s ex-boyfriend, whose name is Noé. (Murphy and Omi’s son, meanwhile, is named Gaspar.) There’s virtually nothing distinctive about the film’s central relationship, however, apart from the porn aspect. The problem with Noé’s ambitious concept is that it requires (a) world-class actors who are (b) willing to actually screw each other on-camera. As generally happens in this scenario, (b) wound up overriding (a); the kindest thing that can be said about Glusman and Muyock is that they’re not entirely inept. Even had Noé been able to persuade, say, Vincent Cassel, Monica Bellucci, and Anaïs Demoustier to take the roles, though, Love would only have had a prayer of working had he let them improvise most of their dialogue, as he allowed Cassel, Bellucci, and Albert Dupontel to do in Irreversible. These actors stick to the banal script, and so the film’s only extra-sexual interest lies in Noé’s formal approach, which strings together a long series of time-jumping flashbacks using the slideshow/eyeblink effect (match cuts separated by brief blackouts, with bodies occupying the same space in the frame) that he introduced in Enter The Void. Remove all the X-rated material from Love and it would look like an arty version of (500) Days Of Summer, witlessly written and performed by amateurs. Not worth losing any sleep over, really.

As it happens, even if I hadn’t gone to see Love, I probably still would have lain awake much of last night, fretting about what a philistine I’m going to look like when I confess that Hou Hsiao-Hsien’s widely beloved The Assassin didn’t do a whole lot for me. This is nothing new, I should quickly note—I’ve never been much of a Hou fan, and prefer early, pastoral works like A Summer At Grandpa’s (1984) to consensus masterpieces like A City Of Sadness (1989) and Flowers Of Shanghai (1998). (My favorite thing Hou has ever done, by far, is the first segment of Three Times, mostly because it feels more like Wong Kar-wai than like Hou.) That said, I was cautiously optimistic about The Assassin, because it appeared to be a wuxia film—Hou’s equivalent of Wong’s The Grandmaster and Zhang Yimou’s Hero. Technically, it is, but I should have realized that Hou would always rather make a stillness movie than an action movie. After a genuinely exciting black-and-white prologue, which introduces title character Nie Yinniang (Shu Qi) expertly invading homes and killing folks, this 9th-century tale of complex political intrigue, adapted from a story written around that time, settles into its primary business: being stunningly gorgeous. The Assassin, which Hou shot almost entirely in the Academy ratio (there’s one wider sequence, for some reason), ranks among the most beautiful movies ever made, and will delight any viewer for whom that qualifies as more than enough. If gorgeous still images were my primary interest, however, I’d spend less time in movie theaters and more time in museums, or leafing through photography books. My issue with Hou’s films is that they’re fundamentally pictorial, and that’s not what excites me about cinema. Each shot is a discrete syntactic unit; rarely do successive shots relate to each other. And when the camera moves, it’s almost always in a creeping lateral motion that seems entirely unmotivated. Fights flare up in The Assassin now and again, and they’re beautifully choreographed, but they generally end seconds after they begin. Clearly, Hou could have made a kinetic, thrilling action movie had he wanted to do so. He didn’t. I respect that, but I’d much rather look at stills from this film than watch it again.

The opposite is true of Paolo Sorrentino’s Youth, which has been much less rapturously received. It’s not a great movie, but Sorrentino’s style of beauty can’t be captured in stills; it’s rooted entirely in editing, in the musical flow of images as they cascade across the screen. To emphasize this, one of Youth’s two protagonists, Fred Ballinger (Michael Caine), is a retired conductor, seen at one point improvising a symphony from the sounds of nature surrounding him. (More cowbell. Literally.) Fred has spent the past 20 years vacationing at a ritzy Swiss spa—Youth’s sole setting—where he’s often joined by his film-director friend Mick Boyle (Harvey Keitel), who’s also his in-law: Mick’s son is married to Fred’s daughter (Rachel Weisz). The sudden breakup of that marriage provides one small bite of narrative, and efforts to persuade Fred to give a command performance for Queen Elizabeth in exchange for a knighthood, which he steadfastly refuses to do, provides another. Mostly, though, Youth is a just a series of wry observations, touching on the expected matters of aging and regret, but also on the nature of art, romance, sex, collaboration, family, and other topics. (Given the poster, which shows Caine in the background and a young woman’s bare ass in the foreground, there’s a lot less leering in the film than I’d feared.) Sorrentino’s films are intensely rhythmic, and this one keeps the tempo light and airy for over an hour before it finally starts straining for effect (beginning with a showily disruptive cameo by Jane Fonda, which people who otherwise hate Youth seem to love), at which point the spell gets broken. But there are intuitive juxtapositions throughout that captivate me more than does The Assassin’s inert loveliness.

Tomorrow: I don’t expect a lot of inert loveliness in Takashi Miike’s Yakuza Apocalypse, which is only screening once here, at an inconvenient time, and is therefore wreaking major havoc on my schedule. Hopefully, I’ll also be able to see the latest from Romanian director Corneliu Porumboiu (Police, Adjective), as word from the first screening is outstanding.