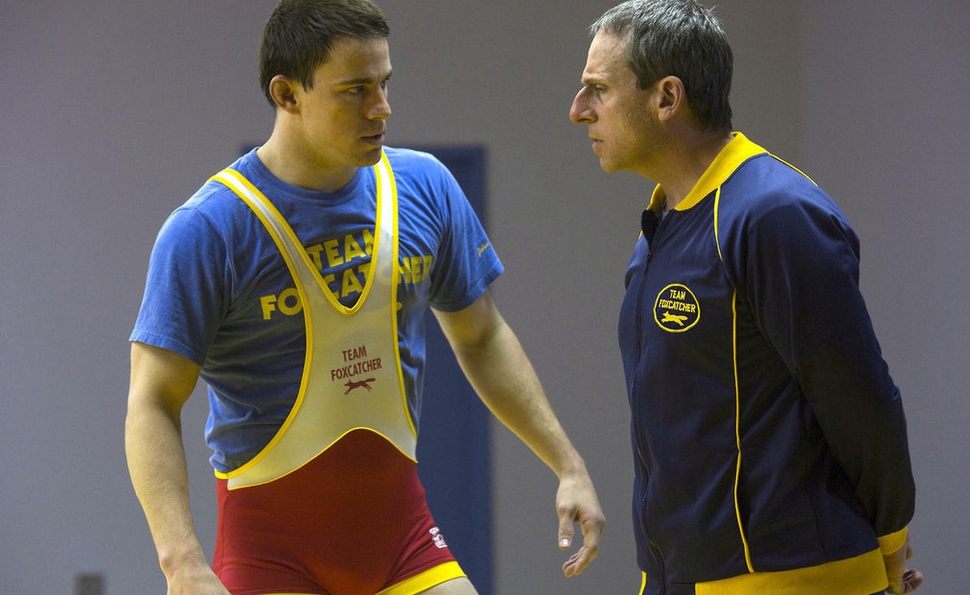 One of my daily rituals at Cannes is picking up the four major trade magazines that are distributed (free) all over town: Variety, The Hollywood Reporter, Screen, and Le Film Français. Mostly, I’m looking for reviews, but both Screen and Le Film Français also publish a handy critical roundup, with the former polling nine journalists from around the world (but mostly from Europe) and the latter collecting ratings exclusively from French critics. These two surveys usually agree about which films are potential Palme d’Or contenders and which stank up the joint, but every year sees a handful of fascinating, mysterious disparities. Here’s how it breaks down at the festival’s midpoint:

SCREEN
(average rating out of four stars; I broke the three-way tie by number of 4-star ratings)

LE FILM FRANÇAIS
(Note: these averages aren’t directly comparable to Screen’s, even though both essentially use a four-star scale. Just note the relative ranking.)

Winter Sleep is the clear favorite here, placing second in both polls. But while Screen’s critics love Mr. Turner, ranking it on top, the French critics give Leigh’s film a collective shrug, ranking it sixth. Conversely, the French quite like Saint Laurent, which gets an anemic 1.7 average from the Screen crew, just avoiding the ignominy of last place. And I don’t know what the hell is going on with the decidedly non-controversial The Wonders, which is all over the map in Screen (two 4-star ratings, two 1-star ratings, and everything in between) and almost universally despised in Le Film Français.

It’s all subjective, in short. I expect Foxcatcher, which screened this morning, to fare extremely well in at least one of these polls, and perhaps in both; initial reactions on Twitter suggest that it’s already perceived as a frontrunner in various Oscar races (Picture, Director, Actor, Supporting Actor). If y’all say so. Director Bennett Miller has now made three consecutive features based on real-life people and/or events, and to my mind his films suffer from a failure of imagination, skimming lightly (but often self-importantly) over the surface of the verifiable. Moneyball was saved by a witty screenplay (credited to Aaron Sorkin and Steven Zaillian) and wonky subject matter, but Foxcatcher, which explores the 1996 murder of Olympic wrestler Dave Schultz (Mark Ruffalo) by eccentric billionaire John E. du Pont (Steve Carell), is much more in the Capote vein, hitting one preordained story or character beat after another. Though burdened with a distracting, pointless fake nose, Carell plays against type effectively, speaking in a lethargic monotone and frequently looking as if he lacks the energy to even sit up straight in his chair; it’s a portrait of the emperor as a frustrated middle manager. There’s nothing inherently dramatic, though, about du Pont’s longtime relationship with Dave Schultz and his younger brother, Mark (Channing Tatum), which is only of interest because it ended in gunshots and prison time. The film struggles to create a context in which the climactic murder seems inevitable, but the facts don’t support a psychological case study—all indications are that du Pont more or less lost his mind in the weeks leading up to the murder, whereas most of Foxcatcher takes place almost a decade earlier—and screenwriters Dan Futterman (who also wrote Capote) and E. Max Frye (Something Wild—this is not) never manage to build a series of petty rivalries and resentments into tragedy. “I don’t see where [Foxcatcher] puts a foot wrong,” said one critic on Twitter, and neither do I (except for the nose). It’s not enough just to avoid missteps, though. You also need to have a worthwhile destination in mind.

For that, one needs a map! (I’m killing it with the segues to this film, no?) Opinions are much more sharply divided regarding David Cronenberg’s Maps To The Stars, and it would provide some welcome balance if I could count myself among the film’s champions. Alas, it turns out to be less a Cronenberg movie than un film de Bruce Wagner, the Hollywood satirist responsible for 1989’s dismally unfunny Scenes From The Class Struggle In Beverly Hills. Reportedly, Maps To The Stars was written around the same time, only now finally making it to the screen; that explains why so many of the jokes feel moldy, despite constant updated pop-culture references (Anne Hathaway, Mad Men, Chuck Lorre, etc.). The film’s largely nonsensical plot involves fictional movie stars (played by Julianne Moore and Evan Bird), ambitious wannabes (Mia Wasikowska, Robert Pattinson), and John Cusack as some sort of literal massage therapist who has his clients work through their past trauma while he works their glutes. Mostly, though, it’s just an excuse for Wagner to depict “scathingly” bad behavior, as when Moore’s fading starlet leaps around her house with joy upon learning that a rival’s adorable little son has just drowned, freeing up the plum role that Moore had just lost to said rival. Cronenberg, for his part, shoots this cavalcade of random potshots as functionally as possible—this is easily his least visually distinguished film (and also, perhaps not coincidentally, the first film he’s ever shot in the U.S.). Hollywood may be a nest of vacuous vipers, but it deserves a less feeble takedown than this.

Once again, the day’s Competition titles wound up being outshone by a sturdy little genre film screening elsewhere. It’s been 14 years since I last checked in with Danish filmmaker Kristian Levring, whose The King Is Alive was the fourth Dogme 95 production. That movement prohibited “superficial action,” but there’s nothing else to be found in Levring’s new film, The Salvation, a refreshingly old-school Western that, apart from some front-and-center brutality, could have served as a programmer back in the 1950s. Mads Mikkelsen plays a Danish expat whose wife and young son are murdered by hooligans pretty much the instant they arrive in America, some seven years after he did. Only after our hero kills the men responsible does he learn that one of them was the brother of the town enforcer/psychopath (Jeffrey Dean Morgan), who naturally vows revenge. There’s no revisionism here, and no originality, either. It’s just an elemental face-off between good and evil, though the dead brother’s widow—a scarred, tongueless mute named Madelaine (Eva Green)—occupies a nebulous gray zone between the two. In the Western’s heyday, The Salvation would have been so unexceptional as to seem beneath notice; today, it’s a thoroughly entertaining throwback, moving at a brisk clip and giving its impressive cast (which also includes Jonathan Pryce as the town mayor/undertaker and Douglas Henshall as the cowardly sheriff) the opportunity to embody cherished archetypes. Hopefully, one of the films in the festival’s back half will be its true salvation (Holy Motors hadn’t screened yet at this time two years ago; nor had Only Lovers Left Alive last year), but this one will do for the moment.

Tomorrow: Cannes perennials Jean-Pierre & Luc Dardenne put in a bid for their umpteenth prize, in a film starring Marion Cotillard rather than some unknown (or Olivier Gourmet). Also, Asia! Specifically, the latest from Zhang Yimou (playing out of Competition, which seems worrisome) and Naomi Kawase (who says Still The Water is her masterpiece and deserves the Palme d’Or. Classy!).

(Mike D’Angelo’s Day One coverage of Cannes covered Nicole Kidman in Grace Of Monaco and the latest from Mike Leigh. Day Two suggests putting Atom Egoyan out to pasture, and checks in with Israel’s Keren Yedaya. Day Three slogs through two long, not-always-rewarding films by Nuri Bilge Ceylan and Bertrand Bonello. Day Four covers the chilling It Follows and a new Western by Tommy Lee Jones.)