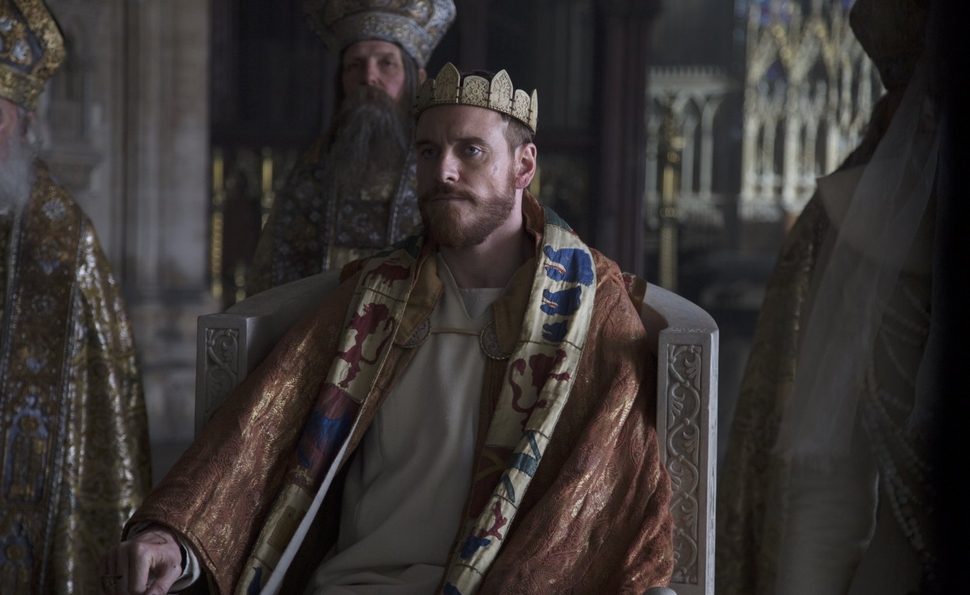 As I write this, there remains one Competition film (out of 19) that I haven’t yet seen: Guillaume Nicloux’s Valley Of Love, starring Gérard Depardieu and Isabelle Huppert. (Both official press screenings conflicted with the sole screening of Yakuza Apocalypse, and priorities are priorities.) Nobody seems to consider it especially prizeworthy, though, so I’ll risk going ahead with my annual erroneous award predictions—accompanied, as ever, by my idiosyncratic personal choice for each honor.

WARNING: These predictions will be wrong. All of them, if this year is like most years. (Occasionally I get lucky in a single category.) It’s nearly impossible to guess what a small jury will favor, especially one that includes the Coen Brothers, Guillermo Del Toro, Xavier Dolan, and Sienna Miller. I am not responsible for any wagers you may lose by relying on what follows. (However, I will gladly take a cut of any winnings.)

Will win: Son Of Saul. A lot of people are predicting Hou Hsiao-Hsien’s The Assassin, but my gut feeling is that it’s too arm’s-length to win the hearts of a jury that isn’t entirely composed of highbrow cinephiles. Meanwhile, many of the other acclaimed films that might have a shot feel somewhat minor, which is decidedly not a problem for a movie set entirely in Auschwitz II-Birkenau. If there are opposing factions that can’t reach an agreement, this is almost certainly going to be the compromise choice.

Should win: Sicario. Every criticism I’ve read or heard about Denis Villeneuve’s subversive cartel drama doubles as a reason I think the film is inspired. In particular, a big facepalm to all the folks complaining that Emily Blunt’s tough-as-nails protagonist gradually gets squeezed out of her own movie, which is only the entire damn point. This was my least anticipated Competition title, and I’ll be reminding myself of that fact for years to come as I drag myself to other apparently unappetizing films. You never know.

Will win: The Assassin. I do think Hou’s gorgeous film will find enough champions on the jury to win something, though I’m torn between this award and Best Director. It’s also possible that Son Of Saul will land here, if only because it’s extremely rare for a director to win the Palme d’Or for a debut feature. Has it even happened since Soderbergh? Let me check. [Pause.] It has not. Hmm. I’d forgotten about that angle. Not gonna change my prediction (since it’ll be wrong either way), but something to consider.

Should win: Carol. There’s a touch of deflating inevitability surrounding the wild acclaim Todd Haynes’ period lesbian romance has received—it’s superb in exactly the way that anyone who’s seen Far From Heaven and Mildred Pierce would likely expect. Not every great film needs to break new ground, however, and Carol showcases Haynes at the height of his power: confident enough to let his first-rate cast tell Patricia Highsmith’s ahead-of-its-time story, with a few judiciously expressionistic assists.

Will win: Jia Zhang-ke, Mountains May Depart. Bear in mind that Cannes’ rules don’t allow the jury to give two non-acting prizes to the same film, which rules out (in terms of my predictions) Son Of Saul’s László Nemes and The Assassin’s Hou Hsiao-Hsien—both of whom would otherwise be obvious contenders (and one of which will likely win if I’ve guessed wrong above, which I have, guaranteed). So let’s go with the highly respected movie that employs three different aspect ratios.

Should win:  László Nemes, Son Of Saul. Easiest pick this year. I have issues with Saul’s screenplay, but what Nemes does formally with this film is gobsmacking—so much so that some critics (predictably) find it obscene. To my mind, he’s found the ideal means of representing the Holocaust’s horrors: neither fetishizing them nor eliding them, but keeping them right on the periphery of visibility. You see just enough behind and beyond Saul’s tortured form to ensure that you don’t want to see any more.

Will win: Cate Blanchett, Carol. This could also conceivably be given jointly to Blanchett and Rooney Mara, which would be apt, as each performance depends heavily on the other. The movie is called Carol, though, not Therese, and Blanchett is the two-time Oscar winner, so in the more likely event that only one woman is honored, it’s almost certain to be her. No complaints here—she’s magnificent, providing the sort of regal, subtly knowing old-Hollywood glamour that’s rarely seen anymore. Seductive as hell.

Should win: Bebe Cave, Tale Of Tales. This is a cheat, to be honest—I, too, would give the prize to Blanchett. But rather than toss more superlatives her way, I’d rather single out the performance at Cannes 2015 that inspired me to look up a name I’d never seen before. As the damsel in distress who unexpectedly takes center stage in the best of Garrone’s three fairy tales, Cave starts out meek and insignificant, then gradually catches fire; don’t be surprised if she starts landing the kind of roles Emma Thompson played 20 years ago.

Will win: Jesuthasan Anthonythasan, Dheepan. This pick is strictly a hunch. Anthonythasan isn’t a professional actor, but his soulful charisma, combined with the parallels between his role and his own history (should the jury be aware of them), might make him irresistible. I also tend to assume that both acting prizes won’t go to big stars, though I’ve been wrong on that score several times in the past. If I’m wrong again, Chronic’s Tim Roth or Macbeth’s Michael Fassbender is the most likely beneficiary.

Should win: Vincent Lindon, The Measure Of A Man. Lindon does perfectly solid work in the film’s first half, which allows him to strenuously argue with various obstacles to his financial security. But it’s the second half, after his character lands a job as a retail security guard, in which he demonstrates what screen acting is all about, even as his dialogue slows to a trickle. An epic struggle takes place within a countenance intent on remaining placidly watchful; Lindon pulls off the same remarkable trick that Anthony Hopkins did in The Remains Of The Day, somehow being at once opaque and transparent.

Will win: Nanni Moretti & Francesco Piccolo & Valia Santella, My Mother. A completely cynical guess, based entirely on how inexplicably beloved Moretti’s film is in the critics’ polls. Its screenplay is one of its bigger problems, since it’s basically two unrelated stories that have been clumsily stitched together. But if the jury likes My Mother as much as others do, they’ll want to reward it somehow, and Screenplay seems like the most credible category, if only by process of elimination.

Should win: Yorgos Lanthimos & Efthimis Filippou, The Lobster. Of all the films in Competition this year, The Lobster is the one that most depends on its premise, as well as the one that would probably be the most fun to read were the movie itself unavailable. I still think the animal aspect is fundamentally irrelevant, but that’s offset to some extent by how many good jokes it facilitates.

(There’s also a Jury Prize, which usually goes to a film—in which case it’s viewed as third prize—but sometimes goes instead to an actor or technician. I’ve given up trying to predict that one. My own third favorite of the Competition films, after Sicario and Carol, would be The Lobster.)

A few other quick notes on random topics:

Okay, I have either one or two more films to see (depends what wins Un Certain Regard) and then a plane to catch. Thanks for taking this journey with me—hopefully your cinematic dance card for the next year or so filled out a bit. I’ll pass the baton now to Dissolve headquarters for the actual awards, which will be announced while I’m incommunicado. Au revoir!