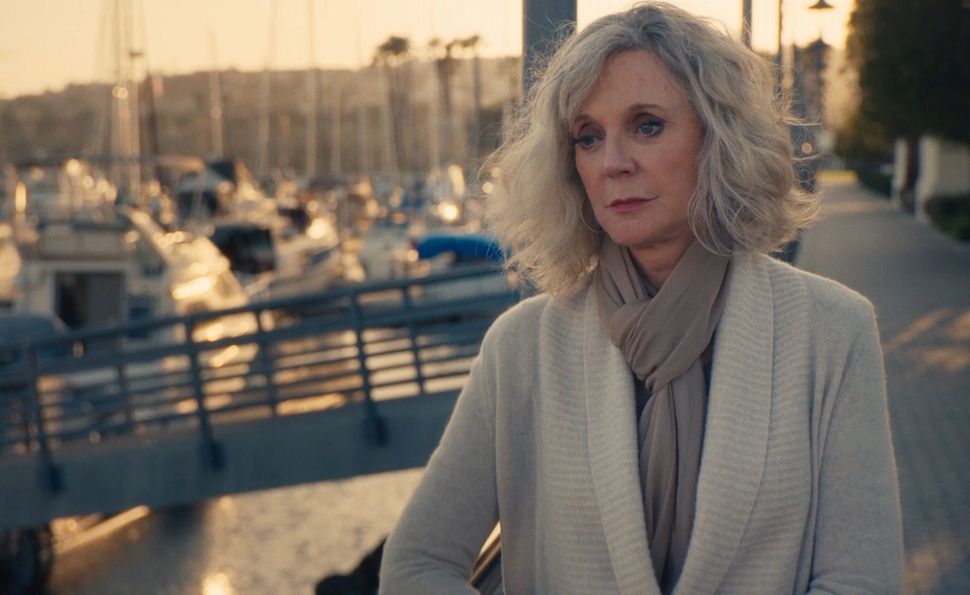 I’ll See You In My Dreams

Decrying film clichés is easy. Replacing them with something worthwhile is much harder. Tropes become tropes because they’re often the straight-line, natural-feeling answer to common story problems: how to make a character relatable, an arc satisfying, or a story tidy. But while the storytellers who try to dodge well-worn, familiar narratives deserve recognition for trying harder, the road to hell isn’t the only one paved with good intentions. Films like Brett Haley’s sleepy I’ll See You In My Dreams show that just avoiding safe, lazy choices isn’t enough to make a strong film: It’s necessary to make decisive and meaningful choices as well.

Haley and co-writer Marc Basch have their hearts in the right place. They’ve created a film about senior citizens that acknowledges them as people, not pathos machines or wisdom dispensers. They’re frank about senior sex, without being coy or lurid; they treat it as an unremarkable fact of life. They focus on female friendships without making them catty or fickle. They avoid cheap melodrama, cutesiness, big life lessons, and predictability. But while they’re steering clear of so many pitfalls, they don’t give the impression that they’re steering in any specific direction. The film is a parade of barely connected events, presided over by a barely connected protagonist.

Carol Petersen (Blythe Danner, still gorgeous at 72) is a well-heeled California retiree with a great deal of time on her hands. She mostly spends it drinking wine and watching TV, but without seeming bored or dissatisfied. She owns a lovely, immaculate home; she makes herself nice little meals; she dresses primly but stylishly, with a flair for accessories and fitted clothing that emphasizes her compact trimness. Everything about her world suggests order and contentment, on an extremely small scale. And so goes the whole film, as events that would be grand, heartbreaking dramas in other movies just rock her boat slightly, leaving her at worst a little less settled.

The first boat-rocker is the death of her aging dog Hazel, whom she puts to sleep in a painful opening sequence that marks the movie’s emotional climax. It’s all calmer waters from there, as she makes casual friends with her new pool cleaner Lloyd (Martin Starr), plays bridge with her biddy buddies Rona, Sally, and Georgina (Mary Kay Place, Rhea Perlman, and June Squibb, respectively), and has a pleasant visit with her adult daughter, Katherine (Malin Akerman). There are little incidents along the way—a rat keeps showing up in Carol’s house, Lloyd finds out she was in a band decades ago and persuades her to try karaoke, the bridge girls bust out the medical marijuana and go on a giggly munchies run—but it’s all low-stakes business. Then Carol starts a cautious, pleasant fling with placid cowboy-type Bill (Sam Elliott), her first relationship since her husband died 20 years earlier. As with all things in I’ll See You In My Dreams, there are sparks, but no fireworks.

Even among a great ensemble of actors, Elliott stands out. Bill’s no-fuss amusement and old-school, gentlemanly version of macho come closest to making the film feel distinctive, instead of droning. He sells the romance well; it’s easy to see why Carol allows him into her well-ordered life, given how he rolls up with a compliment and an insouciant Han-Solo-at-70 smirk. But he’s a relatively small part of the film. When the filmmakers abruptly sideline Bill (see The Reveal for more), it feels like a daringly unconventional choice, but it’s also frustrating. The film is at its best when it’s exploring Carol and Bill’s comfortable rapprochement, which comes with more affable curiosity than longing or passion. Once he moves on, the story becomes a hangout movie, with Carol patiently marking time with the dull, monotonal Lloyd. When she asks about his plans for the future, he mutters “I’m not in a plan-making place.” That goes for nearly everyone in the movie. It’s a film that never exits its holding pattern, no matter what else happens.

Dreams strongly recalls another recent later-life portrait of a woman on her own: Sebastián Lelio’s Chilean feature Gloria, about a middle-aged divorcée with a similarly even-keeled attitude. Both films suggest that part of aging gracefully is accepting setbacks philosophically, without getting exercised about them. Both are emphatically calm, and both capture some little-seen-on-film truths—in Dreams’ case, how friendships between older people tend to focus more on a congenial present than digging into each other’s pasts. Or how inter-gender friendships become easier with age, once the sexual Sword of Damocles looms less urgently. (Carol and Lloyd repeatedly eye each other to check whether an innocuous offer of coffee, or some hang-out time, is actually a come-on; they both seem relieved when it isn’t.)

But Gloria has its moments of vast joy and deep despair, and its striking cinematography adds some flavor to its low-energy groove. Dreams has none of these things. Its only visually distinctive feature is Danner’s startlingly vivid eyes, which the filmmakers capture in close-up over and over. Other than that, the film lacks any visual snap or panache to offset the tonal and narrative blandness. At best, it’s a reasonably sweet, unchallenging character piece that won’t insult older viewers by reflecting them poorly or shallowly. That feels like an accomplishment in itself. But in its relentless lack of significant affect or movement, it feels less like How Stella Got Her Groove Back, and more like How Stella Settled Deeper Into Her Rut.

GoWatchIt: Buy. Rent. Stream I’ll See You In My Dreams