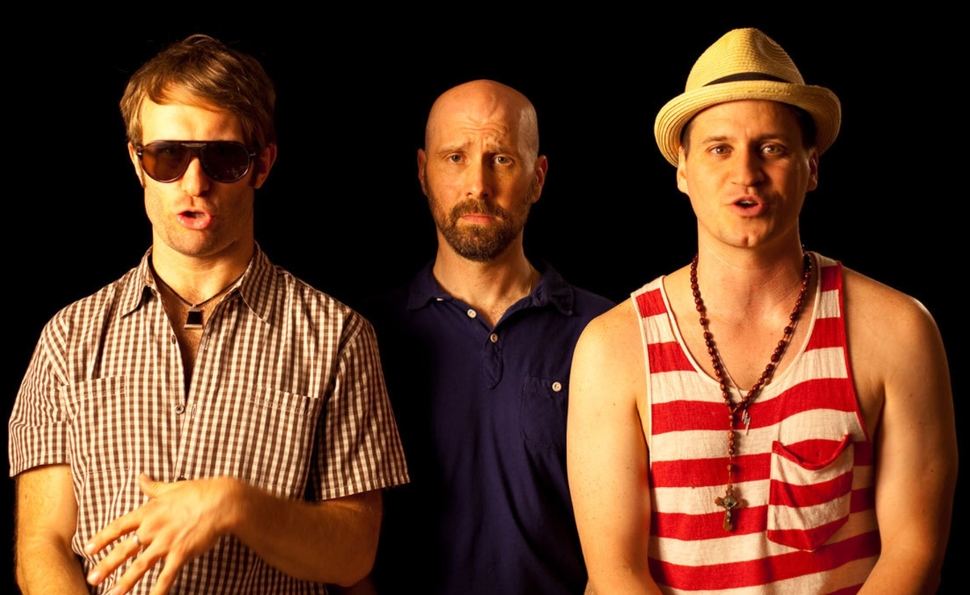 Do I Sound Gay?

At the start of David Thorpe’s docu-essay Do I Sound Gay?, the Brooklyn-based writer finds himself alone again in his early 40s, after breaking up with his boyfriend. “I’m not totally satisfied with the person that I am,” he says into the camera, before wondering if the reason he lacks confidence is because of the way he talks. As an openly gay man surrounded by other openly gay men, Thorpe worries that he defaults too often to a tone of speech that’s soft, effete, and juvenile. So he hires voice coaches, and while he documents the process, he also travels around the country and talks to scholars and gay celebrities about what it means to “sound gay”—and about whether his earnest attempt to shed his vocal affectations is a self-hating betrayal of everything the LGBT community has fought for over the last 50 years.

Do I Sound Gay?’s divide between the personal and the cultural/historical gives the film two strong threads, which is more than enough to pull it through 77 brisk minutes. On the personal side, Thorpe finds his most fruitful material when he visits his family and old friends, and asks when his speech started to turn. He describes growing up in a South Carolina town where as a teen, he was harassed whenever he sounded too effeminate, which forced him to figure out how to pass as straight. But then he hears from some classmates who remember when he first came out in college, and how he tipped so far into flamboyance that he struck them as phony—no longer himself. This becomes the documentary’s big question: Is Thorpe’s vocal inflection purely performative, or is it a natural part of who he is?

Do I Sound Gay? isn’t interested in the the old “nature vs. nurture” debate over the origins of sexual preference, but Thorpe does wonder about the societal conditions that have caused so many of his gay friends to have similar ways of presenting themselves. He doesn’t remark on it directly, but he does open the film with shots of the Dollywood coffee mug and Hello Kitty shower curtain in his apartment, as if to suggest that he may be so surrounded by camp that his baselines for “straight” and “queer” may be heavily skewed. Between interviewing the likes of Dan Savage, Tim Gunn, David Sedaris, Don Lemon, and George Takei, Thorpe has conversations about his project with his New York friends, in what at times becomes like a documentary update of The Boys In The Band. Thorpe and his social circle debate whether there’s anything wrong with the way they talk, while admitting that they often tone it down considerably when they’re in professional situations surrounded by heterosexuals, and that doing so makes them feel worse about how they behave the rest of the time. They also get into why they might see something wrong with mincing, partially blaming the mainstream media’s long history of portraying gay men as either frivolous or vicious.

Thorpe can’t really get anywhere definitive with Do I Sound Gay?, since this is ultimately more a set of musings than a story. Some part of him understands from the start that he isn’t going to change much, so his therapy experience eventually becomes less about remaking himself and more about understanding the actual mechanics of being “masculine.” (For example: He learns that straight men tend to say, “Hi, how are you,” rather than asking it like a question.) This documentary isn’t a Super Size Me, or any other kind of filmed experiment. Thorpe’s real object is to stop taking traditional behavioral codes for granted.

But there’s also an understated, unexpectedly moving arc to this film, which considers how exaggerated “gayness” has been an important part of one subculture separating and defending itself from hostile environments—and then asks whether that’s still necessary in a country with legal gay marriage. Do I Sound Gay? gets into the mysteries of homosexual attraction and eroticism, and suggests that if Thorpe wants the kind of long-term relationship that Takei, Sedaris, and Savage have, he’ll have to get over his fetishization of the macho and learn to accept himself. That’s a poignant, powerful conclusion, all from asking one question.