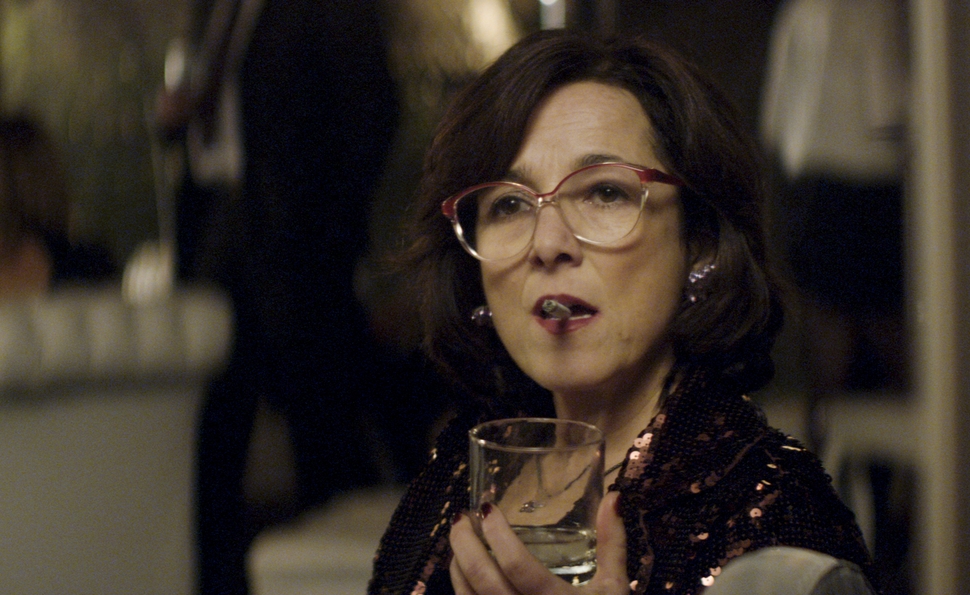 In a more conventional movie than Gloria, Chile’s official submission for 2013’s Best Foreign Language Film Oscar, what happens between the title character and her lover would be the film’s emotional motherlode, a rich vein to tap for angst and anger. Gloria (Paulina García), a middle-aged divorcée with adult children, a new grandchild, and another on the way, starts dating another divorcé with his own grown children. When he lets Gloria down, she definitively cuts him out of her life; after he begs for another chance, he finds a way to let her down again, and she reacts definitively and colorfully. But none of these developments are played for big drama, and there’s no sense that they mean much to Gloria, apart from some deep momentary exasperation. A mature life has so many daily demands and dramas, director Sebastián Lelio and his co-writer Gonzalo Maza suggest, that a failed romance just isn’t worth that much fuss.

On paper, Gloria looks like an early Pedro Almodóvar comedy: The title character is a sexually adventurous woman who isn’t letting age slow her down, and she frequently goes dancing alone, finding partners in the moment—for dancing, and for more private activities. She has a job, she tries new things, she spends time with her children, both socially and in the yoga classes her daughter teaches. Meanwhile, she deals with the noisy emotional breakdown of an upstairs neighbor, and a roving hairless cat that keeps turning up in her apartment. There’s a sense that her life is so busy, it could become manic, if she didn’t handle it all with such studied aplomb. She isn’t emotionless or affectless—she takes joy in the film’s energetic, far-ranging soundtrack, singing along in the car or at her club. She weeps over her daughter’s decision to join her boyfriend in his home country. When Gloria’s lover Rodolfo (Sergio Hernández) sends her on a thrill ride at his paintball course, or the Spanish version of the Laura Branigan hit “Gloria” pops up in the play rotation at her dance night, she exhibits a compelling, outsized joy that speaks to her irrepressible character. But she’s supremely balanced and self-contained, and takes problems in confident stride.

Gloria’s primary problem is that highly internal people often don’t make for compelling cinema, and neither do well-adjusted characters who deal with their issues practically and sensibly. Gloria is enjoyable as a rich portrait of a multi-faceted character, and as the rare case of a film that portrays an older woman (or any aging protagonist, really) as self-sufficient and largely happy, without worriting away about physical breakdowns, past failures, or feelings of inadequacy. Most films past the mid-life point either don’t acknowledge romance and sexuality, or make it the central point of the story; the frank, comfortable, yet warmly erotic way Gloria deals with it is a breath of fresh air. And yet there’s a sameness to the flow of the entire movie, a sense that the protagonist would deal with any and every development—a death in the family, a zombie breakout, an alien invasion—with the exact same controlled emotions and knowing smile.

Still, while Gloria lacks impact, urgency, or any sense of rising and falling action, it’s beautifully rendered through Benjamín Echazarreta’s warm lens and García’s subtle performance. First seen sitting at a bar by herself, looking lonely and bereft as people dance around her, Gloria seems like a dumpy owl, a portrait of unattractive neediness. But the second she fixes on a conversational target, she lights up and becomes a different person: Over the course of the film, a smile, a little flirtatious coyness, sexual arousal, and a moment of steely determination each make her beautiful in different ways. This is García’s movie—she’s in every frame of every shot, and the movie doesn’t concern itself with other people when they’re outside her circle of influence. Given a big stage and the freedom to explore it, she sells her story with warmth and authenticity. Neither the film nor her character has space for needless histrionics or big drama; both know exactly what they want, and offer it with pride. It isn’t riveting, but it’s appealing, as confidence so often is.