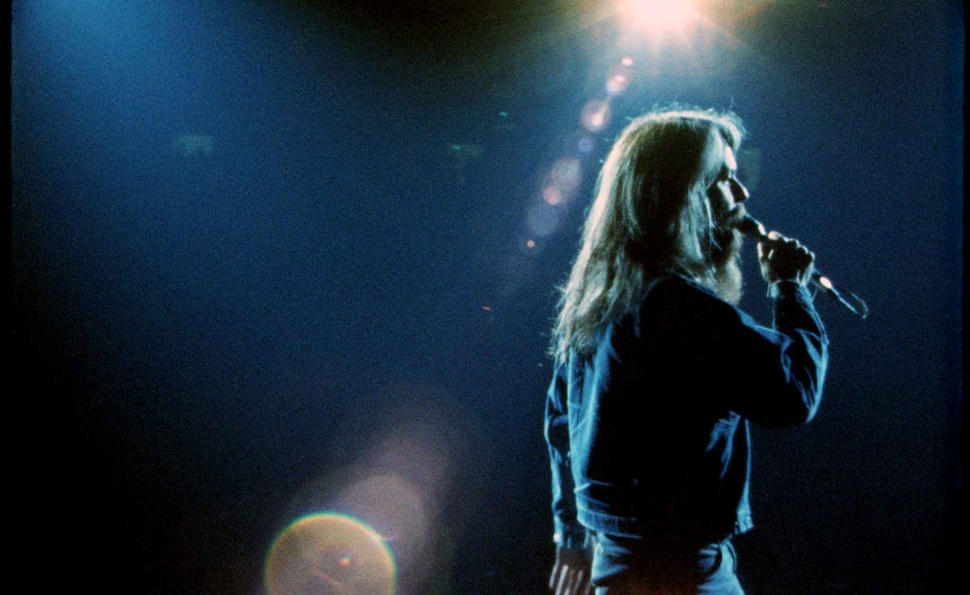 A Poem Is A Naked Person

Last year, Criterion released the essential box set Les Blank: Always For Pleasure, containing more than a dozen of the late documentarian’s movies, covering his fascination with food, music, and folk art. But as generous as that set is, it isn’t comprehensive. It’s missing Blank’s best-known work, the Werner Herzog profile Burden Of Dreams (available on its own Criterion disc), and it doesn’t have A Poem Is A Naked Person, which was known for years among the director’s fans as the great lost Les Blank film. Shot off and on between 1972 and 1974, A Poem Is A Naked Person is ostensibly about rootsy rock star Leon Russell, although as always, Blank approaches the subject in a roundabout way. Rumor has it that a big reason this documentary didn’t get distributed back in the 1970s is because Russell didn’t like Blank’s zig-zag style, and as the owner of the music rights and one of the doc’s chief financial backers, he had the power to kill the project. Russell did show up at a SXSW screening of a restored Poem earlier this year, but neither he nor Blank’s son Harrod (who’s spearheading the picture’s belated release) wanted to talk about what’s apparently still a sore subject.

Watching the film now, it’s easy to see two big reasons why the singer-songwriter might’ve been unhappy. First off, while Blank captured some electrifying concert footage of Russell, and some fascinating scenes of him and his band at work in a Nashville studio, a good third of A Poem Is A Naked Person consists of local color, shot around Russell’s native Oklahoma. Blank took up the musician’s time repeatedly over the course of two years, then rewarded Russell’s patience with a finished movie that has almost as many images of birds, sunsets, and local parachute contests as it does of the man who wrote “Delta Lady” and “A Song For You.”

Also, frankly, Russell comes off as kind of an asshole in Poem. He dodges questions during the rare interview segments, complains about being self-conscious when he’s being filmed at a recording session, and during one of the film’s most bracing sequences, insults fellow songwriter Eric Andersen and then refuses to acknowledge the slight, or apologize. This may not be the most accurate portrait of Russell. He’s been described by his fellow musicians over the years as humble and generous—as evidenced by him launching the label Shelter Records and then signing a lot of his friends, some of whom appear in Blank’s movie. But in A Poem Is A Naked Person’s free-associative contemplation of Americana and “the American dream,” Russell’s surliness serves a purpose.

Because of that, it’s hard to endorse the opinion of some who’ve seen Poem at private screenings over the years and have called it one of the greatest rock-docs ever made. Blank’s film does have some of the appealing shagginess and digressiveness of the Rolling Stones tour movie Gimme Shelter, except that the Maysles brothers and Charlotte Zwerin’s vérité classic actually sticks to its subject most of the time. Anyone who comes into A Poem Is A Naked Person knowing little about Leon Russell will leave having no idea about Shelter Records, his hit singles, his years working as a session musician during the boom years of Los Angeles pop and rock in the mid-1960s, or even why he’s singing so many old country songs during the studio scenes. (The answer: The Nashville sessions were for his throwback 1973 C&W record, Hank Wilson’s Back.) This documentary isn’t that informative or enlightening.

But it is excellent. Some of Blank’s juxtapositions are too on-the-nose, like when he layers a conversation about capitalism over footage of a snake killing a cute baby chick. But more often, the allusions are looser. A Poem Is A Naked Person is littered with striking moments that fit casually into Blank’s study of fame and aspiration, like the shots of a literal “goose chase” (where live birds are thrown into a crowd for the residents to catch and cook), or a scene where a little girl sings Three Dog Night’s “Joy To The World” to the guests at a wedding (who look on awkwardly when she gets to the parts about drinking wine and making sweet love).

The music in A Poem Is A Naked Person is terrific, not just from the spry Russell, but also a non-bearded Willie Nelson and a sweet-voiced George Jones. Blank makes sure to weave the simple, earthy songs through images that show the lifestyle that inspired them—not just of small-town life, but of the pressures of managing a music career and dealing with envy. Poem’s most memorable characters aren’t the mega-stars, but people like the shaggy young studio musicians who refuse to listen to anyone who tells them they aren’t “going to the top,” and the the folks working on constructing Russell’s new house, who look at what the rocker’s money is buying and sigh that it must be nice to get paid to do what you want.

GoWatchIt: Buy. Rent. Stream A Poem Is A Naked Person