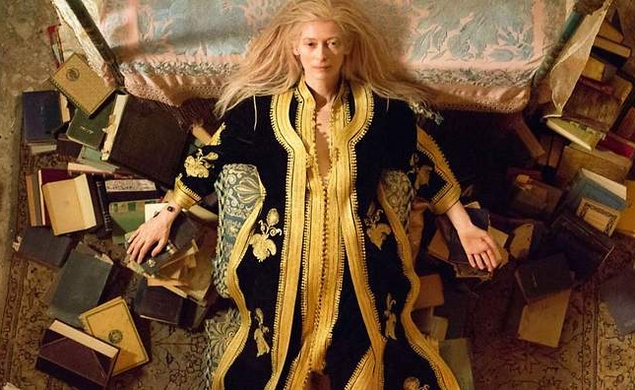 Harbinger of doom: Women groped by Harvey Weinstein, Cookie Monster
Earlier this month, Female Stuff reported that a 22-year-old model had accused Harvey Weinstein of groping her in his office. The story temporarily cracked open the can of worms that is Harvey Weinstein’s history of despicable behavior toward women—Gawker put out an open call for stories, and several media outlets published pieces condemning him, suggesting that justice might finally be done. But two weeks later, that can of worms is already resealed. (But it’s still full of worms. We won’t forget the worms.)

Variety reports that Harvey won’t be charged in the groping incident. “This case was taken seriously from the outset, with a thorough investigation conducted by our Sex Crimes Unit,” said Joan Vollero, spokeswoman for the Manhattan District Attorney’s Office. “After analyzing the available evidence, including multiple interviews with both parties, a criminal charge is not supported.”

Oh, okay. So it’s a he-said, she-said, and he’s a “towering figure” and she’s just, you know, a woman. In other words, Harvey will continue to (allegedly, I know, I know) hurl himself on women and see approximately zero consequences. In the (nonexistent) wake of this, there’s this demoralizing headline from Variety: “Big Softie Harvey Weinstein Opens Finding Neverland on Broadway At Last.” So we beat on, boats against the current, borne back ceaselessly into the past.

In a fun, related tale of absurd sexual harassment, A Times Square street performer dressed as Cookie Monster has also been arrested for groping a teenage girl. You know what? At least he was fucking arrested.

Sign of hope: Smart, influential people speaking out about feminism
There were several women, and one Mark Osborne, willing to throw their hats in the feminist ring this week. Here are a few great quotes from around the web:

Harbinger of doom/Sign of hope hybrid clusterfuck extravaganza: Superhero movie madness
Fun fact: I have rewritten this portion of Female Stuff at least twice because the news keeps shifting so quickly. Stop it, news.

We reported earlier this week that Michelle MacLaren dropped out of directing Wonder Woman due to “creative differences.” This was seriously depressing. MacLaren is a massive talent, and would have marked one of the only female directors to helm a big superhero feature. Plus, her departure hints at a troubling pattern: As Charles shared in his piece, this doesn’t mark the first time that a woman slated to direct a superhero movie exited early in the game due to “friction.” In 2011, Patty Jenkins was set to direct the second Thor installment; she and Marvel didn’t get along, and Alan Taylor took over. (As a happy aside, this move seriously pissed off Natalie Portman, who’s long been a proponent of women in film. I really like the idea of Natalie Portman getting angry about feminism.)

Faster than you can say “in your face,” news broke that Marvel picked up two female screenwriters for Captain Marvel, and was apparently looking for a female director for the film. THEN, Collider ran a report that Angelina Jolie was in the running for both Wonder Woman and Captain Marvel. But almost immediately afterward, it was revealed that Patty Jenkins would, in fact, be directing Wonder Woman. What the hell, you might ask? As Kate Erbland put it, “This is all bonkers.”

If Jenkins sees this one to fruition without compromising her artistic values, and if Jolie does get to helm Captain Marvel, this is all one big sign of hope. But what’s unsettling about all of this is the constant shuffling—what’s happening here? Are these female directors not getting the respect they deserve? Are they fighting back on scenes or characters or dialogue they see as sexist or problematic? Were they let go, or did they leave of their own accord? Is it just a coincidence that Jenkins and MacLaren have both stepped away from traditionally male-centric, male-helmed superhero franchises? (No.) My head is spinning here; let’s move on.

Harbinger of doom: Lack of LGBTQ representation
This week, GLAAD released the annual Studio Responsibility Index, which is a fantastically intimidating name for a study that looks at the releases from the seven major studios and determines which succeeded (and which failed) at representing characters that identify as lesbian, gay, or bisexual. This year marked the first time that GLAAD also looked at the work of smaller affiliated studios. Nobody is safe from the Studio Responsibility Index!

Unsurprisingly, the results were bleak. The study found that only 20 of the 114 movies (17.5 percent) that bowed last year had characters who identified as lesbian, gay, or bisexual. This is slightly more than in 2013 (16.7 percent), but still paltry as shit. And as the report notes, these slightly increased numbers don’t necessarily mean that LGBTQ representation was “better” this year—the majority of these characters were gay men, while only a third were bisexual, and one-10th were lesbian. Oh, and almost all of them were white. So, that’s super great.

Shall we keep going? Exactly zero of these films included a character who identified as transgender. Oh, and there were several “overly defamatory” depictions in several mainstream movies, including Exodus: Gods And Kings, Top Five, The Other Woman and Horrible Bosses 2. I haven’t seen either of these movies but I have never been less surprised about anything.

Get Hard received a particularly rough (like prison sex, right, Get Hard?) calling-out in the report: “While we were pleased to see Warner Bros. show real improvement in its LGBT-inclusive films [i.e., Tammy] in 2014, they also recently released the comedy Get Hard, one of the most problematic films we have seen in some time. This glaring lack of consistency seems to be common amongst almost every major film studio, showing a need for greater oversight in how their films represent—or don’t represent—significant portions of their audience. Only when they make those changes and catch up to other, more consistently inclusive media portrayals will we be able to say that America’s film industry is a full partner in accelerating acceptance.”

Amy’s got your back.
She’s in your corner.
She’s an honesty bomb.
And she’s coming for you.

Overall, was this a good, bad, or neutral week for women in movies, Rachel?
Bad. This was a bad week. Harvey Weinstein is basically shoving his hands into women’s pants all over the world with zero consequences; some of the year’s biggest movies insulted the LGBTQ population or ignored them completely; Marvel and DC are transparently scrambling to fix the fallout from Michelle MacLaren’s Wonder Woman departure (which may turn out okay, but WE’LL SEE); and even Cookie Monster is now a disgusting lech. At least we have Tilda Swinton’s poem, guys. Let’s just repeat Tilda Swinton’s poem to ourselves over the weekend as we consider the utter shambles of this week’s Female Stuff.