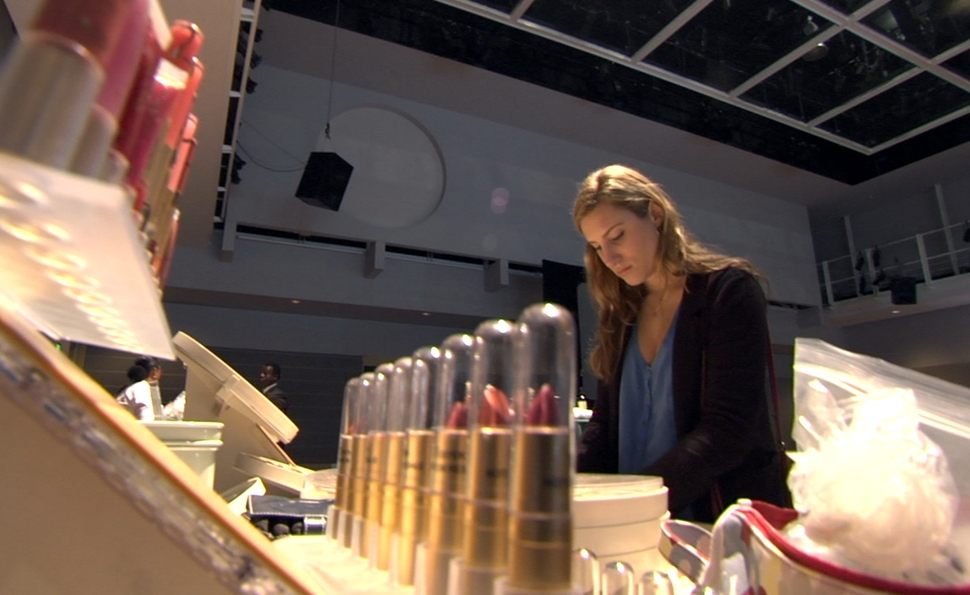 Early in the alarmist documentary The Human Experiment, there’s an oh-God-not-this moment. It comes during a montage of Americans who have come down with serious illnesses despite their healthy lifestyles, in accordance with national statistics showing sharp upticks in diagnoses like breast cancer. The film’s argument is that the chemical industry is playing a role in the sickening of America by obscuring the harmful side effects of many of its products. And there it is, coming after the woman with cancer and the infertility: a mysterious case of autism. Set teeth to “grit.”

Thank heavens that the film’s directors, Don Hardy Jr. and Dana Nachman (Witch Hunt), never return to that case to propagate one of the most dangerous scientific myths of the moment—the nonexistent link between vaccines and autism. But a sense of bated breath still persists throughout The Human Experiment, because with as little scientific information as the film provides, its flimsy lobs at the chemicals industry could have easily been used on vaccines or any number of other false causes. The movie’s style consists of tossing up a lot of heartbreaking medical stories next to a characterization of the industry as a mysterious monolith, and letting viewers finish the correlation in their heads. When it’s possible to use the same line of reasoning to push both truth and lies, different tactics are in order.

“Like a defendant in an American courtroom, a chemical is innocent until proven guilty,” intones narrator and executive producer Sean Penn. And that’s the guiding principle for the film’s argument: that Americans need to be paying more attention to the composition of their household products. As a general sentiment, it’s hard to disagree, especially for those with passing knowledge of DDT, BPA, asbestos, or any of the other proven harmful materials that have entered the national lexicon as cautionary tales. But humans are slow to learn, and there currently isn’t adequate regulation or research concerning most of the thousands of other ingredients inside our detergents, plastics, paint, and the like. Hence this attempt at a wake-up call.

But the devil is in the details, and Hardy and Nachman don’t have enough. They get some doctors, researchers, and journalists on camera. But much more time is allocated to personal journeys of the various activists trying to challenge organized industry, including a housecleaning service promoting eco-friendly products, and a teenage cosmetics activist from Marin County, California (the capital of vaccine denial—yikes). The film follows its heroes as they march into statehouses to meet with legislators, launch into chants outside an Abercrombie & Fitch store, and, at one point, slap “toxic chemical” stickers on drugstore deodorant. These segments are mostly either dull or silly; above all, they’re distracting. If an agitprop documentary isn’t even attempting to work as cinema, it should at least leave viewers with some usable information.

The bit that feels like it could work is a profile of Jennifer Canvasser. She’s an Ecology Center organizer and a young Ann Arbor mother who struggled with a reproductive disorder, and later lost her infant son to a common inflammatory illness that continues to mystify scientists. The footage of the Canvasser family is intimate, human, and heartbreaking. But there’s no way to demonstrate that their medical problems stemmed from exposure to harmful chemicals. So what remains is a personal tragedy followed by a general bubbling of activism, symbolized at one point by an endless dinner party where some of the protagonists give impassioned speeches to bored-looking guests.

Not all documentaries ending with URLs are equally devoid of artistic merit. Compare The Human Experiment to Robert Kenner’s Merchants Of Doubt, another slick 2015 message doc. Both films cover the diversionary tactics corporations use to cast doubt on scientific consensus. And one particular Experiment segment about flame retardants in furniture is near-identical to a sequence in Merchants, complete with the same legislative testimony footage. (Presumably it’s a coincidence.) Yet Merchants makes its case better. It lets investigative journalists rather than activists fill in the necessary information, and it edits the same testimony of chemical-industry shills in a more focused, compelling manner. That leaves The Human Experiment as the most unfortunate kind of media: a bad argument for a good cause.