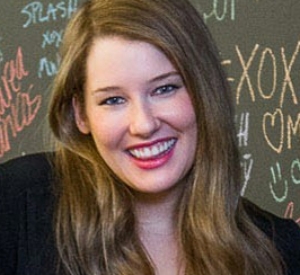 Rachel Handler (News Editor) was a macabre child who spent weekends in the bathtub reading R.L. Stine and hosting “scary movie Sundays” with her dad, then asking him (her dad, not R.L. Stine) to take her to cemeteries so she could meditate on the concept of death. She grew up (-ish), but stayed pretty weird, regularly forcing her horror-averse friends to watch Kubrick films against their will and, later, developing an unhealthy fixation with Mandy Patinkin. Career-wise, she’s followed a similarly off-beat path: After graduating from the University of Michigan—where she majored in English and minored in film, and wrote TV reviews and features for the Michigan Daily—she moved back home to Chicago, where she worked at a PR agency until finding a job as a writer and, eventually, editor at Groupon. She went on to write and edit entertainment and culture stories as the managing editor of the Chicago Sun Times’ Sunday Splash section. At The Dissolve, she edits and oversees the entire daily news section and writes the daily Newsies column and the weekly Female Stuff column. She can be reached at rachelhandler1@gmail.com.

Rachel's collection of work on The Dissolve