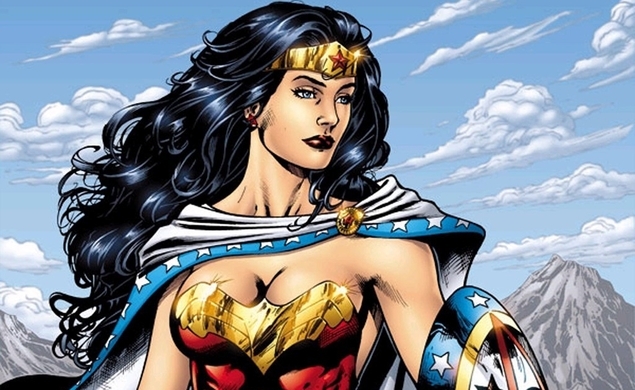 This is all bonkers. It’s been mere days—mere hours, really!—since Michelle MacLaren departed Warner Bros. and DC’s upcoming Wonder Woman feature, leaving the studio without a director and presumably back to the “we need a woman to direct this movie” square one that had inspired the entire search to begin with. MacLaren had proven to be a popular pick, an experienced television director (Breaking Bad, Game Of Thrones) who appeared ready to make the jump to tentpole fare, particularly the kind that requires both female sensibility and badass toughness (again, Breaking Bad and Game Of Thrones). MacLaren departed the feature, which she had been attached to since November, due to “creative differences,” though little else was said about what inspired the break.

It was all strangely familiar, really, as our own Charles Bramesco noted earlier this week on the occasion of MacLaren leaving the feature, “this does not mark the first occasion that a woman slated to direct a superhero feature has been ousted due to friction with the studio. In 2011, Monster director Patty Jenkins was all set to take the director’s chair on the second installment of Marvel Studios’ Thor franchise, then simply titled Thor 2. She and Marvel didn’t get along, and before you can correctly pronounce ‘Mjolnir,’ Alan Taylor had stepped in to take over.”

Which is why it’s so insane who Warner Bros. and DC have picked to helm Wonder Woman now. Guess. Go on. No, no, not Alan Taylor. Patty Jenkins. (Yes, I realize this information is contained within the headline, but come on, this is nutso.)

The Hollywood Reporter shares that WB and DC have wasted zero time locking a new director for the project, and that Jenkins has already closed her deal to direct the feature. As THR notes, “selecting Jenkins helps Warners avoid what some saw as a gender bias against women directors helming superhero tentpoles. Ironically, Jenkins would have been the first female director on a Marvel movie if she had continued on Thor 2. She will now become the first female director to handle a big project in Warner's developing DC universe.”

Since her departure from Thor 2, Jenkins has worked in the television realm, including gigs on The Killing and Betrayal. She has not directed a feature since 2003’s Monster. Wonder Woman is slated to debut on June 23, 2017.

But that’s not all! Just before THR reported that Jenkins had been locked for Wonder Woman, Collider ran a report that Angelina Jolie was in the running for both Wonder Woman and Captain Marvel. Jolie was previously rumored to be in the mix to potentially direct Captain Marvel, but the Collider report holds that they “now have confirmation that she’s definitely under consideration for the job” in addition to “also hearing that there’s the possibility she could direct Wonder Woman now that MacLaren has left the project.”

Of course, as is the case with all traditional Highlander situations, there could only be one. As soon as news of the Jenkins hiring broke, the outlet published an update that reads, “we still stand by our Marvel sources, however, that Jolie is in contention to take the helm of Captain Marvel.”

With Captain Marvel is not due until 2018, we just might be waiting to hear on this one for awhile (unless, of course, MacLaren signs on for that film, and the world actually implodes).