Furious 7 made even more money 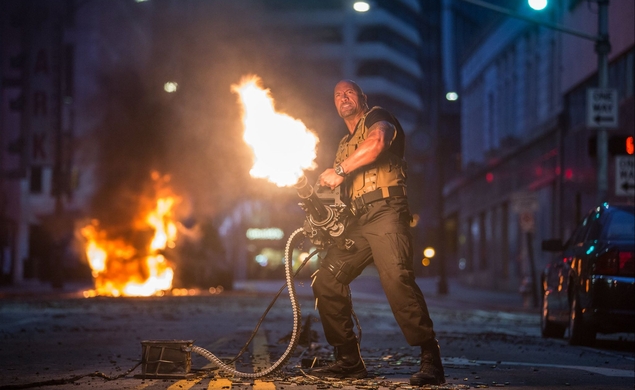 Remember last weekend, when Furious 7 made a lot of money? It just made a whole lot more.

In just two weeks at the box office, the seventh feature in the beloved blockbuster series has made over $250 million in domestic dollars alone, pushing it into first place in the Fast And Furious moneymaking race. That’s right, Furious 7 has only been in theaters for just two weeks, but it has already made more money than any other Fast And Furious film did during its entire run at the box office. So, yeah, Furious 7 made a lot of money. Although the film dropped by almost 60 percent at the domestic box office, its sizable $60.6 million take was enough to keep it very much on top at the multiplex. The addition of various foreign markets—including China—also helped ensure its dominance, and the film has now made a cool $800 million between both foreign and domestic openings.

Furious 7 is going to make a billion dollars.

Few films appeared to be interested in going up against the Furious juggernaut, though Nicholas Sparks’ latest feature, The Longest Ride, made a go for it, and was the only new wide release opener on the calendar. The film still only made it into third place (losing out to the animated feature Home, which took second place for the second week in a row), pulling in just $13.5 million. That places it squarely in the middle of opening weekend performers that are part of the “Sparks brand,” which typically average around $16.9 million at opening.

At least the film performed better than The Best Of Me, last year’s annual Sparksian outing, which registered the author’s lowest opening weekend ($10 million) and total domestic take ($26.7 million). Is the bloom finally off Sparks’ brand of overly engineered romance?

The rest of the weekend was all about limited releases, including much-hyped openers like Ex Machina, Clouds Of Sils Maria, and About Elly. Alex Garland’s “oops, maybe artificial intelligence is still a bad idea” drama Ex Machina only opened in four theaters, but it ran away with the all-important per-theater average, making a total of $250,000, enough for each theater to earn a cool $62,500. Clouds Of Sils Maria snagged the second-highest average, opening in just three theaters to a tidy $70,000. Asghar Farhadi’s About Elly, finally available in the United States, bowed in a single theater, pulling in $15,000 along the way.