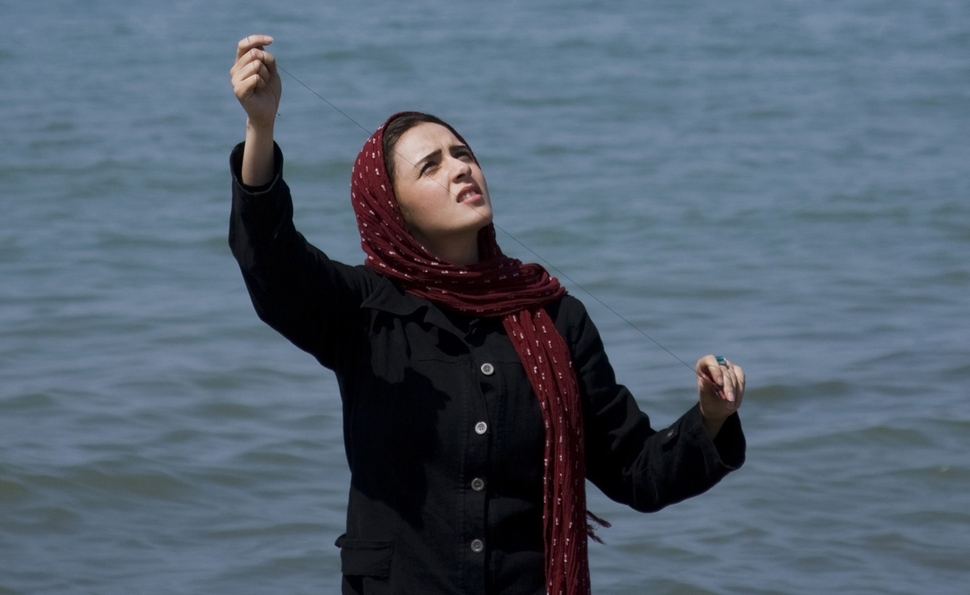 “The truth will set you free,” the Bible tells us, but in a society governed by strict religious dictates, some white lies are necessary to get around. So when they lose their lodging on a weekend getaway to the Caspian Sea, it’s hard to blame the characters in Asghar Farhadi’s masterful About Elly for claiming that two single people in their party, Elly (Taraneh Alidousti) and Ahmad (Shahab Hosseini), are on their honeymoon in order to secure a seaside villa. Otherwise, the truth will set them wandering around needlessly for a place to stay. No one questions the necessity for such a casual lie, and it’s implied that some amount of deceit is essential to work around the more unreasonable restrictions of everyday life. And though fate delivers devastating consequences to this and other falsehoods, Farhadi isn’t interested in moral cluck-clucking, but in spinning every thread of the very tangled web that it’s weaved.

American viewers know Farhadi from his 2011 Oscar-winning breakthrough A Separation, one of the current decade’s best films, and 2013’s The Past, which is very near its equal, but About Elly has been mired in distribution problems since it picked up the Silver Bear at the Berlin Film Festival in 2009. Now that it’s finally getting an official release in the U.S., About Elly offers further confirmation of Farhadi’s peerless skills as a dramatist, with a special talent for drawing prismatic meaning from simple premises and writing fully developed characters up and down the ensemble. His scripts could be brought to the stage with little alteration—A Separation has rightly been compared to Ibsen and Chekhov—but that gives short shrift to the subtle framing that underlines the drama, or his ability to pull off big setpieces that inform the entire movie.

One of those setpieces happens about half an hour into About Elly, coming after Farhadi has sneakily laid a trap for the audience. Caravanning from Tehran to the Caspian Sea with her husband (Mani Haghighi), two other married couples, and three children among them, Sepideh (a superb Golshifteh Farahani) brings along Elly, her kid’s elementary school teacher, as a possible romantic interest for Ahmad. The adults take turns supervising the kids as they splash around in the waves outside the villa, but while the others are playing volleyball out front, a crisis reveals that Elly, who was supposed to be on guard, has disappeared without a trace. She’s assumed to have drowned, but a search turns up empty, so an alternative theory comes into play. Other difficult questions soon come spilling out from her disappearance.

The premise for About Elly recalls L’Avventura, Michelangelo Antonioni’s classic about the implications of another woman who goes missing, but Farhadi’s interest is more moral than existential, and his revelations come through gripping, straightforward, toe-to-toe dramatization. What happened to Elly is a mystery that’s teased out for maximum effect, but the matter of who Elly is (or was) opens up hairline cracks between these upper-middle-class characters and peeks into the rotting foundation underneath their relationships. But About Elly isn’t some crude mechanism for class critique; it’s a richly imagined drama that gives everyone involved a specific and understandable set of motives for acting the way they do. Farhadi tips his hand too much in the overly symbolic final shot, but his approach to this tragic situation is humane and largely non-judgmental, despite the difficulties people have with the truth. If there’s any blame to go around, it’s for a system that makes honesty impossible.