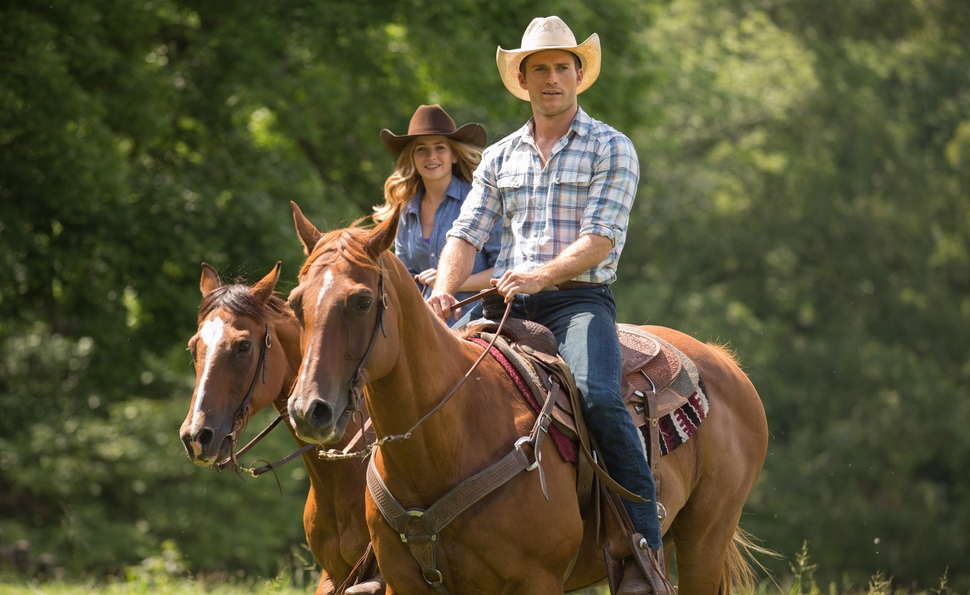 The title of the annual Nicholas Sparks adaptation, The Longest Ride, could refer to any of three things: 1) The eight seconds necessary for rodeo riders to stay on a bull—a seemingly impossible duration atop the bucking, snorting, spittle-flinging monster named Rango. 2) Love. 3) The number of minutes this particular Sparks film logs before completely falling apart. To put it in sporting terms, The Longest Ride gets whipped around for about seven and a half seconds before landing in a giant pile of bullshit. That’s an achievement that makes it better than the majority of Sparks adaptations, but it’s also a sad inevitability that they all wind up in the same place, leaving audiences to wait for some absurd coincidence or tragedy in the third act. These endings are supposed to be written in the stars, but they’re actually written in a word-processing program, by a deeply cynical man. (More on the ending in The Reveal, a gathering place for Sparks rubberneckers.)

Then again, Sparks has to rely on exterior plot machinations because his characters lack any inner life. Here’s what we know about the four major characters in The Longest Ride: Two of them are into abstract art. One of them is into bull-riding. The last one is into one of the abstract-art-lovers. Otherwise, the common denominator is they’re beautiful and really nice, and enjoy being really nice against beautiful North Carolina backdrops. And three of them are played by the progeny of Hollywood royalty—Eastwood, Huston, and Chaplin—which sounds like a Sparksian plot orchestrated by the casting director.

The star-crossed lovers at the center of The Longest Ride come from two different worlds: Sophia (Britt Robertson) is a senior at Wake Forest, two months away from leaving for an internship at a New York City gallery. Luke (Scott Eastwood, Clint’s youngest son) is an old-fashioned cowboy looking to bounce back on the professional bull-riding circuit after Rango dealt him a serious head injury. The two meet when Sophia’s sorority sisters drag her to a rodeo and they’re mesmerized by each other’s otherworldly handsomeness. The first date is eventful: Luke brings her flowers, surprises her with a romantic picnic near a mountain lake, and saves an elderly man’s life. The man is Ira (Alan Alda), who’s pulled from the burning wreckage of a car crash, along with a box that includes love letters and a Purple Heart. At the hospital, Sophia sits at his bedside and reads the letters, which relay the story of the younger Ira (Jack Huston, John’s grandson) and his relationship with Ruth (Oona Chaplin, Charlie’s granddaughter), a Jewish art enthusiast who fled to America from Europe in 1940.

There’s plenty more plot where that came from: Ruth’s dream of having a family; Ira’s unfortunate war injury; the parentless, dirt-caked boy they treat like a son; the amassing of a substantial art collection in their home. And the parallels to Sophia and Luke’s story are baked into the pie like a latticework crust, specifically the idea that love often calls for self-sacrifice. That’s a powerful, long-running theme in romantic melodramas dating back to “women’s weepies” and before, and its emotional tug can be felt during The Longest Ride, too. After all, these are nice, beautiful, unfailingly earnest people who deserve every sunset and misty mountain morning they encounter. Sparks—or his interpreters here, director George Tillman Jr. (Soul Food) and writer Craig Bolotin (Black Rain)—fails to give them psychological complexity, but that doesn’t necessarily blunt the impact of simple kindnesses. Or championship sex in the shower. (Which gives the title a fourth reference.)

But Sparks’ perverse need for love to be perfect—even if it takes cancer to make it happen—becomes The Longest Ride’s undoing. The characters may have to make great sacrifices for their love to last, but the film wants to have it all and then some. And because those sacrifices leave Sophia and Luke in a less-than-ideal place—again, see The Reveal for more—Sparks has to depart from reality in order to get them proverbially cantering in front of that perfect sunset. The message couldn’t be less romantic: Love itself isn’t enough.