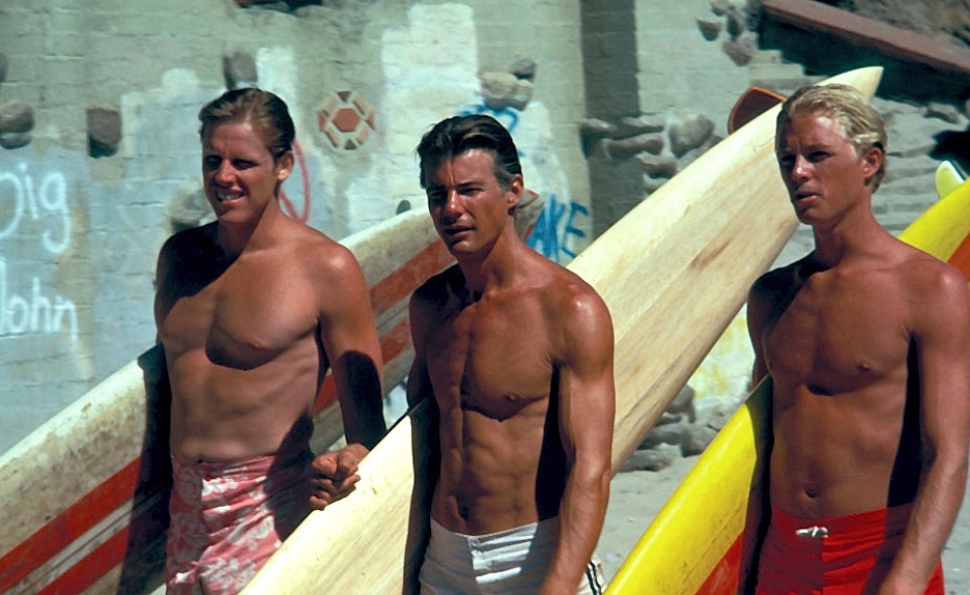 Two to stream: Big Wednesday and The Witches

(Available for digital rental or purchase from Amazon, iTunes, and Vudu)

In the mid-1970s, Jaws and Star Wars reshaped the world of American movies, but while Steven Spielberg and George Lucas toiled on their respective landmarks, they hedged their bets by trading points on their friends’ projects. Maybe the movie about middle-aged men chasing a giant shark wouldn’t be a hit, or that version of Akira Kurosawa’s The Hidden Fortress set in space might flop, but at least they’d have a chunk of John Milius’ Big Wednesday to rely on.

Spielberg and Lucas didn’t need their fallback plan, and by the time Milius’ surf epic was released in 1978, expectations had risen so high he was bound to fall short. (In the New York Times, Janet Maslin complained the film “isn’t a tiny fraction of what it was once cracked up to be.”) Perhaps in likening the story of three surfers—played by William Katt, Jan-Michael Vincent, and Gary Busey—to John Ford’s How Green Was My Valley and claiming it covered “the loss of an aristocracy, the end of an era,” Milius was giving too much away, but the film he made bears that out. It’s a surfing movie with the soul of a Russian novel.

Big Wednesday’s protagonists—fair-haired straight arrow Jack Barlow (Katt), declining legend Matt Johnson (Vincent), and loose cannon Leroy Smith (Busey), aptly nicknamed “the Masochist”—were based on people Milius and his co-screenwriter, Dennis Aaberg, grew up around. (Milius’ director’s credit appears over a black-and-white shot of him facing the camera, his bare torso lit by the surfside sun.) But the redolent, airily poetic narration frames Big Wednesday as a memory piece, with some of its episodes chosen for significance and others for sheer potency. Milius splits the movie into four segments, each named for a season and a wave—The West Swell, The Great Swell, and so on—and that’s how it progresses, with shards of time carried by undulating currents that sometimes pass in a rush, and sometimes form lazy eddies against the tide.

In the movie’s freewheeling first section, Jack meets Sally (Patti D’Arbanville), a wide-eyed diner waitress who’s still getting the hang of Southern California culture. “Back home,” she tells him, “being young was just something you do until you grow up. Here, it’s everything.” Maslin mocked the line as so much dewy-eyed drivel, but she failed to note the breathy wonder in Sally’s voice, and how it sets the stage for the disillusionment to come. To the young, being young is everything. But Big Wednesday sticks around long enough to see its characters into middle age, when the youth-defined culture they once ruled no longer has a use for them.

Although the rolling tympani and crashing cymbals of Basil Poledouris’ score aim for greatness, there’s a remarkable looseness to some of Big Wednesday’s scenes, especially when Milius turns his leads loose on each other. Their camaraderie feels unforced, almost unconscious, bred into the bone. They’re prime specimens, at perfect ease in their well-muscled bodies, which look like they’re the product of active lives rather than a high-priced personal trainer. During the wild house party that defines the characters’ reckless youth, Leroy invites eager onlookers to brush his torso with oil and then attempts to jam himself into an open oven. He’s not only invincible; he’s delicious.

Time moves on, and so do Big Wednesday’s characters, although not in the same directions. Jack takes a job as a lifeguard, mixing business and pleasure, then submits to the Vietnam draft. Leroy escapes with a fake leg injury and heads off in search of bigger waves, and Jack need only play up his mounting alcoholism to make himself unfit for service. The surfboard-crafting beachside philosopher known as Bear (Sam Melville)—who, as the narrator recalls, “knew where the waves came from, and why”—laments being pushed inland but prospers, opening a successful surf shop and swapping his T-shirt for a fitted suit, then loses it all, reduced to a tragic reminder of what once was. 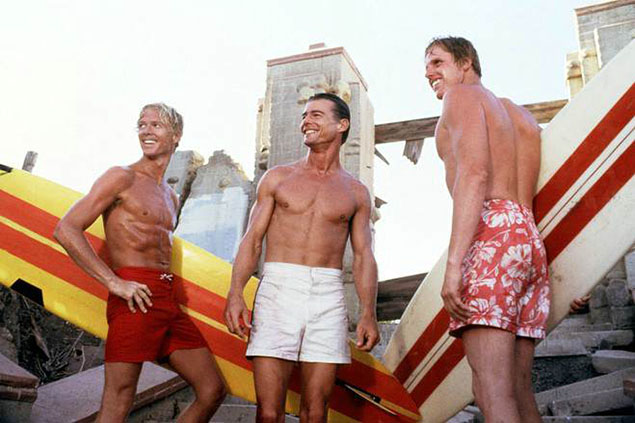 There’s surfing, too, much of it performed by the real actors and some by real-life legend Gerry Lopez, whose arrival in the movie’s late stages signals a passing of the torch. Like few before or since, Milius captures the minute shifts of balance that keep surfers afloat, his camera in close on their feet as they step along their boards to cut through a wave. But as maintained by Quentin Tarantino, who tipped his hat to Big Wednesday in Grindhouse, the movie is too good for surfers, or at least too good to go down as a movie best suited to fans of Step Into Liquid. Milius’ familiarity with the world he depicts shows in every frame, but his approach is anything but laid-back.

There are moments when Big Wednesday strains under the weight of Milius’ ambition, but they’re balanced with lively authenticity and a brisk lack of sentiment: Compare American Graffiti’s sanitized version of car culture with the scene where Jack, Leroy, and Matt head south to Mexico, Jack crammed in the front seat with Sally while Matt screws his girlfriend (Lee Purcell) in the back seat. And by the end, it’s earned its melancholy airs. Aside from Robert Altman’s Come Back To The Five and Dime, Jimmy Dean, Jimmy Dean, there’s no movie that better captures the cold-hearted cruelty of what time does to young friendships. 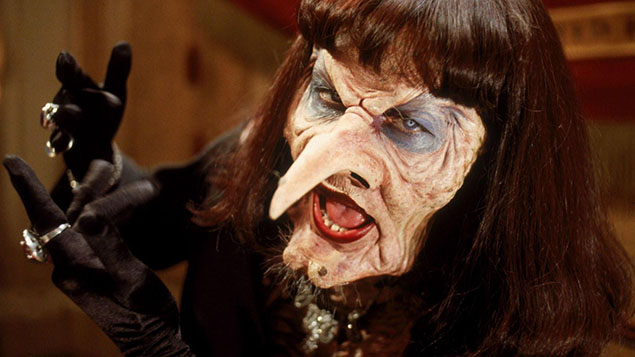 Life lessons start early for the children in The Witches, adapted by Nicolas Roeg and screenwriter Allan Scott from Roald Dahl’s 1983 children’s book. Given the unstinting perversity of the movies he made after 1971’s Walkabout, Roeg seems like a singularly odd choice for a children’s fable, even a dark one, and The Witches often feels like an uneasy marriage; it’s hard to imagine the director of Bad Timing and Don’t Look Now cooling his heels while Jim Henson’s team worked out the effects for the next shot. But there’s a glorious grotesquerie to some of The Witches’ more outré sequences, which can finally be seen properly via Warner Archive Instant’s widescreen transfer. (The extant DVD and other digital versions are pan-and-scan.)

Too bad for him, then, that after his parents are killed in a car crash, his grandma takes him to a British resort hotel—run by an ever-unctuous Rowan Atkinson—that happens to be the site of the witches’ annual convention. Their fiendish plan, revealed in a ballroom full of cackling hags (most played by men in drag), is to turn all of the world’s children into mice, beginning with Luke and his Augustus Gloopian friend Bruno (Charlie Potter). Although the movie relents in its final moments, with a tacked-on coda that’s not in Dahl’s book, it’s otherwise commendably bleak. Roeg’s heart is never fully in it, but in his valiant effort to keep himself amused, he creates plenty of fascinating detail around an occasionally soft center.