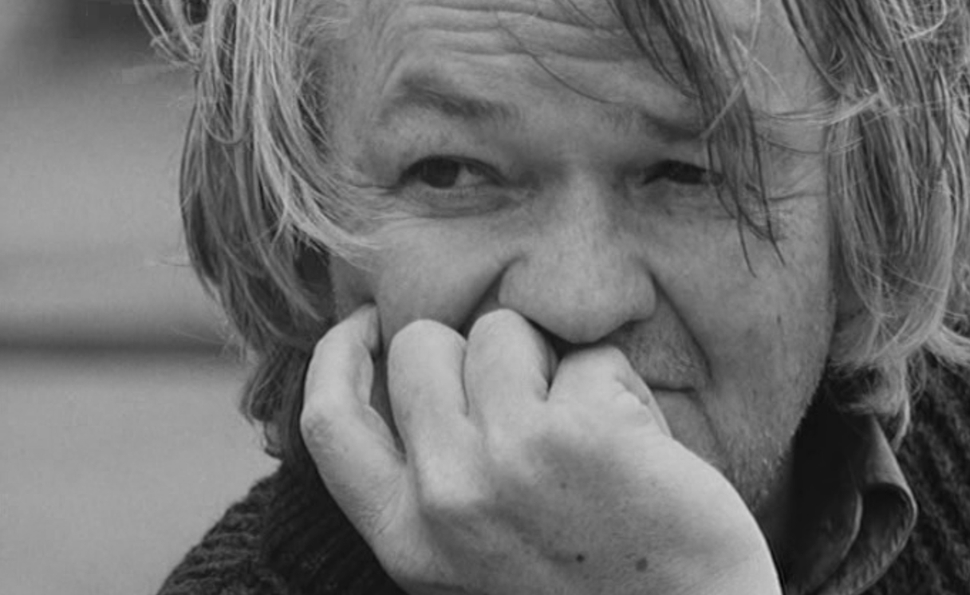 The Birth Of Love

French director Philippe Garrel has had a good run in the last eight years, with three consecutive movies—2005’s Regular Lovers, 2008’s Frontier Of Dawn, and 2011’s A Burning Hot Summer—finding American distribution and roundly laudatory reviews. But even throwing in Zeitgeist’s double-disc set of 1989’s Emergency Kisses and 1991’s I Can No Longer Hear The Guitar, the vast bulk of his nearly 40-year career remains out of reach in the U.S., not unlike the similarly substantial oeuvre of Jacques Rivette.

Like Regular Lovers—and like Olivier Assayas’ Something In The Air, which owes a heavy debt to Garrel—1993’s The Birth Of Love, available on Mubi, is about characters (men, mostly) who are never fully at ease in the present tense. Unlike the other films’ young revolutionaries, Lou Castel’s small-time actor Paul and Jean-Pierre Léaud’s philosophical novelist Marcus are decades past their prime, with the steady drumbeat of the Gulf War as a constant reminder of how little imprint their youthful idealism has left. But in many ways, they’re little more than children: Marcus is so absorbed in his writing—or the excuses he makes for not doing any—that he lets his relationship with his wife (Dominique Reymond) languish, and Paul neglects his pregnant wife and children to engage in a series of affairs with younger women, most prominently Johanna ter Steege.

There’s a tangential overlap between Garrel’s subject and the recent glut of man-child movies, from The 40-Year-Old Virgin on down. But Marcus and Paul are in their late 40s, so their psychic wounds can’t be be treated as youthful shortcomings, or laughed off as mere quirks of character. In one scene not long after Paul’s daughter is born, he toes a soiled panda doll on the floor of his apartment while Marcus, not for the first time, quotes Lenin at an unsuspecting target. They’re like a shy boy and a pompous college sophomore who’ve moved untouched through time.

Léaud is more hawklike here than than the young Antoine Doinel, the character Léaud played from boy to manhood in a series of François Truffaut films, but his intensity remains undimmed, and he still has the rare quality that endeared him to so many great directors, of seeming to speak his lines half a second after he’s thought of them: While walking down a Paris street, he looks upward, laughs, and explains, “That’s the window of the room where Jean shot himself. It’s funny.” Castel, with his floppy hair and slumped, uneven shoulders, seems at times like two Little Rascals in an overcoat, although his halting diffidence immediately gives way to white-hot rage when his wife (Marie-Paule Laval) tweaks him about doing the dishes.

Raoul Coutard’s black-and-white cinematography gives The Birth Of Love a feeling of life out of time; it isn’t the glossy black and white of rote nostalgia, but the dreamy abstraction of Hiroshima, Mon Amour. Garrel trains the 1.66 frame on his actors’ faces for minutes at a time, sometimes when they’re languishing in a postcoital funk. (One long shot of Ter Steege deliberately evokes Carl Theodor Dreyer’s The Passion Of Joan Of Arc.) It’s as if the camera has entered into an intimacy with the characters that they’re afraid of or unable to manage on their own, but that neither they nor the viewers can sustain.

Although an alarming number of people have rid themselves of their physical-media collections based on the premise that everything will eventually be available online, streaming content is a moving target, subject to the opaque, sometimes inexplicable imperatives of distribution deals and shifting priorities. While researching films for this column during the Toronto Film Festival, I inadvertently signed up for daily emails from Mubi’s Canadian site, and it wasn’t until I was well into writing about Claire Denis’ Vers Mathilde that I realized the film wasn’t available in the U.S.—or, to quote Mubi’s site, that it’s available “everywhere except: United States, Andorra, France, French Guiana, French Polynesia, French Southern Territories, Germany, Guadeloupe, Martinique, Mayotte, Monaco, New Caledonia, Norway, Reunion, Saint Pierre and Miquelon, Turkey, United Kingdom, Wallis and Futuna.” (Sorry, Wallis and Futunans.) The Internet may be more or less global, but film distribution still respects terrestrial boundaries. 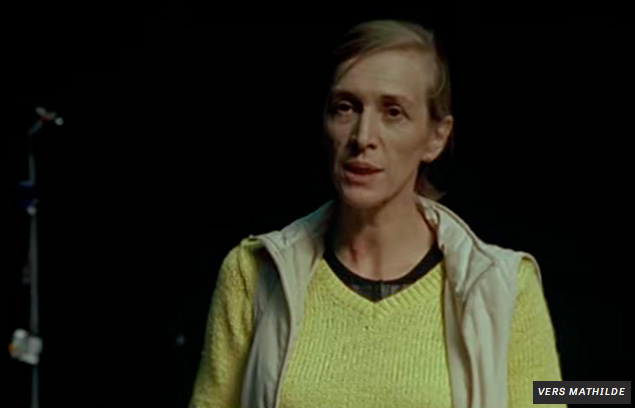 Fortunately, a reader alerted me to the fact that Denis’ portrait of choreographer Mathilde Monnier is available on UbuWeb in a passable transfer. The site, which bills itself as “all avant-garde, all the time,” hosts a treasure trove of video and audio from the likes of Michael Snow and Karlheinz Stockhausen, some of it in bootleg quality and most all of it lingering in legal gray areas of one sort or another. But in the case of Vers Mathilde, which was barely seen at a handful of film festivals and effectively vanished thereafter, viewers have to take what they can get.

As a documentary, Vers Mathilde fails the principal test of mounting a convincing case that its subject is worth following: Denis doesn’t show Monnier’s work at great enough length to let viewers form their own impressions of it, and the narrated text she favors verges on a parody of French intellectualism. But as a study in light and space, it’s engrossing; whatever the quality of Monnier’s choreography, Denis’ is superb. Often working in grainy Super-8 with a rhythm track laid down by the whirr of film through the camera, Denis films Monnier’s body in pieces, her hand tracing through the air as Monnier explains the idea of approaching space as a blank slate to be scratched, marking it and being marked in return. When she directs her dancers to writhe on the floor and babble in wordless sound, it’s as if she’s seeking a time before language, when gesture was the only means of communication, like the theater group in Jacques Rivette’s Out 1 rising from the prelinguistic primordial ooze.

At the beginning of Vers Mathilde, Monnier admits to Denis that she resists being explained: “It’s your job to put things in order,” she says, “and my job to disorganize them.” But putting things in order is hardly Denis’ raison d’être. She’d as soon watch Monnier improvising in the studio to PJ Harvey’s Stories From The City, Stories From The Sea, bouncing from one heel to the next and then breaking abruptly into movements, as if embodying conflicting ideas within her own body. Later, after a disappointing rehearsal of a work in progress, she wonders if she’s given her dancers too firm an instruction, pushing them toward sterile uniformity. “If there are no cracks in it,” she says, “I can’t invent hints within it.” There’s a sense in which Denis’ cinema lies precisely within those cracks. Where Vers Mathilde falls short as a portrait of its ostensible subject, it offers intriguing possibilities as autobiography.