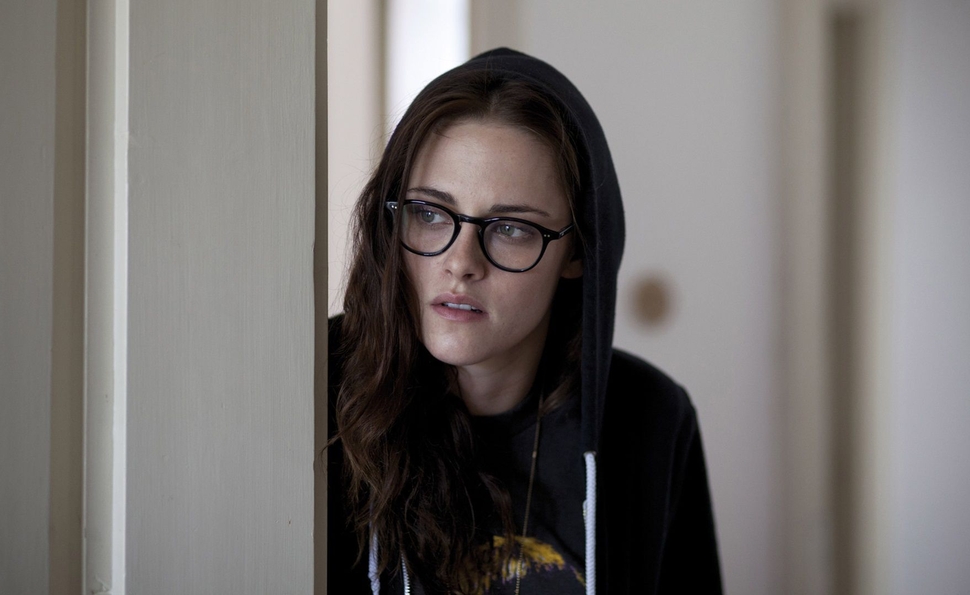 The case for Kristen Stewart

In the great new Olivier Assayas film Clouds Of Sils Maria, international movie star Maria Enders (Juliette Binoche) goes to the movies with her personal assistant Val (Kristen Stewart). It’s a 3-D space adventure of the sort Maria would never see on her own, but they’ve gone to scout out Jo-Ann Ellis (Chloë Grace Moretz), a tabloid magnet who’s agreed to act alongside Maria in a revival of the stage play that launched Maria’s career decades ago. When Maria and Val head to a bar for a post-mortem, Maria can’t hide her contempt for this latest pile of Hollywood trash—which prompts the spit-take to end all spit-takes—but Val bristles at her blanket dismissal. With regard to Jo-Ann’s performance, Val argues “there’s no less truth” to what she’s doing as an actor, even if it’s in the context of a dumb mainstream blockbuster. “She’s brave enough to be herself,” Val says. “At her age, that’s pretty fucking cool.”

Even without the knowledge that Assayas originally wanted Stewart in Moretz’s role, the exchange is a meta-defense of Stewart as an actor—and an excellent one, at that. Had Maria Enders been forced to watch anything from The Twilight Saga, she’d have been asked to leave the bar for spraying so much ale on the counter. And yet that’s how most of us know Kristen Stewart, too. We have to convince our inner Maria Enders to see the real actor behind the center of a widely disrespected supernatural love triangle. Assayas is making a good point about the craft in general: Acting is acting, and an actor’s job, finding some emotional truth, doesn’t change from project to project. When Binoche herself makes less of an impression in Godzilla than she does in, say, Certified Copy, it has to do with the context of her performance, not the performance itself. She can only do so much with what she’s given.

Still only 25, Stewart has been acting in movies for more than half her life, though before The Twilight Saga made her an icon of moony adolescence, she was known mainly for her breakthrough role as Jodie Foster’s 11-year-old daughter in David Fincher’s Panic Room. The extent to which Stewart’s experience on Panic Room influenced her specific qualities as an actor is unknowable, but I’ll speculate anyway. Fincher’s notorious habit of putting actors through dozens and dozens of takes has the effect, similar to Stanley Kubrick, of exhausting the actors to the point where they aren’t acting anymore. Add in the fact that Stewart has grown up in front of the camera, and seems entirely at ease in front of it, and you get an actor whose strengths are exactly like those Val ascribes to Jo-Ann. She’s brave enough to be herself. 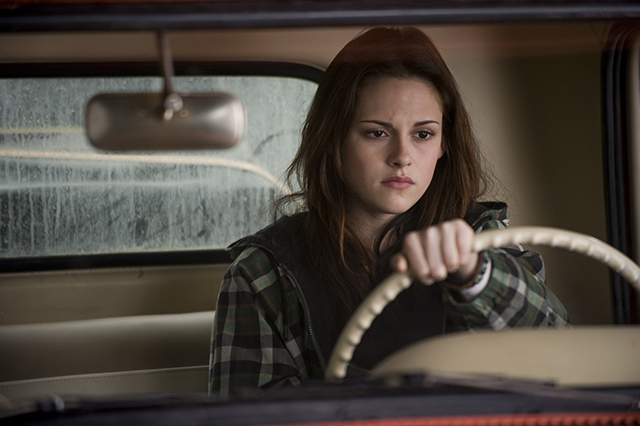 But the baggage of celebrity is a tough thing for Stewart to shake, even more than for the now-grown stars of the Harry Potter movies, which at least have the benefit of critical respect. She was the face (and hair, and eyes) of a franchise that made billions worldwide without expanding far beyond its adolescent (and pre-adolescent) core. Perception of her has gotten swallowed in the condescension that often greets teen cultural phenomena. Throughout her time as Bella Swan, there’s been a sharp disparity between fans with an intense connection to that character, and the Maria Enders of the world, who would dismiss the films outright, whether they experienced them partially or not at all. Stewart herself gets lost in the hype, her real qualities as an actor dwarfed by the fantasy invested in her.

(It’s worth noting, too, that the Twilight movies are simply unfriendly to actors. There’s broad agreement on the many talents of Anna Kendrick, for example, but her performance in this franchise suggests virtually none of them.)

At the same time, there’s a reason why Stewart was cast in Twilight, tied to her particular ability to convey moodiness and reserve without entirely losing her vulnerability and humanity. That’s the magic of her performance in Clouds Of Sils Maria: Binoche runs hot the entire film as Maria, whose career has reached such a crisis point that she doesn’t know whether she can pull off her role in the play, much less come to terms with its significance. Maria relies on Val to run lines with her, manage her appointments, and keep her up to date on a popular culture from which she feels alienated. But Val also feels the brunt of her neurosis and frustration—which goes beyond the job description. Stewart doesn’t try to strike back at Maria with equal force; that isn’t in her character’s nature, and it isn’t in Stewart’s nature, either. Her work in Clouds Of Sils Maria is exceptionally subtle: no big eruptions, just a gradual whittling away from the intensity of Maria’s dependence. Val cares about Maria, but it’s too much to bear.

In his Dissolve review from Cannes, Mike D’Angelo sums up Stewart’s performance perfectly: “Only someone with tremendous self-confidence could underplay so beautifully.” It’s great that others seem to be recognizing that, too—indeed, we’re prepping for the coming K-Stewaissance, with new films by Kelly Reichardt and possibly Ang Lee on deck—but it’s a rare quality for a big star to have, and not one she can expect much recognition for possessing. 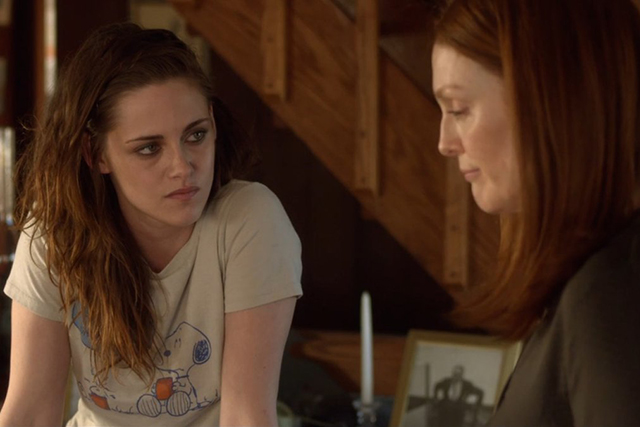 Julianne Moore won a much-deserved Oscar for her performance in Still Alice as an accomplished professor who contracts early-onset Alzheimer’s in her 50s, but Stewart was entirely left out of the awards conversation, despite having the second highest amount of screen time as Alice’s daughter. It’s a role similar to Val in many respects: a young work-in-progress, with an interest in the arts, who gives herself over to a much more demanding personality. Stewart doesn’t have any scene-stealing moments in either Still Alice or Clouds Of Sils Maria, but she’s the audience surrogate in both, and Moore and Binoche’s performance register strongly in part because we feel the emotional stakes through her. She’s the one reacting and coping.

We can’t guess how Stewart’s career might evolve over time—if she takes, say, a period role, or is required to emote as feverishly as her co-stars in Still Alice and Clouds Of Sils Maria, or somehow goes the way of other former child actors who faded in adulthood. The most likely worst-case scenario would emphasize her passivity, giving her lesser variations on her obscure-object-of-desire in Adventureland, where she played a science-fiction/fantasy character who owns Big Star’s Radio City on vinyl in the midst of the 1980s. But even in the best-case scenario, the Cesar Award she won for the Clouds—the first film-specific Cesar ever given to an American actress—strikes me as an anomaly, because the type of acting she does isn’t generally the kind that stocks trophy cases. She has the chance to be that rarest of things, a self-effacing movie star, with a comfort and ease in front of the camera that she’s reluctant to press for dramatic effect. If she succeeds, she won’t be caught looking like she’s acting.