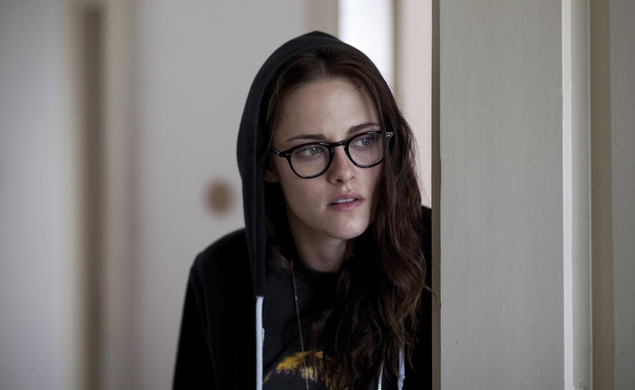 The fates have worked against me when it comes to catching Olivier Assayas’ heavily lauded Clouds Of Sils Maria, a film that, per my meticulous calendar-keeping, I have missed seeing a grand total of six times. It has shown at TIFF. I was at TIFF. Later, it screened at NYFF. I, too, was at NYFF. It’s screened in New York City outside of festival appearances. I live in New York City! It just hasn’t happened yet, and that’s a shame, because I am more than ready to see Kristen Stewart do something not just new, but to see her in the role that helped her become the first American actress to ever win one of France’s Cesar awards (think Oscar, but French, so it also likes cheese and looks really adorable in a teensy beret).

Another byproduct of Stewart’s latest role? (Beyond my desire to see the damn thing.) New parts in exciting features with strong directors. All hail the golden age of Kristen Stewart!

Deadline reports that Stewart has signed on to star in Kelly Reichardt’s next, currently untitled project. (It’s now being referred to as Untitled Kelly Reichardt Project, which kind of lacks snap.) Reichardt will write and direct the feature, designed as “a series of vignettes that revolve around the lives of people in small-town Montana.” Stewart’s role will see her playing “a young lawyer from Boise who takes a teaching job several hours from her house. Despite her nerves about teaching, she’s determined to prove to herself that she can do it. Soon after taking the job, Beth develops a close friendship with Jamie, a local woman who’s auditing her class.”

The film has already lined up plenty of solid talent, including Reichardt regular Michelle Williams, Laura Dern, James Le Gros, Jared Harris, and newbie Sara Rodier. Williams, Dern, and Le Gros will reportedly all play characters locked in a love triangle, with Rodier set to star as their child. Harris is on board as “a former construction worker who was injured in a work-related accident and starts plotting a hostage attempt.”

The film will shoot this spring in Montana.