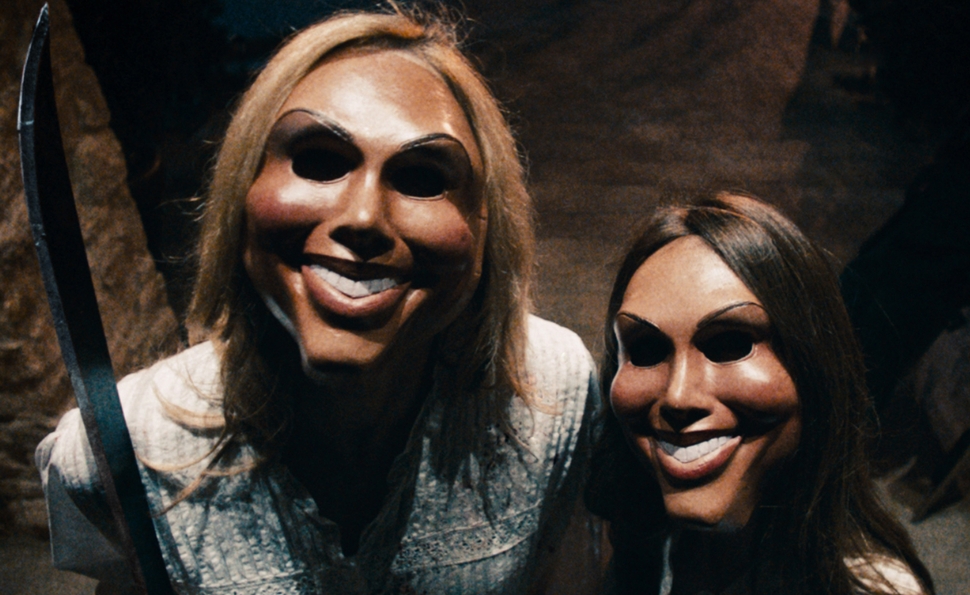 The first logical question the bloody home-invasion thriller The Purge raises is whether an annual society-wide night of unrepressed, officially condoned mayhem would in any way curb violence in America during the rest of the year. According to the film, unemployment would fall to 1 percent, and crime to a record low. That claim is highly dubious, but it’s meant as a science-fiction premise, not a social-engineering theory; debating the point is like watching The Time Machine and griping that time travel isn’t real. Like so many speculative-fiction stories, The Purge is about assuming a single major change in a future society, and exploring the ramifications of the change, and what they say about human nature and our own era. And also like so many other speculative-fiction stories, that one major change comes freighted with metaphor. But the best science fiction keeps the literal story believable and compelling, instead of leaning so heavily on the metaphor that subtext becomes tediously explained text. The Purge instead overplays its hand and sells out its characters and story in order to more forcibly bring home a message.

In 2022, America is a virtual utopia, at least in the eyes of wealthy protagonist James Sandin (Ethan Hawke), who’s benefited immensely from the annual bloodshed festival called The Purge. During this annual 12-hour period, all crime is legal, and Americans are actively encouraged to get any antisocial urges out of their systems in an orgy of bloodshed and murder. That’s been profitable for James, a successful salesman of high-end security systems for rich homeowners, including most of the inhabitants of his heavily reinforced gated community. On the latest Purge night, he and his wife Mary (Game Of Thrones’ Lena Headey), teenage daughter Zoey (Adelaide Kane), and quiet younger son Charlie (Max Burkholder) hole up in their palatial mansion behind his company’s most state-of-the-art security system. In case viewers miss the importance of income disparity in The Purge, James smugly tells his kids their family will be fine: “We can afford protection.” Then, late in the evening, Charlie drops the house’s defenses to let a frantic, bleeding, raggedly dressed black man (Edwin Hodge) inside, and a group of masked pursuers lay siege to the house, demanding their victim back and threatening to break in and kill James’ entire family if they don’t comply. 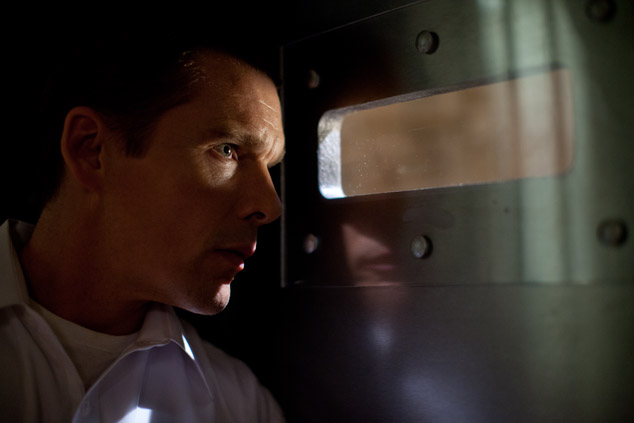 It says a great deal about the film’s agenda, and about James’ character in particular, that he’s more afraid of the black man (credited only as “Bloody Stranger”) inside his walls than with the horde of anonymous killers at the gate, and that he’s perfectly willing to surrender his guest to those killers, no matter how ludicrous their claims that they’ll take their victim and leave Sandin and his family alone. Their leader (Rhys Wakefield, credited as “Polite Stranger”) further draws the economic and racial lines by revealing himself as a clean-cut, well-spoken white boy in a prep-school uniform, and by emphasizing that he and Sandin are the same type of people: the rich, successful, educated haves who should consider “homeless swine” like Hodge’s character their rightful prey.

Class-consciousness and social inequality hang heavily over The Purge, as James DeMonaco’s daringly caustic, unflinching script pounds home how easily wealthy people like the Sandins can maintain a sanctimonious concern for the poor from a safe remove, while doing nothing to help them. James and Mary repeatedly express their support of The Purge, mouthing the party line that it’s a constructive way for Americans to exorcise their worst selves. (When Charlie asks why James and Mary aren’t out killing people, they squirm, then deny they have any anger or hate to purge.) But it’s all lip service paid to a system that openly favors them and protects them from the catastrophes they’re happy to let other people face. When their own lives are threatened, their first response is self-serving panic and a series of desperate acts that completely forgo empathy, humanity, or reason. In the moments where they show their naked willingness to harm other people for their own benefit—not in a movie-cathartic “gun down the bad guys” way, but cravenly and selfishly—The Purge is courageously raw and uncompromising.

But throughout most of the rest of the film, DeMonaco’s dialogue gets in the way, repeatedly explaining lessons that were already painfully clear. Newscasters lay out the message by theorizing that The Purge might actually be a method of culling the poor and sick from society. (It’s almost as though that title has, gasp, two meanings.) When James is exposed to the violence he blithely recommends as a curative for other people, he yells, “Things like this are not supposed to happen in our neighborhood!” As James and Mary’s actions become increasingly monstrous, Zoey and Charlie become stand-ins for their whole frustrated, accusatory generation; at one point, Zoey looks at her father’s latest handiwork and dully says, “Nothing is ever going to be okay again.” And Wakefield’s sadistic character never misses a chance to remind everyone that Hodge’s character is homeless. The repetition of the word almost becomes comical, particularly when the boy explains in detail how such a “homeless pig” has no value in society, and “exists only to serve our needs in The Purge.”

Like Michael Haneke with Funny Games, DeMonaco (Staten Island) seems adamant about making sure people experience and interpret his movie the correct way, taking in the full symbolic heft of his thoughts on economic disparity, and not getting too much visceral enjoyment out of the action. Haneke steered audiences by defying convention and leaving the violence offscreen, while scripting a story that scrupulously denied his audience any catharsis. DeMonaco puts the carnage front and center, but repeatedly tells viewers how to feel about it, and what it really means.

The fact that neither his most victimized protagonist nor his smarmy, entitled villain—patterned closely after Funny Games’ obsequious murderers—is ever named just makes it clearer that this is all taking place more on a conceptual level than a visceral one, and the draggy lead-up and repetitive traveling-camera trips around the Sandins’ house further undermine the film’s impact. What should be a taut thriller stretches into an overextended slog with periodic scolding lectures, an exercise in metaphor akin to Shirley Jackson’s “The Lottery” or Margaret Atwood’s The Handmaid’s Tale, but with far less faith in its audience. The result feels like watching a Friday The 13th movie while a voiceover repeatedly announces, “In this case, Jason represents the economic downturn devastating the middle class!”