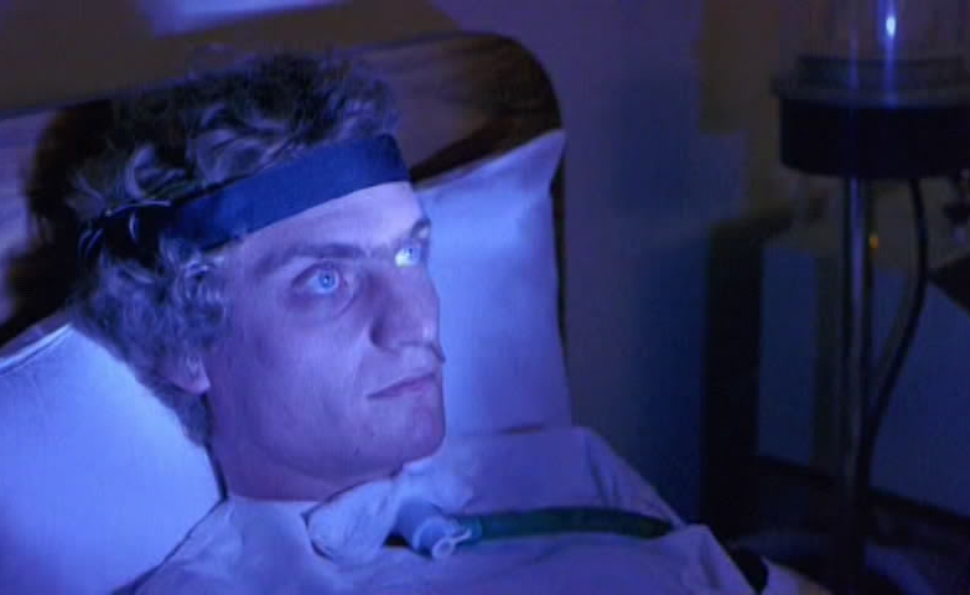 For many genre enthusiasts perpetually on the lookout for horror, action, sex, and unvarnished sleaze, Mark Hartley’s 2008 documentary Not Quite Hollywood: The Wild, Untold Story Of Ozploitation! was a revelation, promising a largely untapped well of new discoveries. In the 1970s and 1980s, when Australian New Wavers like Peter Weir (Picnic At Hanging Rock), Fred Schepisi (The Chant Of Jimmie Blacksmith), Gillian Armstrong (My Brilliant Career), and Bruce Beresford (Breaker Morant) were putting the country’s cinema on the map, a parallel universe of low-budget exploitation movies was thriving in the margins. Hartley’s caffeinated editing—which he repeated in the 2010 “Roger Corman in the jungle” appreciation Machete Maidens Unleashed!—gets across the anything-goes quality of Ozploitation, but it also leaves the impression that the Aussies worked in a uniformly manic style, which couldn’t be further from the truth. Things get wild, but the outrageousness is often tempered by thoughtful staging and ambiance.

Released this month on Blu-ray/DVD by Severin Films, three late-’70s/early-’80s horror films—Patrick, Thirst, and Dead Kids (a.k.a. Strange Behavior)—have little in common beyond a few shared collaborators (producer Antony I. Ginnane, most prominently) and a yen for the offbeat. But they reveal the Aussies as enthusiastic students of genre movements worldwide, from early Brian De Palma and Italian giallo to the Hammer Films of Great Britain to the slasher films that were in vogue in the United States. Watching these films is like looking at an entire era of international horror films through a warped mirror, seeing borrowed tropes twisted into something exciting and new, yet reassuringly familiar. It’s little wonder Quentin Tarantino, a human Cuisinart of trash-art reconstruction, is such an unabashed fan of the movement.

As it happens, Hartley himself just remade the best of the lot, 1978’s Patrick, as Patrick: Evil Awakens (with a new score by De Palma maestro Pino Donaggio), and it’s easy to see why he cherry-picked it from the mass of other Aussie horror films. The hook is brilliant: an unstoppable killer who spends the entire movie comatose in a hospital bed, icy-blue eyes wide open. When Kathie (Susan Penhaligon) scores a job as his caretaker, Patrick (Robert Thompson, looking like a deranged Christopher Atkins with his mop of blond curls) has been in a coma for three years, yet his body hasn’t deteriorated in the least, and Kathie soon suspects he’s maintaining some level of consciousness. For one, he’s capable of spitting, which his doctor brushes off as an involuntary motor function. But then Patrick begins communicating with Kathie through the typewriter by his bedside.

Director Richard Franklin (Psycho II) eventually lets Patrick’s powers go haywire, but the first half of the film combines sinister atmosphere-building with a justified faith that an immobile killer is still an ever-present threat. The spitting is a shock every time—and when Patrick starts getting some feeling back in his lower regions, that’s plenty creepy too—but there’s tension every time Kathie or another hospital worker blithely works the monitors or adjusts the sheets around him. He’s like a coiled rattlesnake ready to strike, and taking a cue from the Italians, Franklin focuses heavily on Thompson’s baby blues, sensing not only life behind his eyes, but a kind of chilling, crystal-ball omniscience.

The horror classicism of Patrick is even more apparent in Rod Hardy’s 1979 vampire movie Thirst, which opens with a scene that looks lifted whole cloth from a Christopher Lee Dracula vehicle. Kate (Chantal Contouri) wakes up screaming inside a coffin and scrambles up a set of spiral stairs, only to find she’s been bricked into some underground dungeon with no way of getting out. Cut to days earlier, when she was kidnapped by an order of vampire-worshiping blood-guzzlers called “The Brotherhood.” Led by Dr. Fraser (David Hemmings, of Blow-Up fame), “The Brotherhood” has identified Kate as a descendent of Elizabeth Bathory, the infamous 16th-century royal murderess, and he wants to draw power from her. In the meantime, Fraser and his cohorts live on a farm where “blood cows” (i.e. humans) are hooked up to machines and harvested for “milk,” which is often packaged in cartons.

By focusing on this vast underground conspiracy, Hardy and writer John Pinkney take Thirst away from the typical vampire movie; as in George Romero’s Martin, nobody has sharp teeth, and blood-consumers either have to use a prosthetic mouthguard, or drink it straight from the glass. At the same time, the film is about Kate fighting against her terrible family legacy, and resisting her natural temptation every step of the way, which is more in line with vampire tradition. (Thirst is basically like Green Eggs And Ham, but for blood, with Hemmings as Sam-I-Am, offering it up here, there, and everywhere.) Contouri’s performance transcends the film’s occasionally murky conspiracy-mongering, and Hardy patiently amps up Kate’s hallucinations as she loses her sense of self.

Conspiracies are also afoot in 1981’s Dead Kids, this time in the hyper-secretive research laboratory on a college campus outside a small town in downstate Illinois. (New Zealand plays the role of small-town Illinois, and could hardly be less convincing if somebody flushed a toilet.) Michael Murphy (Manhattan) stars as John Brady, a police chief who investigates a series of murders that have one thing in common: All the victims are sons of men who dared question the practices of a university professor conducting strange experiments on humans and animals with government money but no oversight. (The experiments mostly involve drugs that open subjects up to suggestion, but there are also amusing social-engineering efforts, like having a misbehaving boy ride on a stationary bike in order to earn a soda and a game of pinball.) When Brady’s son (Dan Shor) eagerly volunteers to be a lab rat, it sets up a conflict over who has control of him.

Though lackadaisical pacing steals a lot of the tension, especially in the shrug of a climax, Dead Kids is full of wondrous scene-by-scene oddities, including a boy-killer who wanders around in a Tor Johnson mask, a murder shown entirely through shadow-play, and best of all, an impromptu, choreographed dance sequence at a teenage costume party. Perhaps co-writer Bill Condon, who later directed Dreamgirls, deserves credit for it, but the idea of pausing a horror movie for a big dance number is just the sort of bugnuts whimsy that sets Ozsploitation apart from the movements it imitated. Nothing is off the table.

Producer Antony I. Ginnane and all three directors contribute to commentary tracks—Dead Kids has two—and a bevy of well-curated extras. On Patrick, Richard Franklin cops to a heavy Alfred Hitchcock influence on the film, specifically Psycho and “Breakdown,” the pilot episode of Hitchcock’s TV series. In fact, Franklin claims he got the job of directing Psycho II based on his work here. A 50-minute compilation of interview outtakes from Not Quite Hollywood gives Franklin, Ginnane, and a few cast members the chance to share their memories about the movie, and the difficulty of selling a horror movie to an international audience that was used to seeing only historical dramas from Australia. A vintage 25-minute interview with Franklin gets into his roots as a film student in the U.S., where he played a role in programming Hitchcock and John Ford retrospectives.

On Thirst, Ginnane and director Rod Hardy contribute a mostly dry commentary track, albeit with a few interesting tidbits, like Hardy (the admitted second choice to direct) believing the script was a spoof when he first read it. There’s also this funny exchange between Hardy and Ginnane: “How much was the budget?” “750,000 Australian dollars.” “How much did I get to make the movie with?” For Dead Kids, the practical reason for the multiple commentary tracks is that co-writer/director Michael Laughlin wasn’t able to make a flight from Kauai, so his track is done via Skype with an interviewer on the other end. Much better is the commentary track with co-writer Bill Condon and two of the actors, Dan Shor and Dey Young, thanks mainly to Condon’s unbridled enthusiasm for revisiting the film that helped launch his career. Condon was getting ready to enter UCLA Film School when an article he wrote for a film magazine captured Laughlin’s attention and the two wound up making the movie together. Among the insights on the track is Condon’s mention of the surprisingly positive reviews for the film, most likely because critics wary of the grim slasher-movie trend were pleased by its sense of humor. The Dead Kids disc also includes an isolated track for Tangerine Dream’s music score and a 20-minute interview with make-up effects artist Craig Reardon. A selection of trailers and/or TV spots are on there, too.