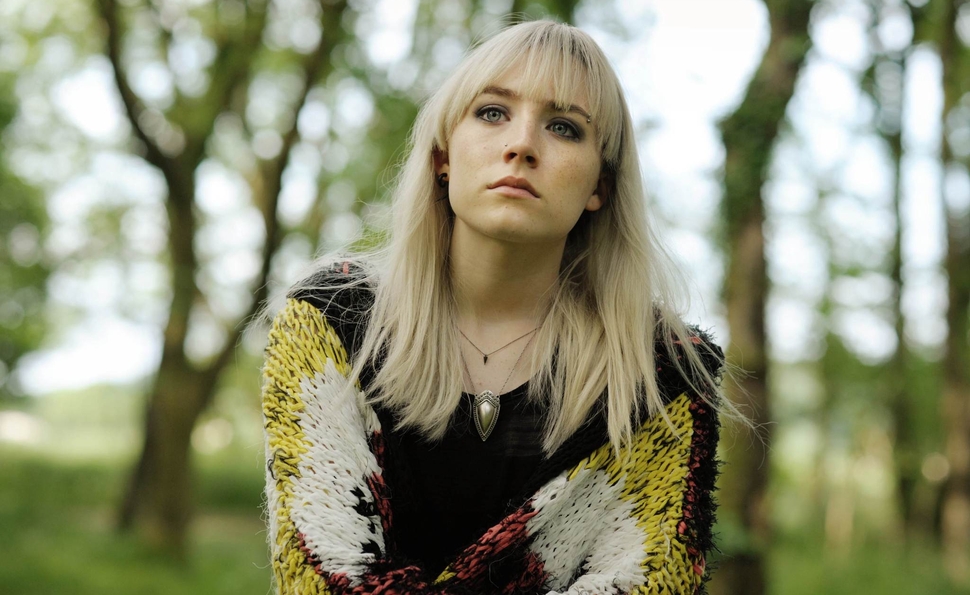 How I Live Now

In How I Live Now, the screen adaptation of Meg Rosoff’s bestselling 2004 YA novel, viewers who’ve followed remarkable young actor Saoirse Ronan through films like 2007’s Atonement, 2009’s The Lovely Bones, 2011’s Hanna, and 2013’s The Host can get the first clear idea of what she’ll look like as an adult. She’s still recognizably herself, but she’s visibly growing up, and in scattered flashes throughout the film, the 19-year-old actor looks like an exasperated 30-year-old about to debate philosophy in a Woody Allen film. Which makes it a little unsettling that in How I Live Now, she’s given what may be her most immature role to date. She’s specialized in playing ultra-serious girls who are wise far beyond their years—or at least think they are. Now she’s reversing the formula with a girl who seems younger than she is, and less capable of dealing with the world than the smaller kids around her.

How I Live Now’s major strength is the way it uses its environments to flesh out the subtext of its simple story. The film opens with Ronan’s character, Daisy, flying from her New York home to live in London, due to barely revealed family tension involving her father’s remarriage and her stepmother’s new baby. But director Kevin Macdonald (The Last King Of Scotland) uses her trip to focus on the airport’s armed guards, long lines, scanners, and other security-theater paraphernalia, which combine to suggest an era of menace and paranoia. As Daisy attempts to settle in with her friendly British country cousins, an insistent, whispered voiceover layers accusations and demands in her head, suggesting her inner conflict and turmoil even when her face remains impassive. As she’s sullenly resisting the welcoming friendliness of her younger cousins—overeager 9-year-old Piper (Harley Bird) and cheerfully capable 14-year-old Isaac (Tom Holland)—the chaotic squalor of their home, packed with filthy dishes and clutter, communicates all the necessary details of how the kids manage their own meals and lives while their mother (Anna Chancellor) is overwhelmed with the demands of her high-ranking government security position. None of these things need to be explained; in the early going, Macdonald layers meaning into nearly every moment.

As a result, roughly the first third of How I Live Now is a complicated, sophisticated delight, even while it’s telling a standard story about how Daisy’s icy wall of teenage resentment begins to melt next to her cousins’ welcoming warmth. Piper suggests a slightly sweeter version of Gladys Herdman in The Best Christmas Pageant Ever, an irrepressible, demanding child who runs around with her pet “unicorn” (a goat in a pointy party hat), trying to pull Daisy into her fun. Once her brooding, quiet older brother Edmond (George MacKay) enters the scene, the foursome starts to feel like the Pevensies in The Lion, The Witch And The Wardrobe, exploring their temporary wartime home in the English countryside in a wild idyll without adult supervision or limitation.

But when the air of ominous national tension peaks with a nuclear explosion in London and an invasion by unknown forces, How I Live Now becomes a dystopian-future saga and a survival story. Daisy and Piper are separated from the boys and taken away from their house, and Daisy becomes obsessed with returning to it at all costs. Much of the rest of the film is devoted to her outsized emotions as she and Piper journey from one place to the next, with Daisy interested in nothing but her newly idealized representation of home. There, she assumes, she’ll reunite with Edmond, a vague and dreamy figure who lands somewhere between Teen Heathcliff and a figure from a romance-novel cover.

Ronan’s characters have always been chilly intellectuals whose greatest strength came from their maturity, but Daisy feels much more like a real teenager, disguising insecurity and misery with sullen superiority, and fixating on her goals at the expense of everyone around her. In the early going, she refuses her cousins’ suggestions so often—“I don’t fish.” “I don’t swim.” “I don’t eat cow cheese.”—that she sounds like Robert Rodriguez’s Machete, perpetuating his running joke about all the undignified things Machete don’t do. When she falls for Edmond (who, mysteriously, seems to communicate telepathically with people and animals, though that detail is never explained or explored), she’s interested in nothing else. And as the film reaches its climax, she’s unconscionably cruel to Piper, whom she sees as a burden. She can be astonishingly hateful for a film protagonist, and even by the end of the film, she hasn’t grown up much.

But the narrow focus on her obsessions unbalances How I Live Now, especially since it isn’t just her life at stake. Were she on her own as she attempts to get back home, the story might feel like another Hunger Games or The Host, a YA story about a young woman battling terrible odds and growing up in the process. But given her treatment of Piper, Daisy’s compulsions and unrealistic assumptions feel more selfish and childish, turning the film into a tragedy. And while the first half packs all that extra information and tonal detail into the background, the second half is a frustratingly standard war-refugee tale, and it’s largely devoid of information, from the details of the British invasion to the question of what happened to Edmond and Isaac. As Daisy’s situation worsens, she becomes progressively less clear, specific, and interesting as a character, and flattens into a generic striver, except when she’s being nasty. Part of the point may be how trauma simplifies life by stripping away everything inessential, but just as there’s little satisfaction in watching Daisy pursue an unworthy goal, there’s little satisfaction in watching a specific, colorful, keenly felt portrait become such a familiar story.