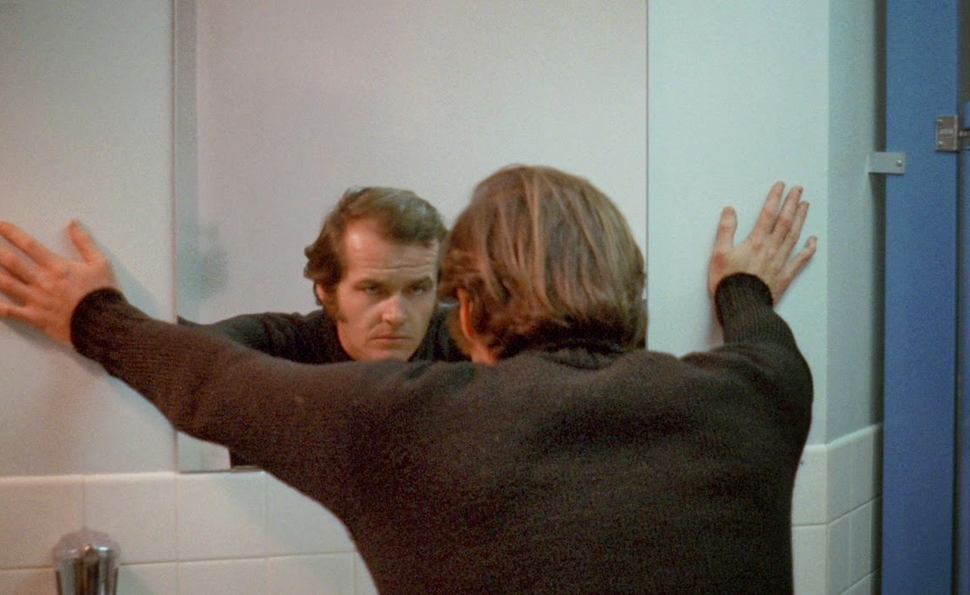 The most famous scene in Five Easy Pieces reveals very little of what the movie is actually about, but everything about who. Even film buffs who’ve never seen Five Easy Pieces are likely familiar with the image of Jack Nicholson as Bobby Dupea, sitting in a diner and snapping at an unhelpful waitress, telling her to bring him a chicken-salad sandwich with no chicken, so he can have the toast. (“You want me to hold the chicken, huh?” “I want you to hold it between your knees.”) Out of context, the scene is deceptive. The rest of Five Easy Pieces isn’t as comedic or as full of overt conflict, and two of the women eating with Bobby only showed up in the movie five minutes earlier, and will be gone five minutes later. Besides, the most important part of this tantrum is what happens after, in a follow-up scene that never makes it into the New Hollywood clip-reels. Back in the car, one of the women applauds Bobby for standing up for himself, and he mumbles, “But I didn’t get my toast, did I?”

Five Easy Pieces is the very definition of a character study, and one of the best American cinema has produced. Nicholson’s Dupea embodies the self-destructive dissatisfaction that was common to a lot of movie characters in the late 1960s and early 1970s, but his unhappiness resonates more, because he isn’t the kind of person that usually gets movies made about him. He’s no moody youngster or lovesick fool, or anyone’s deconstructed idea of a pulp hero. Bobby starts out working in the California oil fields by day and spending his nights getting drunk with a redneck co-worker—that is, when he’s not fooling around with any woman who isn’t his needy, baby-talking girlfriend Rayette (Karen Black). But then Bobby goes to see his classical-pianist sister Partita (Lois Smith), who tells him their father is ill. So he and Rayette drive up to his family estate in Washington, where it becomes obvious that Bobby’s upbringing was hardly blue-collar.

One of the reasons Five Easy Pieces’ diner scene is so misleading is because there’s no one stretch of this movie that fairly represents the whole. Director Bob Rafelson—who also conceived the story, and hired his friend Carole Eastman to write the script—attempts something unusual here, making a film that’s subtle about its meaning without ever ranging into the pretentiously oblique or merely ambiguous. Every minute of Five Easy Pieces is entertaining. Nicholson’s tightly wound performance is absorbing even when it’s unclear where it’s headed, and there’s an enjoyable musicality to Eastman’s dialogue, which captures both the priggishness of the Dupea family (whose Partita delivers pronouncements like, “This piano has absolutely no objectionable idiosyncrasies”) and the inventive vulgarity of Bobby (who snarls lines like, “Where the hell do you get the ass to tell anybody anything about class… you pompous celibate?”). Meanwhile, cinematographer László Kovács shifts the lighting to capture the contrast between the grubby plainness of Bobby’s life in California and the dark, stifling tastefulness of his Washington home, helping establish why he feels out of place in both. Yet Rafelson never overreaches for any emotional impact or thematic clarification. Even the moment where Bobby’s real roots are revealed isn’t treated as a big surprise.

Rafelson and his producing partner Bert Schneider first made their mark in Hollywood with the absurdist rock ’n’ roll sitcom The Monkees, then decided to make good use of any clout they’d built up with their Raybert Productions (later renamed BBS after Stephen Blauner joined the team). They figured American cinema lacked a legitimate New Wave, with writers, directors, actors, and craftspeople working outside the conventional Hollywood genres and styles, in the way foreign filmmakers like Michelangelo Antonioni, Agnès Varda, and Ingmar Bergman already were. Five Easy Pieces is the best example of what BBS meant to do about that. It’s a profoundly American story, rooted in distinct personalities and locations, and though it has the gradually unfolding quality of a great novel, it’s still highly cinematic. (And not an adaptation.)

It all works because Rafelson, Eastman, and Nicholson make the obvious but all-too-rare assumption that their viewers aren’t idiots. Look again at Bobby in the diner, and note how the waitress gestures toward a blurry sign about her right to refuse him service—a sign Rafelson doesn’t include in an insert shot, because he trusts the viewer will get what she’s saying. Also note what goes unsaid in the scene, which is that Bobby may be snapping at this woman because she’s a surrogate for Rayette, who’s also a waitress. This is what Five Easy Pieces does so well, keeping its connections and explanations muted. That extends to the title, which refers to a book of piano music Bobby memorized as a boy, which he uses to impress a family friend—whom he then mocks for thinking he can really play. This is what Bobby does even when slumming with the working-class crowd. He finds everything beneath him, and he treats everybody with mild condescension because those notes are a cinch to hit, and he knows they make him look cooler. Five Easy Pieces doesn’t have any big speeches to make that point, because it doesn’t have to. That’s what the rest of the movie is for.

Five Easy Pieces was included in Criterion’s America Lost And Found: The BBS Story DVD box set back in 2010, and was released on a Criterion laserdisc in 1990. The new Blu-ray edition doesn’t add any new extras, although it does snag a half-hour scholarly documentary about BBS (featuring interviews with David Thompson and Douglas Brinkley) from the box set’s Head disc. Nearly everything in that doc is also covered—in more depth—in the longer featurette “BBStory,” and in the brief Rafelson/Nicholson interview piece “Soul Searching In Five Easy Pieces.” But the best extra here is one from the laserdisc: a commentary track by Rafelson and his ex-wife/art director Toby Rafelson, in which they talk a lot about the movie in terms of its furniture, explaining how the sets alone tell a lot of the story.