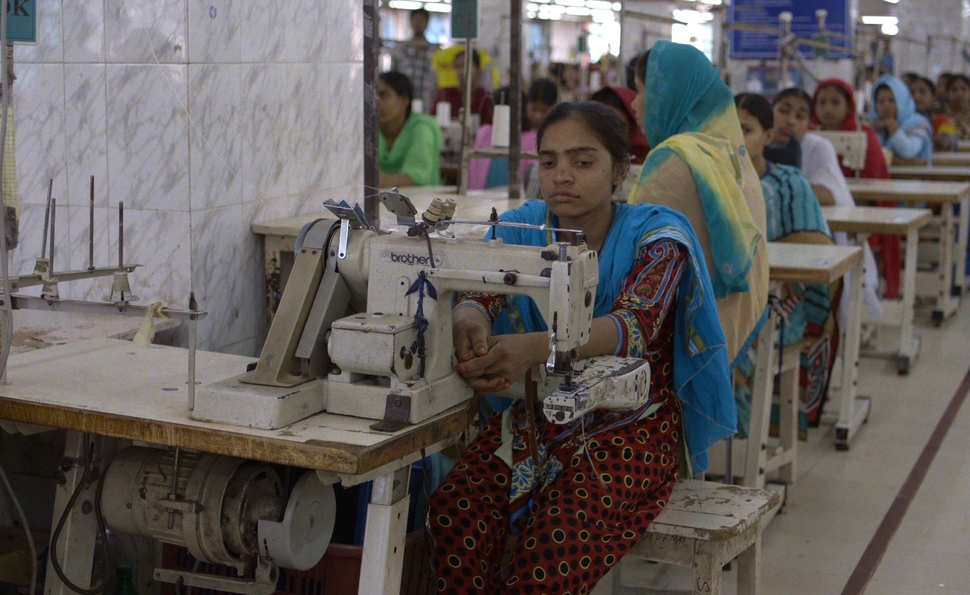 The proliferation of “fast fashion”—cheap, plentiful clothing cycled through stores quickly—has become a big problem. A very big problem. An XXL problem. As director Andrew Morgan methodically lays out in the advocacy doc The True Cost, fast fashion’s impact on the world has many threads, tangled up in everything from human-rights violations to the environment to national and world economies to individual psychology. And since clothing, like food and shelter, is something nearly everyone on earth needs and consumes, it’s all but impossible to escape culpability for these issues; even those in first-world countries that don’t indulge in cheap clothes from stores like H&M, Walmart, Target, and Forever 21—which, based on sales numbers, is not many of us—likely still take part in the Western consumption patterns that facilitate the injustices illustrated in The True Cost.

Most Americans are aware of at least some of the issues on some level, but our deeply ingrained consumer impulses make them easy, even necessary, to ignore. (This sad fact was recently pointed out by John Oliver on a Last Week Tonight segment that proposed fast fashion is simply part of a recurring cycle of caring, then not caring, about where our clothes come from.)

The True Cost’s aim is to make it impossible to ignore fashion’s impact on the world, and it takes an admirably thorough approach to its unwieldy subject. It’s not a particularly cinematic approach, however. Heavy on talking heads and Morgan’s stilted narration, The True Cost is methodical to a fault, plodding purposefully from one damning insight to the next: Cheap clothes are the products of unregulated sweatshops that have a frightening tendency to collapse or burn around their severely underpaid and undervalued workers. The demand for more material, cotton specifically, has led to genetically modified agriculture that is systematically poisoning the earth. Clothing has become so plentiful and disposable that donating it has become counterproductive, and landfills are filling up with unwanted garments. The rise in demand for cheap clothing is directly tied to the disappearance of the middle class and a cynical advertising industry that implies a correlation between consumption and self-worth. (One of Morgan’s canniest moves is the inclusion of several YouTube clothing “haul” videos, an extremely popular cottage industry wherein young, attractive girls show off the various fruits of their shopping labors.) Any of these insights is enough to make consumers think twice about buying that $8 Forever 21 sweater, but when the problems are piled up, they begin to appear daunting and unsolvable. The True Cost makes its point—that the cost of fashion is a worldwide issue, and threat—almost too well, to the extent where it begins to feel like a wallow in insoluble tragedy.

The True Cost attempts to counteract defeatism by including interviews with those struggling against the tide—the proprietor of a successful Japanese fair-trade clothing label, an organic cotton farmer in Texas, the creative director of a sustainability-focused consulting firm (Livia Firth, who also has an executive-producer credit on the film). But their talking-head contributions pale in comparison to news footage of a Bangladeshi factory collapse that killed more than 1,100 workers, or of clashes in Cambodia where garment workers are shot at by police during protests demanding a livable wage. ($160 U.S. per month.) And while Morgan’s camera seeks out some lovely shots of undulating cotton fields in Texas and surging rivers in India, the implication that they’ve all been poisoned by what’s claimed to be the second-most polluting industry on earth, after oil, tempers the beauty considerably.

The True Cost has important things to say, and says them straightforwardly and convincingly. And if viewers come away from the film inspired to stop buying cheap garments by the handful next time they’re at the local megastore, and to think more critically about where their clothing comes from, that’s undeniably a good thing. But the admirable thoroughness and frankness Morgan applies to his subject is self-defeating; the problem becomes too easy to ignore, too easy to dismiss as beyond one viewer’s capability to change in any meaningful way. A narrower focus might have helped, or perhaps just a storytelling approach that blends some inspiration in with all its information.