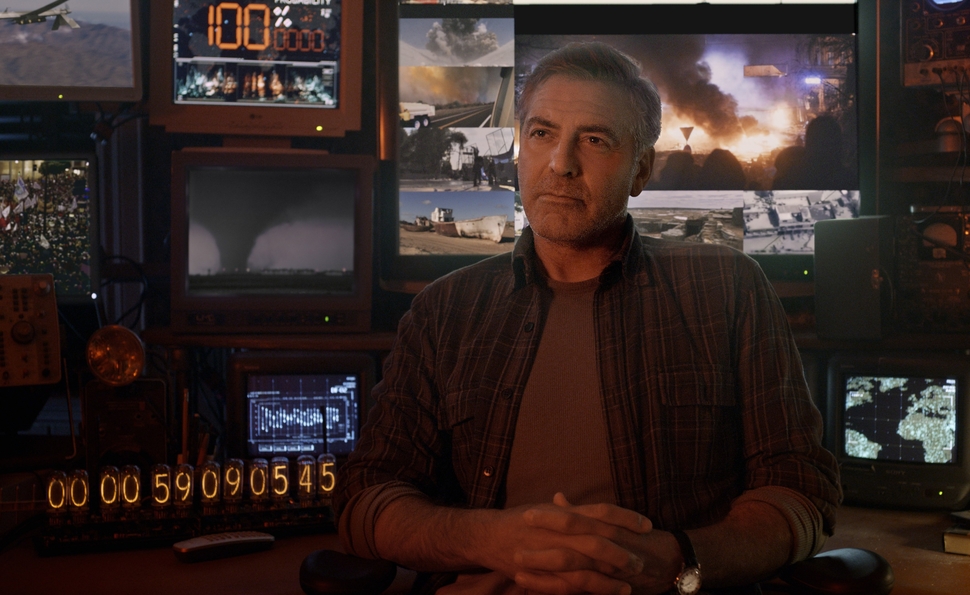 Remember in Prometheus (like Tomorrowland, also co-scripted by Lindelof) when the hand-picked, expert, supposed best-in-his field xenobiologist decided to try to pet a fangy, slime-dripping alien cobra-thing that was hissing and snarling at him? Remember when Charlize Theron’s highly educated, athletic, super-smart-and-competitive character tried to run faster than a spaceship the size and shape of a building could fall, instead of just stepping to the side and getting out of its way? There appear to be story issues with Tomorrowland on that approximate scale.

But before we get started: Here’s a little shoutout to Tomorrowland for the scene where Athena tells Casey that she earned Athena’s last magic pin because she’s incredibly, incredibly special. Like, more special than anyone, ever. This was stated so baldly and boldly that I almost think Bird and Lindelof were lampshading Chosen One stories. I choose to think that, because otherwise, that scene was pretty terrible. And by the way, Casey is amazingly special because she scored really high on the something-something scale. It’s never clear what that scale is, or how Casey tested for it, which doesn’t keep her from bragging about it later. Basically, she has a lot of midi-chlorians, now let’s move on.