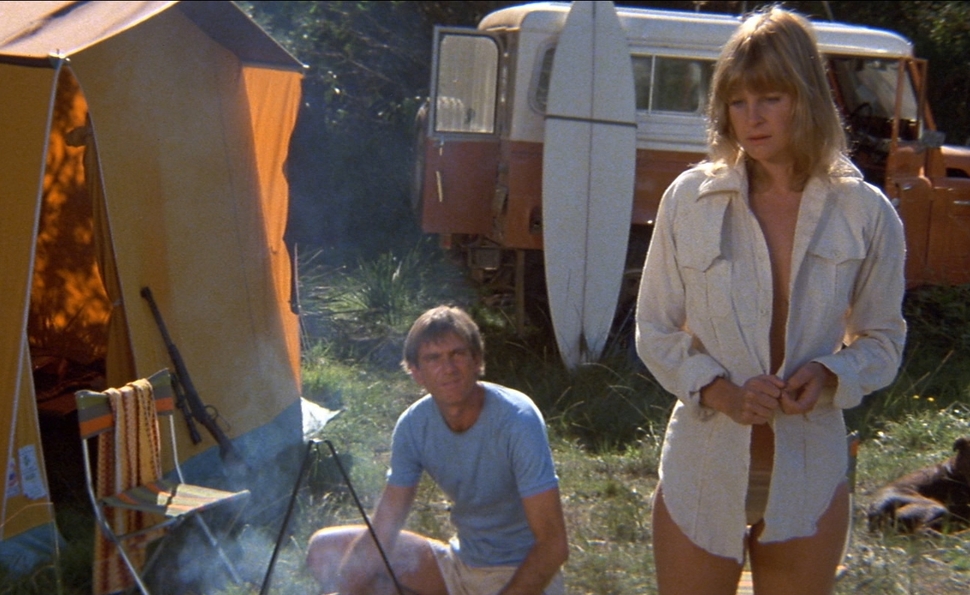 The title of the 1970s Ozploitation thriller Long Weekend doesn’t come close to describing what the movie is. The story does take place over a long weekend—a holiday that a bickering married couple spends camping near the beach on Australia’s Phillip Island—but it’s mostly about how the animals in the area get ornerier and ornerier over a few days, until they finally go on a rampage. Better to call this When Possums Attack, or Revenge Of The Sea-Cow. The point is that when pushed too far, even nature’s most mundane inhabitants become deadly.

Everett De Roche wrote Long Weekend in the mid-1970s, during the international boom in eco-terror and animal-attack movies. By the time the film was shot in 1977, the craze was dying down, which may explain why Long Weekend sat on the shelf for two years. Or maybe the movie wasn’t a top priority because it’s so muted and quasi-mystical, instead of gory and jolting. (It’s like Night Of The Lepus by way of Luis Buñuel.) It took belated appearances in the Cannes market and at the Paris and Sitges film festivals to persuade international critics that there was more going on here than just another post-Jaws drive-in plugger.

Colin Eggleston directed and co-produced Long Weekend, but De Roche is the big draw here for fans of 1970s/1980s Australian genre films. The screenwriter behind Patrick, Road Games, and Razorback—three Ozploitation classics—De Roche was the rare B-movie auteur who understood that there’s more to a story than its premise. When working with a plot like “all the critters in the wilderness are going crazy all of a sudden,” it doesn’t take a lot of narrative fuss to sustain it. The hook alone holds the audience, while the filmmakers dig into what interests them.

In the case of Long Weekend, Eggleston and De Roche explore the psychology of two selfish people, watching as they fall apart in a crisis. John Hargreaves plays Peter, a stubborn outdoorsman who forces his moody wife Marcia (Briony Behets) to spend a few days with him in the outdoors, when she’d rather go to a resort hotel. A relationship that’s already in trouble—due to a lingering, bitter disagreement that the film reveals at around the halfway point—begins to crumble after Peter runs over a kangaroo, which seems to trigger all the other creatures in the wild to exact revenge. Soon Peter and Marcia are being bitten by bugs and assaulted by various birds; and even their dog begins to snarl at them. All the while, their arguments get louder and shriller and they drift further and further apart.

Long Weekend isn’t especially effective as a horror film. Because Eggleston tries to keep the animals normal-looking (aside from the inherently bizarre dugong, a marine mammal), they never seem all that threatening even when they’re encroaching. And because De Roche’s script gets increasingly surreal, with Peter and Marcia unable to find their way back to civilization, the movie is more abstract than visceral when it comes to the plight of its characters.

But there’s a boldness in Eggleston and De Roche’s choice to let almost the entire last half-hour of Long Weekend play out without dialogue, and in the clever ways they illustrate Peter and Marcia’s dangerous callousness. Throughout the film, the couple sprays thick clouds of insecticide, casually swats at (or shoots) animals, and strews garbage all around their camp. Meanwhile, the low, slow camera-dollies through the grass—creeping in on these two arrogant jerks—suggests the spirit of nature itself, biding its time, waiting for the right moment to ambush.

Synapse’s Blu-ray offers a stunning-looking transfer, capturing the film’s rich blues, greens, and reds—which slowly fade away to gray and brown as the story gets grimmer. The disc’s main extra is a commentary track by producer Richard Brennan and cinematographer Vincent Monton, who talk about Long Weekend in the context of Australia’s then-burgeoning arthouse scene. This movie came out around the same time as The Chant Of Jimmie Blacksmith, The Last Wave, and Newsfront (and shared some crew members), and along with Patrick helped create an international market for the wave of Ozploitation pictures to come, for reasons that Brennan and Monton explain well. Also enlightening is a short vintage audio interview with Hargreaves—who, like Eggleston and De Roche, died years ago. Over production stills, Hargreaves says that the key to a good performance in any film is to “do” instead of “act.” Don’t just be a character camping in the woods or yelling at his wife, but when the director calls, “Action,” actually camp and actually yell. That’s how even a movie about killer animals can feel disturbingly real.