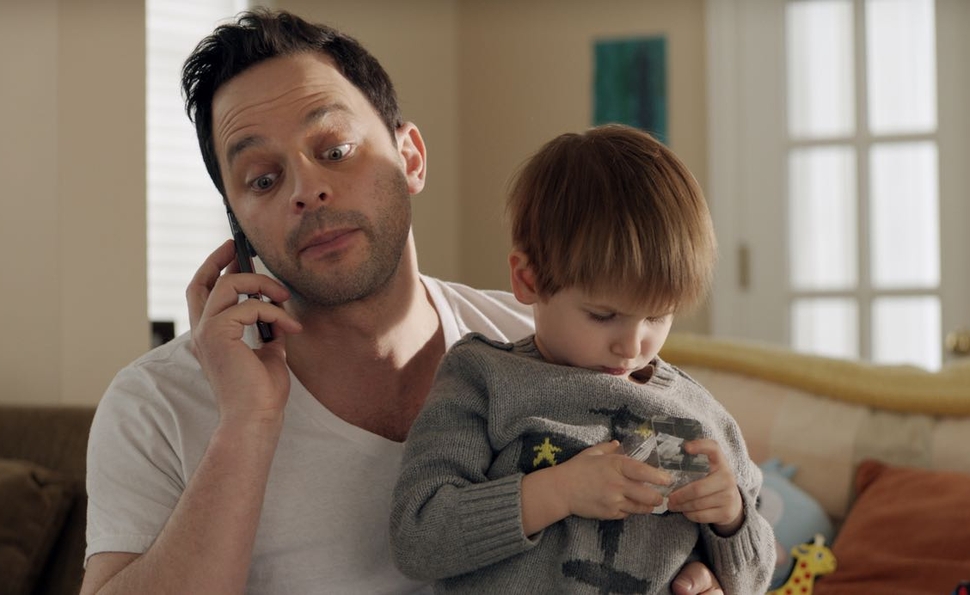 As evidenced by his appearances on Comedy Bang Bang, his stand-up comedy, his ongoing role on TV’s The League, and especially his sketch-comedy show Kroll Show, Nick Kroll is a very funny man, but you wouldn’t know if from Adult Beginners. The film recalls last year’s The Skeleton Twins in that it features explosive comic talents (in that case, Kristen Wiig and Bill Hader) moping their way through a bleary depression. It’s admirable, in theory, to see actors take big chances and deviate so far from their comfort zone, but there’s something bizarrely counterintuitive about naturally funny people suppressing their innate instincts to the point where it would almost seem in bad taste to laugh.

Adult Beginners stars Kroll as Jake, a financial wiz whose company is on the verge of making him and all of his associates a fortune with the launch of a new product. Alas, the launch is a historic debacle, and Jake soon finds himself the most hated man in New York. He has remarkably achieved a sub-Bernie Madoff-level of popularity. As befits a Duplass brothers production, Adult Beginners then shifts into the achingly sincere, attempting a low-key exploration of a man picking up the pieces of his life that seldom even tries to be funny in anything more than a sad, sour, “Isn’t the world terrible?” sort of way. Deeply depressed, devoid of self-confidence, and utterly lost as to what his next move might be, Jake crashes at the suburban home of his pregnant sister Justine (Rose Byrne), who he has not seen in years. He originally sets out to stay only a few days, but days turn into weeks and weeks turn into months once Jake bonds with his 3year-old nephew and ends up becoming his professional nanny, a role that suits him far more than his previous profession. Jake’s connection to his nephew—who knows nothing about the world of IPOs or stock indexes or anything else having to do with money—ends up reinvigorating his dormant lust for life. He begins to see a world beyond money and comes to embrace the modest pleasures of home and family.

Bobby Cannavale co-stars as Justine’s working-class husband Danny, a sturdy man who works with his hands. Danny initially appears to be the simplest character in the movie, a big working-class lug who loves his family and his job and is joyously uncomplicated. But as the film develops, it emerges that he has secrets of his own, adding to a bracing tension between Jake and Danny that gives the film its intermittent spark.

Late in Adult Beginners, Kroll, when faced with a choice between a big professional opportunity and a chance to be there for his family, says to the assembled crowd of businessmen that this is not Jerry Maguire, where the hotshot is humbled by his time with the common folk and must make a dramatic final choice that will determine the nature of his character. That that comparison even exists in the script illustrates an unusual sense of self-awareness. Yet in the end, Adult Beginners is sort of a mumblecore Jerry Maguire, albeit without the crowd-pleasing catchphrases and mega-watt star power. It does not seem like too much of a stretch to call Kroll a comic genius, but this kind of low-key sincerity does not suit his particular gifts.