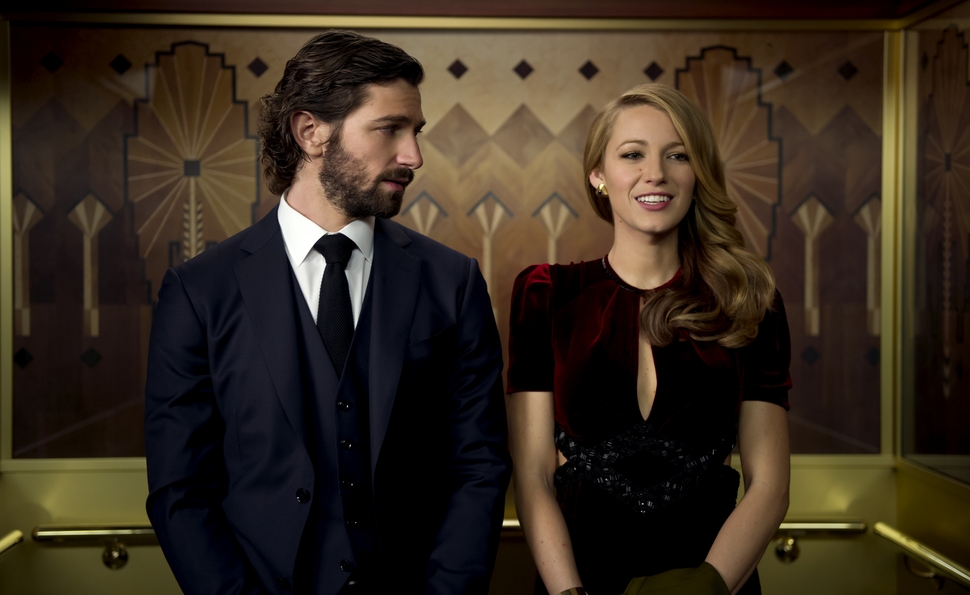 The Age Of Adaline

The Age Of Adaline’s central premise is preposterous, but its justification for that premise is brilliant: The unseen forces keeping its titular beauty preserved as an unaging 29-year-old are not chalked up as strange magic or spiritual hokum. No, the explanation for Adaline Bowman’s (Blake Lively) unchanging physical form is purely scientific—it’s just that the science behind the phenomenon won’t be discovered until 2035, according to the omniscient narrator who walks viewers through her unique condition in the film’s opening scenes. With that simple bit of straight-faced explanation, Age Of Adaline establishes that its patently unbelievable conceit is meant to be taken seriously, and at face value. There is no winking, no meta flourish, no nudging the audience to laugh at the heightened, broad story and emotions. Those viewers hoping to do so will be disappointed by the unfailingly earnest Age Of Adaline, which seeks to reward viewers who buy into its ludicrous premise with a frequently beautiful, occasionally stirring cinematic trinket.

Lively is the central sequin in this glittery tapestry, in a role that might have been little more than embodying a clothes hanger throughout the decades. After getting married, giving birth, and being widowed around the time of her early-20th-century metamorphosis, Adaline lives as herself through the 1930s and ’40s, until increased scrutiny—which the film perplexingly and unsatisfyingly links to McCarthyism and the HUAC—prompts her to go underground, adopting new identities and cities every few years with clockwork regularity. That means leaving behind her grown daughter (played by Cate Richardson in flashback, and Ellen Burstyn in the present-day), a string of lovers, and an even longer string of adorable King Cavalier Charles Spaniels, but it also means a string of really fabulous outfits and hairstyles. But Lively’s subtle performance is almost as alluring as her face, exuding the sort of old-school poise and deep weariness that is to be expected of someone who’s lived over a century, most of it alone.

Lively convincingly inhabits the body of a woman who’s lived too long and seen too much, but she’s less believable as a romantic lead, which is where Age Of Adaline stumbles, though not irredeemably so. Adaline’s sad complacence is shaken when she meets Ellis Jones (Michiel Huisman), a wealthy humanitarian and history buff who’s drawn to Adaline’s spirit (read: hotness), and soon falls in love with her. Prompted by her daughter’s enthusiastic urging—Burstyn is a delight as a character who’s more or less an elderly teenager—and her own fatigue with running from those she might grow close to, Adaline tentatively accepts Ellis’ affections, setting Age Of Adaline’s central love story in motion. At first, though, it’s a little difficult to accept Ellis’ relentless pursuit of Adaline, who’s mysterious, well-read, and gorgeous, but also cold and withholding in a manner that doesn’t readily lend itself to deep, true love.

But Adaline and Ellis’ love story gets a much-needed jolt from the introduction of Ellis’ parents, Connie (Kathy Baker) and William (Harrison Ford), the latter of whom can’t get over how much Adaline—currently going by “Jenny”—resembles a woman from his past named, wait for it, Adaline, who mysteriously disappeared just as he was about to propose to her. Ford gives one of his most engaged performances in years as a man struggling to reconcile the truth with his memories, and brings out the tortured soul of Lively’s Adaline in a way Huisman, while roguishly charming, never quite manages. Age Of Adaline’s time-shifted love triangle is ludicrous and awkward—the film lets pass without comment the squick-factor of Adaline being romantically, and presumably sexually, involved with two generations of the same family—but the earnestness of all involved lends the situation surprising credulity. This is melodrama played straight, which is a tough sell in our age of irony and cynicism. But The Age Of Adaline mostly pulls it off through sheer performative force of will, boosted by director Lee Toland Krieger and his Celeste & Jesse Forever cinematographer David Lazenberg, who give the film a gentle, storybook feel that dares to be called anything other than “lovely.”

Like its main character, Age Of Adaline is a movie out of time, mannered and unconcerned with current trends, and hopelessly unhip. But it’s also beautiful and refreshing in its own earnest, straightforward way. For as ridiculous as Age Of Adaline appears on the surface, it’s surprisingly refined and poised in its execution—and then has the cajones to go for an unbelievably contrived happy ending (see The Reveal) and stick the landing. This movie is never as warm or swooningly romantic as the screenplay seems to want to be, but it manages to be strangely inviting all the same—and look damn good doing it.