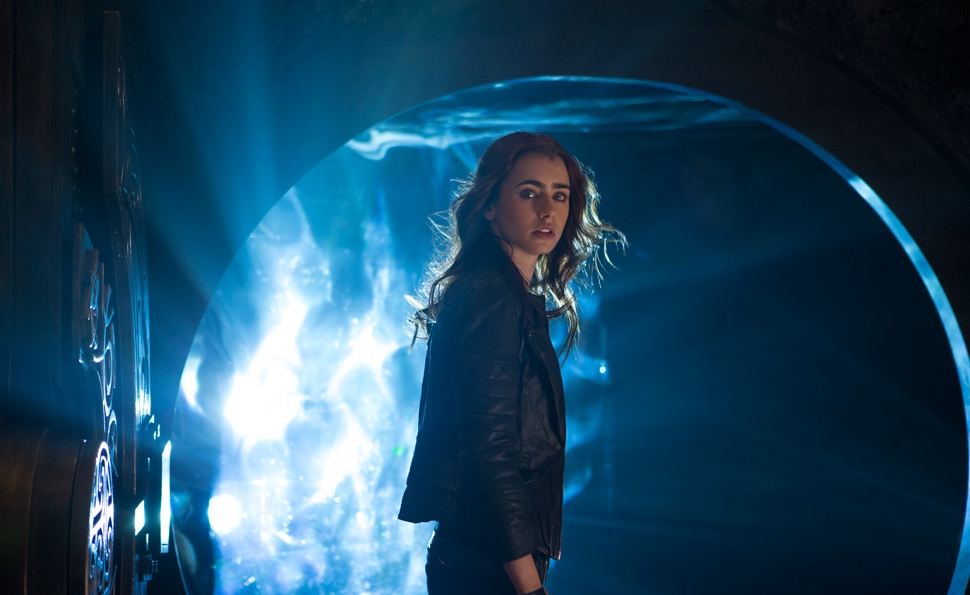 The Mortal Instruments: City Of Bones

The refrain of The Mortal Instruments: City Of Bones—taken directly from the bestselling YA series the movie is adapting—is “All the stories are true.” That simple, direct mantra goes a long way toward explaining the series’ complex world, where pretty much all fantastical creatures, from vampires to werewolves to witches to fairies, coexist alongside humans. But The Mortal Instruments piles another level of mythology atop that, involving demons and demon-adjacent creatures (called “Downworlders”) and the half-human, half-angel beings who hunt and destroy them, an order known as Shadowhunters. Throw in a rift between the Shadowhunter authoritative body and a rogue group seeking to purify and expand the order’s bloodlines, plus a few extra dimensions that may or may not come into play in subsequent entries (there are currently five books in the Mortal Instruments series, with more on the way), and it’s a regular YA genre gumbo that seeks to appeal to fans of any and all fantasy niches, but fails to cohere into something distinctive.

The most distinctive thing about The Mortal Instruments is how shamelessly it chases after the “next Twilight” classification that has kept the franchise-minded corners of Hollywood frothing at the mouth for the last half-decade. The 2007 release of Cassandra Clare’s first novel came at the height of Twilight-book mania, and at the waning end of the other YA phenomenon that preceded it, one whose DNA is also easily traced to The Mortal Instruments: Harry Potter. (Clare also points to Philip Reeve’s Mortal Engines books as an inspiration for her series, though those are still wending their way into the general consciousness via a supposed Peter Jackson adaptation that has yet to be confirmed.) Serving as the personification of The Mortal Instruments: City Of Bones’ filmic lineage is its male lead, Jamie Campbell Bower, who played minor roles in both the Twilight and Harry Potter film series. If only he had been in the Buffy The Vampire Slayer TV series, Bower would be smack dab at the intersection of the Venn diagram graphing City Of Bones’ major influences.

Lily Collins plays the film’s Buffy/Chosen One, Clary, a seemingly human (or “mundane”) 15-year-old who’s thrust into the Shadowhunter world when her mom (a shamefully underused Lena Headey) disappears, leaving a lot of questions and a few demons in her wake. This disappearance coincides with Clary developing a second sight that allows her to see not just those demons, but also mysterious runes that are invisible to mundane eyes—mysterious runes that also appear on the body of Bower’s character, Jace, an arrogant, brave, oh-so-sexy Shadowhunter who helps Clary develop her heretofore-repressed abilities and find her mom. Because these days every plucky YA heroine needs at least two cute boys chasing after her, Clary’s wisecracking human friend Simon (Misfits’ Robert Sheehan) is drawn into both their chase and a perfunctory love triangle. There are about a dozen other plot points and characters muddling the story further, but the inevitable romance between Clary and Jace is the engine driving The Mortal Instruments.

Unfortunately, the lack of chemistry between Collins and Bower makes that engine a non-starter, and the rest of the film consequently stagnates. Collins is a bright, dynamic presence on her own and with the similarly engaging Sheehan (whose performance is a highlight, which suggests he could and should be doing much better films), and their early-film interactions provide a promising starting point. But once Bower enters the picture, displaying all the charisma expected of a minor player from the Twilight movies, whatever initial charms the film had are swallowed by its overplayed, underthought romance.

Similarly, The Mortal Instruments’ New York City setting allows for an intriguing, semi-gritty urban take on the film’s fantasy elements, but it’s discarded as the action moves to “The Institute,” the Shadowhunters’ Hogwarts-esque base of operations. While the scenes shot on New York City streets and in Clary’s credibly modest apartment have a daylit verisimilitude that plays nicely against the horror of being chased by gelatinous, tentacled demons, the Shadowhunters’ CGI-heavy world gives every action sequence staged there the feel of a videogame cutscene. Combined with The Mortal Instruments’ catchall approach to world-building, it creates an overall genericness that the film’s more interesting elements—such as the way it engages with religion and homosexuality—can’t transcend.

It’s easy to understand why The Mortal Instruments was pegged for adaptation, given its inclusion of pretty much every bankable genre trend of the last decade. (Except zombies, which the film somewhat amusingly makes a point of discrediting as a ridiculous fantasy.) And to its credit, City Of Bones does an admirable job of streamlining the lumbering novel it’s adapting, throwing out unnecessary side-plots and characters with an abandon not often seen in adaptations of fan-beloved properties. But that still leaves behind an awful lot of tired, familiar elements portrayed in tired, familiar ways. There’s a germ of something interesting and different within the film’s narrative tangle, but it’s unfortunately been subsumed by Hollywood’s dedication to replicating previous successes.