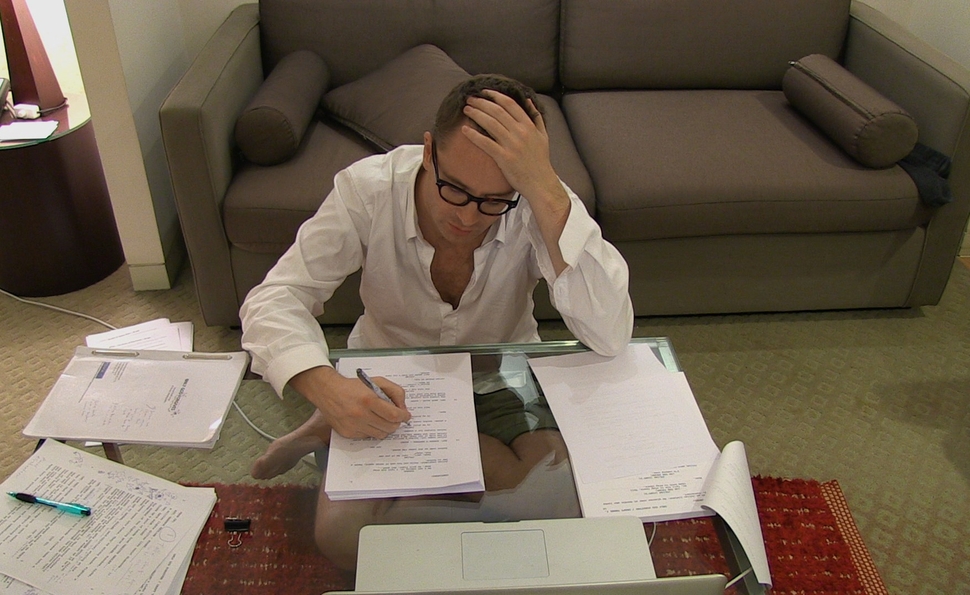 When Francis Ford Coppola was off in Southeast Asia for the better part of a year shooting Apocalypse Now, his wife Eleanor was on set, documenting one of the most famously troubled production in movie history. In 1991, Eleanor’s footage, along with other clips and testimonials, were assembled into Hearts Of Darkness: A Filmmaker’s Apocalypse, a documentary that doubled as its own shadow adaptation of Joseph Conrad’s novel, but with Coppola leading the tormented journey upriver. So there’s excellent precedent for Liv Corfixen’s hourlong “My Life Directed By Nicolas Winding Refn,” assembled from footage she shot in Bangkok while her husband was making Only God Forgives, his polarizing (to say the least) follow-up to Drive. Still, the comparison does Corfixen’s trifle no favors.

As its title bluntly suggests, the real story of “My Life Directed” is how Corfixen forfeits her creative ambitions as her husband realizes his own on a grand international stage. Even during the making of this documentary, Refn exerts some control, like a scene where he suggests Corfixen start a shot at the hotel window before panning over him. In the past, Refn has spent large chunks of time away from his family while off on production, but Corfixen was wary of having him away from her and their children for so long this time, so all four of them pile into same suite for the duration of the shoot. Some of the action is light-hearted: Refn’s star, Ryan Gosling, has a playful rapport with the family, and they go off on a surreal side-trip to collect $40,000 in cash to host a special screening of Drive. But as Refn’s doubts about the film start to grow, his depression further burdens Corfixen, who’s already doing all the parenting, and doesn’t need a third needy child to look after.

Though “My Life Directed” has some touches, like Cliff Martinez’s score, that put it a notch above DVD-supplement material, the film is nonetheless banal and inconsequential. Only God Forgives wasn’t a tough shoot like Apocalypse Now, and it didn’t have anywhere near the cultural impact, despite landing with a fairly loud thud at the Cannes Film Festival. What insight the film does have is mostly domestic: How do creative types like Refn and Corfixen reconcile their roles and responsibilities? When does Corfixen’s support of Refn’s career start seeming like an anchor? “My Life Directed” offers up some uncomfortable displays of marital tension, along with scenes of Refn’s wavering confidence in a film he knows isn’t as commercial as Drive, and that he’s not convinced he fully understands. (Given what we know about critical response to the film, which earned him his worst reviews since 2003’s Fear X nearly ended his career, his self-doubt turns out to be prophetic.) But “My Life Directed” is mostly disposable, just the sort of home-movie project a restless artist might sketch while stuck in a hotel room for a few months. It’s not a movie so much as a cry for help.