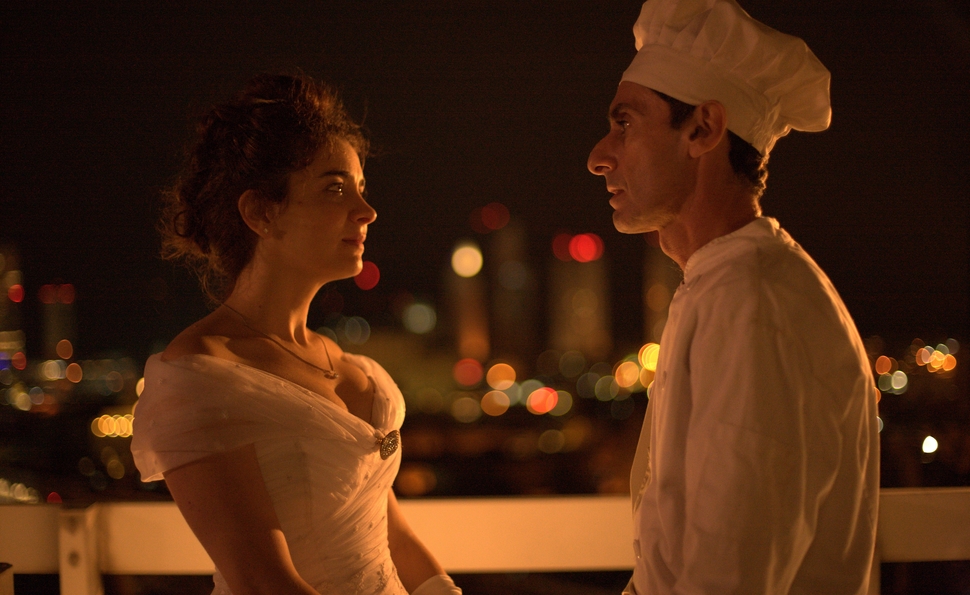 People often grouse about how rarely comedies make it into Oscar contention, but there are other, even less-well-served genres: Anthology films, for instance, are rarely seen at the awards podium, probably in part because they tend to be hit-or-miss, and it’s hard for them to sustain the kind of tone or quality that make Academy voters take notice. This year sees a rare exception in Wild Tales, a single-writer, single-director Argentinian anthology in contention for Best Foreign Language Film. The collection’s six stories all loosely deal with unfortunate connections and people pushed to their limits, in black-comedy scenarios well-drawn enough to be dramas, but treated with delirious, demented loopiness.

Just to set the tone, the film opens with its shortest segment, a quick fillip in which the passengers on a plane discover an unlikely series of connections just in time to understand the consequences. The idea of personal consequences for ugly choices continues in the second segment, about a waitress called upon to serve the man who destroyed her father, and the third, about a businessman who flips off a rude hick while passing him on the highway, then has to deal with him up-close and personal after getting a flat a little ways up the road. The fourth takes the cause-and-effect reaction to a broader base, as an engineer who loses his temper over a blatantly unfair parking ticket also loses his marriage, his job, and possibly his mind, in ways that implicate a corrupt system as much as it implicates him. The fifth gets significantly darker as it follows a rich man attempting to bribe his groundskeeper into taking the fall after his son runs over and kills a pregnant woman, then flees the scene. And the sixth sees an expensive wedding become a wild brawl after the bride realizes during the reception that her husband cheated with one of the guests.

It’s significant that none of the characters here are innocent victims of fate. Outside forces provoke their various downfalls, but they’re just as damaged by their own natures. The plane passengers all reveal touches of faithlessness, greed, or contemptuousness that led them into their situation. The businessman and the engineer are both hot-tempered, high-strung men who seal their fates with disproportionate reactions to the initial problem. When the cook in the waitress’ grubby diner urges her to kill her enemy, and keeps suggestively bringing out the rat poison, she cavils, neither vengeful and decisive enough to take action, nor moral enough to stand in the cook’s way. The hit-and-run story keeps unfolding in uglier ways, as everyone takes advantage of the situation. And the wedding story becomes an over-the-top celebration of escalating bad behavior.

To some degree, the hysteria and the global awfulness undercuts any sense of dramatic stakes here. As in a low-rent horror movie, there’s a pointed sense that these are all awful people, who deserve whatever they get. But writer-director Damián Szifrón (On Probation, The Bottom Of The Sea) builds each story mercilessly and quickly from mundane openings—there are no titles between segments, just lights going down on madness and coming up again on a brief, comforting new normalcy, as if between scenes in a particularly crazed play—and the speed at which things fall apart suggests a malign hand or a morbidly unstable world more than a collection of jerks finding their natural low point. It also suggests the lack of gravity in his intentions, and the freedom to just enjoy these pieces as individual rides through the funhouse.

What does keep the stakes high is Szifrón’s inventiveness in running to extremes. By the time the hick and the businessman are trapped together in a limited space, with limited weaponry, a limited range of movement, and unlimited hostility, it’s clear that Szifrón is working from a deep well of imagination about how much people are willing to spite themselves in order to take down perceived enemies, or chew their way out of perceived traps. It never gets funnier than the road-rage segment, or the bride’s unhinged revenge-rant as she unloads on her new husband about her plans for the future, but even in the opening segment, Szifrón makes it clear that he doesn’t intend to pull punches, and that he enjoys outsized conclusions. There’s a good deal of the sick-and-twisted element of The ABCs Of Death here, but managed with better pacing, more maturity, and more room to build each segment.

“Everyone wants these guys to get what they deserve, but nobody’s willing to lift a finger,” grouses the cook in the diner segment, expressing her calm willingness to take matters in hand herself. This is a series of stories about what life would look like if more people were willing to lift those fingers—or explosives, or improvised weapons. The answers are messy, but gratifying and cathartic. An eye for an eye leaves the whole world blind, the film suggests, but as long as those other bastards really deserved it, maybe it’s worth the sacrifice.