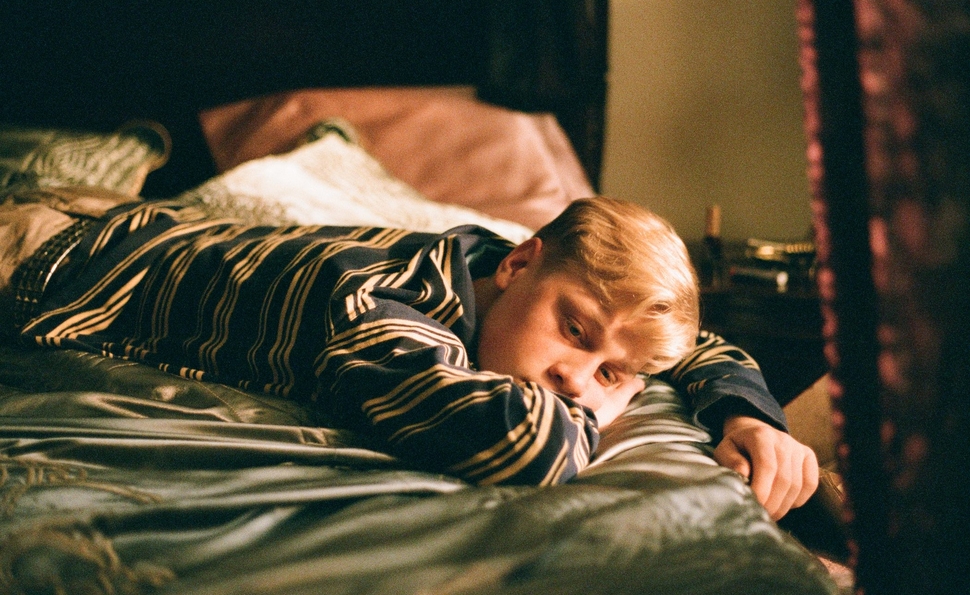 The release of Mommy, Xavier Dolan’s fifth feature, is a natural opportunity to look back on the writer, director, and sometime-star’s half-decade rise from a precocious 20-year-old Québécois upstart to the toast of the Cannes Film Festival. And that’s entirely by design: Dolan’s semi-autobiographical debut, I Killed My Mother, gets its own response (and retort) in Mommy, which features the same actress, Anne Dorval, as the single mother of a volatile boy, but a more understanding and forgiving attitude from the still-young man behind the camera. That’s a mark of maturity and perspective—albeit a dramatically contrived one—but in other ways, Dolan hasn’t grown much at all. He’s forever supplying raw emotional material without the discipline to carve a movie out of it. Mommy and his last U.S. release, Laurence Anyways, run 139 and 168 minutes, respectively, and too much of that time is indulgence, an endless logjam of actorly moments and poetic flourishes. The moments in Mommy that aren’t overwhelmingly powerful tend to be overwhelmingly overwhelming.

The film will be classified as a drama, but the opening titles establish Mommy as a science-fiction movie, one set on the planet of Deus Ex Machina. In the Canada of the not-distant-at-all future, the government has passed controversial legislation that allows parents of violent and uncontrollable children to bypass the courts and have them institutionalized. But forget all that for now, please. What’s important is that Diane “Die” Després (Dorval), a vulgar, brassy mom in the tradition of Gena Rowlands in Gloria, has to take in her troubled son Steve (Antoine-Olivier Pilon), who’s been kicked out of juvenile hall for starting a fire that significantly injured another resident. “Love is not enough,” the meek administrator warns her, and those four words hang over the remainder of Mommy like the sword of Damocles. Die and Steve are strong personalities—he’s his mother’s son, with a dash of psychosis—but they find a calming influence in their neighbor Kyla (Laurence Anyways’ Suzanne Clément), a former teacher who agrees to homeschool Steve as he works his way toward a high-school diploma. Both women are heavily invested in Steve’s well-being, but his ADHD and explosive temper fill their days with the persistent tick-tick-ticking of a time bomb that will inevitably go off.

Dolan hampers Kyla with a speech impediment, which serves roughly the same dramatic purpose as introducing someone with an asthmatic condition in the first act to have them wheezing in the third. Between that, the made-up Canadian health-care law, and Steve perpetually on the razor’s edge, there’s little surprise about where Mommy is going to go, and a lot of wheel-spinning in getting there. For better and worse, Dolan, having passed through a brief Wong Kar-wai phase with his second film, Heartbeats, has now reinvented himself as a pop John Cassavetes, breaking up long stretches of kitchen-sink melodrama with ecstatic montage sequences. At times, the effect is absolutely devastating in both arenas: Die trying to calm Steve down by prefacing her sentences with “mommy,” as if dealing with a small child’s tantrum instead of a grown boy’s rage; Steve madly swinging a grocery cart in an empty parking lot (to Counting Crows’ “Colorblind”); a rapturous fantasy sequence that imagines what might have been.

Then there are other moments when Dolan whiffs entirely, like a montage to all of Oasis’ “Wonderwall” that tidily manages weeks (or maybe months) of narrative business while allowing the lyrics (“Maybe, you’re gonna be the one that saves me”) to do some of the heavy lifting. And his decision to shoot Mommy in a 1:1 aspect ratio—which on the big screen resembles the vertical view from a smartphone—is a gimmicky ploy for intimacy, not unlike Spike Lee offering one reel of Crooklyn in squeezed anamorphic. (Though it isn’t that distracting.)

Though Dolan is guilty of inhaling the fragrance of his own artistry, his unfiltered sincerity is often piercing and never less than riveting, even when it’s all too much to take. He gives his actors plenty of chances to scream and thrash around, but when those actors are as brilliant as Dorval and Clément, some emotional truths are bound to get squeezed out. Mommy puts all its personal baggage on the table like Ally Sheedy emptying her purse in The Breakfast Club, and Dolan is to be admired for sharing so much of himself, and doing it with such evident passion. But it isn’t enough for an artist simply to share—he has to shape, too.