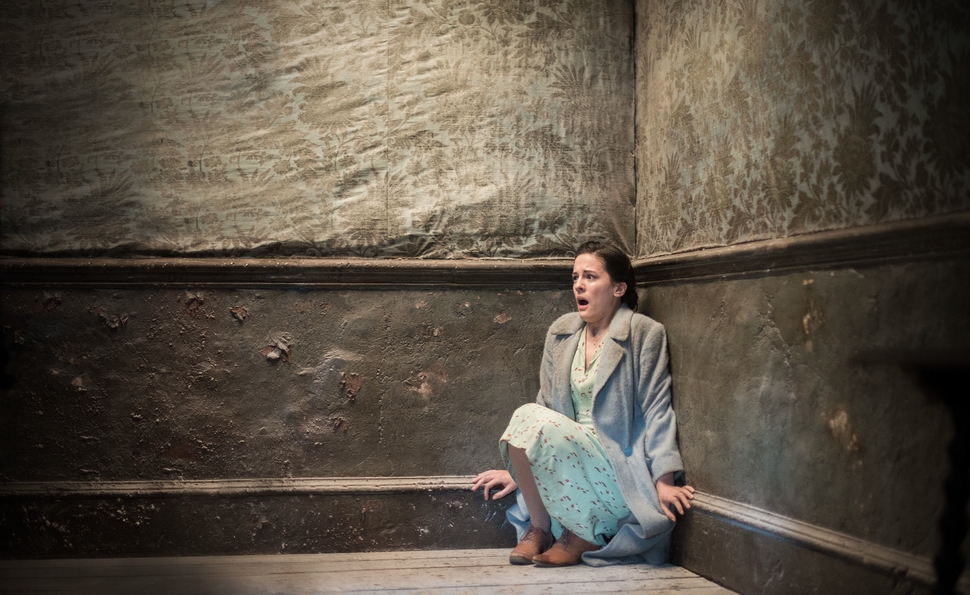 The Woman In Black 2: Angel Of Death

In 2012, the beloved, long-dormant British horror studio Hammer Films released The Woman In Black, its first major release in decades. A haunted-house movie adapted from Susan Hill’s much-liked novel, it felt overly cautious, creating a classically spooky atmosphere, then filling it with the sort of tiresome cheap jolts that have come to define horror films in recent years. It was as if everyone involved wanted to make an old-fashioned scary movie and reassure modern audiences by giving them more of what they’d come to expect. The result was a film seemingly designed to please no one, albeit one that performed just well enough to warrant a sequel.

Set in 1941, The Woman In Black 2: Angel Of Death opens in Blitz-stricken London, where schoolteacher Eve (Phoebe Fox) keeps watch over a group of kids separated from their parents by the war. The film quickly finds its way to Eel Marsh House—the remote, crumbling island estate that provided the setting for the first film—when an ill-advised evacuation plan finds Eve and her headmistress Jean (Helen McCrory) forced to keep calm and carry on as they move their students to one of England’s creepiest corners. As Eve attempts to coax the recently orphaned Edward (Oaklee Pendergast) into talking, the teachers and their students discover the house is filled with creaking noises, dilapidated rooms, and mysterious shadows. Then the shadows, and the mysterious woman at the center of them, start to claim new victims.

If Eel Marsh had been as hospitable to a story the second time around, The Woman In Black 2 might have been on to something. Director Tom Harper (like McCrory, a veteran of the TV series Peaky Blinders) employs an unsettling gray-on-black nighttime color palette, and has a knack for holding a shot just the right amount of time to create considerable tension. Fox neatly conveys fear behind a placid smile. Yet despite a screenplay taken from a story provided by Hill, ultimately no one can do much to make the film seem like anything other than a rehash, as the characters traipse through the same dread corridors seen in the first film, and the secret of the Woman In Black gets uncovered again. Even the revelation that Eve has brought some secrets of her own to the house does little but create unflattering comparisons to “The Turn Of The Screw.”

In the end, it’s all too reminiscent of its predecessor in another key way: Rather than crafting a setpiece worthy of the atmosphere he’s created, Harper falls back on easy, throw-the-boogens-in-the-audience’s-face scares. A few years ago, that might have seemed like enough. But the years since have brought The Conjuring and The Babadook, both of which improved on The Woman In Black’s combination of an old-fashioned setup and modern techniques. It’s a handsome disappointment, fast food masquerading as fine dining.