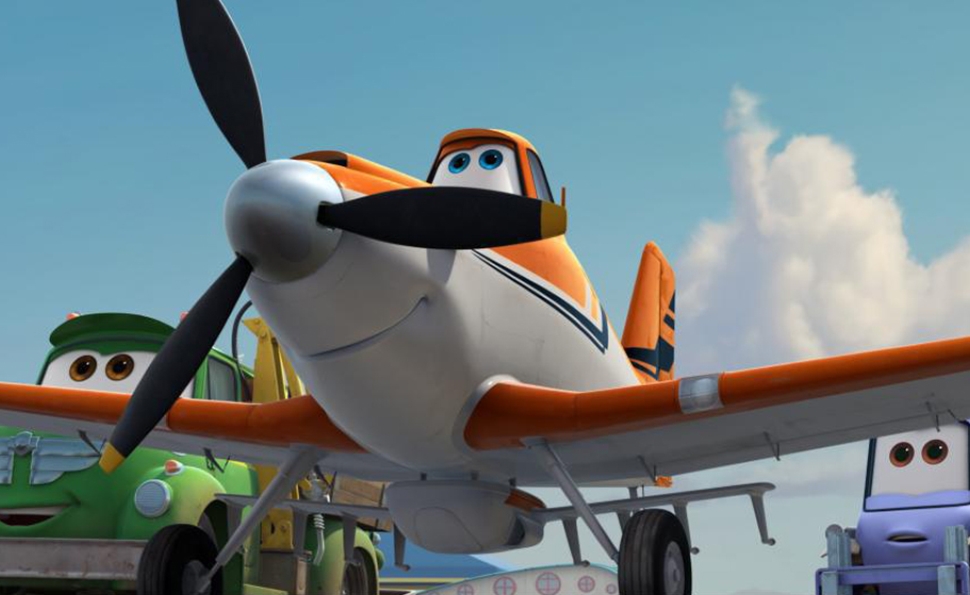 When computer-animated kids’ movies were in their infancy, the major studios shadowed each other closely, either attempting to outdo each other on the same premises, or trying to ride each other’s publicity coattails, the way The Asylum shadows blockbuster films with cheap knockoffs today. DreamWorks’ AntZ and Pixar’s A Bug’s Life both came out in 1998. 2001 saw the release of two big successes about soft-hearted monsters who enjoy scaring people: DreamWorks’ Shrek and Pixar’s Monsters, Inc. In 2004, DreamWorks’ Shark Tale followed Pixar’s 2003 film Finding Nemo. DreamWorks’ 2005 Madagascar came shortly before Disney’s The Wild, a far less successful film about zoo animals unwillingly transported to the jungle. Even 2006’s Ratatouille hit theaters shortly after DreamWorks’ Flushed Away, a more rushed, simple story about a sophisticated rat.

But as the CGI field became more crowded and competitive, inter-studio rivalry became too complex for these sorts of separated-at-birth twin showdowns, and plot innovation and studio branding found more of an emphasis than copycat works. At least until summer 2013, which has offered up two films about plucky underdogs who love speed and dream of winning races, even though their bodies seem to have been expressly designed to stymie those dreams. The similarities between DreamWorks’ Turbo and Disney’s Planes don’t end there, either: Both films find their villain in an upbeat race champion whom the protagonist idolizes, until he realizes the champ is arrogant, hateful, and willing to stoop to cheating and sabotage in order to win. And both films give the protagonist a found family of colorful, celebrity-voiced caricatures, ready to cheer them on to victory.

The difference is that Turbo, about a snail who winds up in the Indy 500, is visually dynamic, colorful, funny, and gleefully, joyfully weird, while Planes is at best mild-mannered, good-natured paint-by-numbers entertainment. Set in the world of Pixar’s Cars (and featuring more car characters than plane characters), Planes lacks even the ambition of Cars and Cars 2. It’s a pleasant enough expression of a series of familiar story beats, but apart from a few brief action-sequence moments, it could hardly be more rote or vanilla.

This time around the wannabe-racer is Dusty Crophopper, a little plane who’s bored with his rote life of flying in circles, spray-mulching corn fields: “I’ve flown thousands of miles, and I’ve never been anywhere,” he gripes. (Just to forestall the “Why do cars in Cars have seats, since there are no drivers?” crowd: Planes grow corn in order to make ethanol, as Dusty’s fuel-truck buddy Chug helpfully explains.) Dusty’s pipe dream is to participate in Wings Around The Globe, a planet-circling race that challenges even the fastest and bravest planes. Problem number one: He’s a cropduster, neither designed for speed nor trained for racing. Problem number two: He’s afraid of heights. The first problem is partially addressed with the help of  Skipper (Stacy Keach), a glowering, grounded Navy Corsair who plays the gruff-mentor role as a carbon copy of Paul Newman’s helpful Hudson Hornet in the original Cars. The second problem, naturally, must wait to be abruptly resolved at a climactic, inspirational moment.

And for the film’s smallest viewers, that moment may feel great, but Planes has virtually nothing to offer viewers old enough to anticipate it, or anyone who already knows the bones of this story. That description applies to viewers familiar with underdog sagas, but also to anyone who saw the original Cars, which Planes apes shamelessly. Once again, there’s the racing-obsessed up-and-comer, the dim-witted but cheerful sidekick (Chug, whom Brad Garrett at least plays as less of a shit-kickin’ hick than Cars’ Mater), the wise old vet, and the evil champ. Once again, there’s an opportunity for Dusty to advance in the race, which he rejects in order to help a distressed competitor. There’s the little desert flyspeck of a hometown (Propwash Junction rather than Radiator Springs), the mooing cow-tractors that tip over when startled, and the perky helper forklifts. About all Planes is missing in its Cars imitation is a strong stop-to-smell-the-roses moral, and Pixar’s obsessive devotion to beautiful animation.

Instead, Planes has a rote, milquetoast “follow your dreams” message, plus some unobjectionablely wholesome ideas: Being kind to people reaps rewards; lying makes people disappointed and distrustful. The animation is similarly bland; there are plenty of planes’-eye views of dizzying dives and spinning landscapes, and one thrilling sequence set in a storm at sea, but much of the rest of it looks like a sleeker modern update on Thomas The Tank Engine, with a bunch of inflexible vehicles with oddly mapped-on faces chatting with each other on the ground and in the air. Or, more aptly, like a Disney direct-to-DVD version of a big theatrical hit: The designs are familiar, but the quality has dropped, and the commercial ambitions are clearer than the artistic ones.

The same could be said of the script, by Disney vet Jeffrey M. Howard (TinkerBell, Pixie Hollow Games, TinkerBell And The Great Fairy Rescue). There’s nothing particularly daring at work in Planes’ script, which never gets cleverer than the G-rated plane epithet “Well, for flying out loud!” The characters’ personalities only run paint-deep; the handful of character subplots are easily resolved. And there are no surprises to the story, which hops neatly between predictable plot points like a racer zipping through the legs of the Wings Around The World race. Planes is fine enough for young kids; it’s the epitome of an inoffensive film. But given that the first Cars felt like a shiny but shallow Doc Hollywood remake, Planes feels like a watered-down version of gruel that was already thin to begin with. And the recipe is just going to get stretched further: As the film’s end-credit notes, Planes: Fire & Rescue is slated for 2014. Odds are that DreamWorks isn’t falling over itself to get an imitator on the docket.