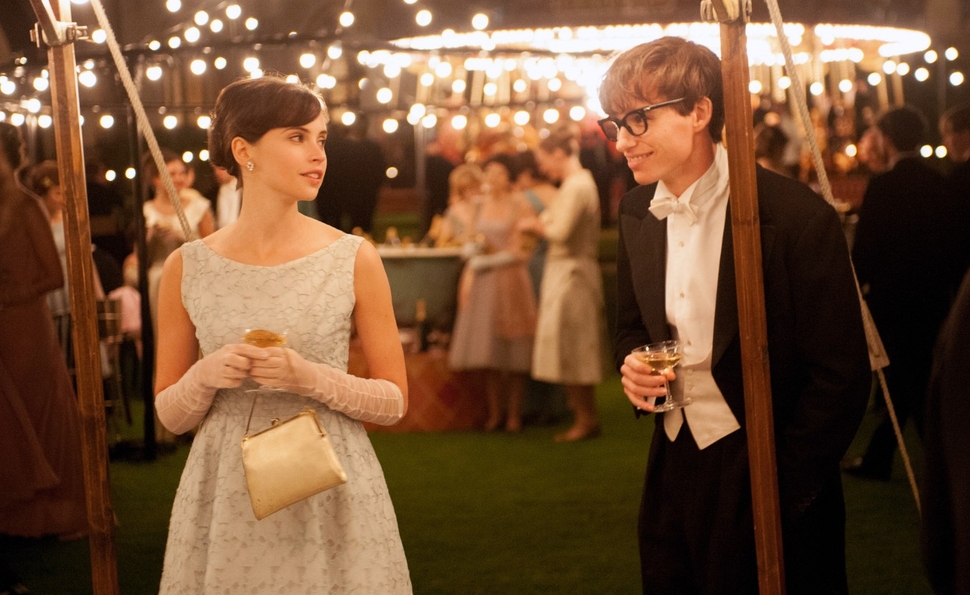 When director Errol Morris adapted Stephen Hawking’s improbable bestseller A Brief History Of Time into a documentary in 1991, his collaboration with the physicist reached a sticking point when it came to the biographical details. Here was a man who had not only survived a fatal diagnosis of the neurodegenerative disease ALS, but made scientific advances in spite of extreme physical limitations, dictating the entire book through his now-famous speech synthesizer. It’s possible that Hawking was being humble or reticent about his personal life, or perhaps he simply wanted his ideas about black holes, the space-time continuum, and the creation of the universe to stand on their own. Whatever the case, Morris had to convince him that his book was itself an autobiography, and that there was no separation between his story and the scientific theories he was advancing—otherwise, A Brief History Of Time wouldn’t have sold more than 10 million copies. The genius of Morris’ documentary lies in the intuitive connections it makes between Hawking’s condition and his quest for certain answers about the universe.

Two decades later, Hawking’s views on opening up his personal life on film must have softened considerably, since he’s the subject of The Theory Of Everything, a biopic that reportedly moved him to tears. Then again, it wasn’t his story to tell: The film is based Travelling To Infinity: My Life With Stephen, a memoir by his ex-wife Jane Hawking, who stayed with him through 30 years of marriage and three children before their divorce in 1995. The story she tells isn’t always flattering—it was a difficult marriage, with complications beyond the obvious—but The Theory Of Everything treads lightly on the events that trouble and eventually end their union. It also treads lightly on the far-out theoretical physics that made Hawking’s reputation in scientific theory. The takeaway from the movie is this: Stephen Hawking’s life is an inspiration. His true legacy isn’t in science—it’s in making people feel good about themselves.

Starting with Hawking as an able-bodied young man, cycling at top speed through Cambridge in 1963, The Theory Of Everything charts the physical decline that occured shortly afterward. As played beautifully by Eddie Redmayne, Hawking seems to exhibit the standard nerd combination of intellectual enthusiasm and an awkward gait, but his clumsiness grows more conspicuous over time. Before receiving his diagnosis, Hawking enjoys a budding romance with Jane Wilde (Felicity Jones), a bright student whose devout religious beliefs clash with his spiritual skepticism, albeit not incompatibly. When a doctor informs him that he has ALS and that he’ll die in less than two years, Hawking’s first instinct is to withdraw and push Jane away. But she’s persistent in her desire to stand by him, and the relationship survives long after his body has betrayed him completely, despite the ongoing challenges of his condition and their growing family.

Though it fells well short of kitchen-sink melodrama, The Theory Of Everything deals with the practical and emotional problems raised by a marriage where Jane naturally has to give more than she can receive. The introduction of a third adult into their home—Jonathan Hellyer Jones (Charlie Cox), a widowed choirmaster who helps her with Hawking’s care—brings jealousy, desire, and the possibility of betrayal into their partnership, and a fourth adult, Hawking’s nurse Elaine Mason (Maxine Peake), realizes that possibility unambiguously. Yet the film tries all too studiously to minimize the dramatic fallout, which is partly the result of perspective—Jane Hawking’s first memoir, Music To Move The Stars, is by all accounts more caustic—but more likely a desire not to put too many dents in the armor. There’s a difference between reserved and timid, and the film falls on the wrong side of the line.

Despite a handsome production and two genuinely brilliant lead performances, The Theory Of Everything stumbles into virtually every pitfall that afflicts biopics about geniuses. Director James Marsh—who’s guilty of biting Errol Morris’ steez, first by appropriating his style for the documentary Man On Wire and now by bringing Hawking to the masses—keeps pressing his subject toward the standing ovation that he surely deserves after his unlikely 72 years on earth. And if it means turning him into the sort of generic movie genius who impresses his professors by solving impossible equations in five minutes, so be it. But audiences for The Theory Of Everything will have a hard time remembering what, exactly, Hawking accomplished in physics and cosmology that brought him such renown as a scientist. All they have to remember is which pocket they stuffed the Kleenex in.

GoWatchIt: Buy. Rent. Stream The Theory Of Everything