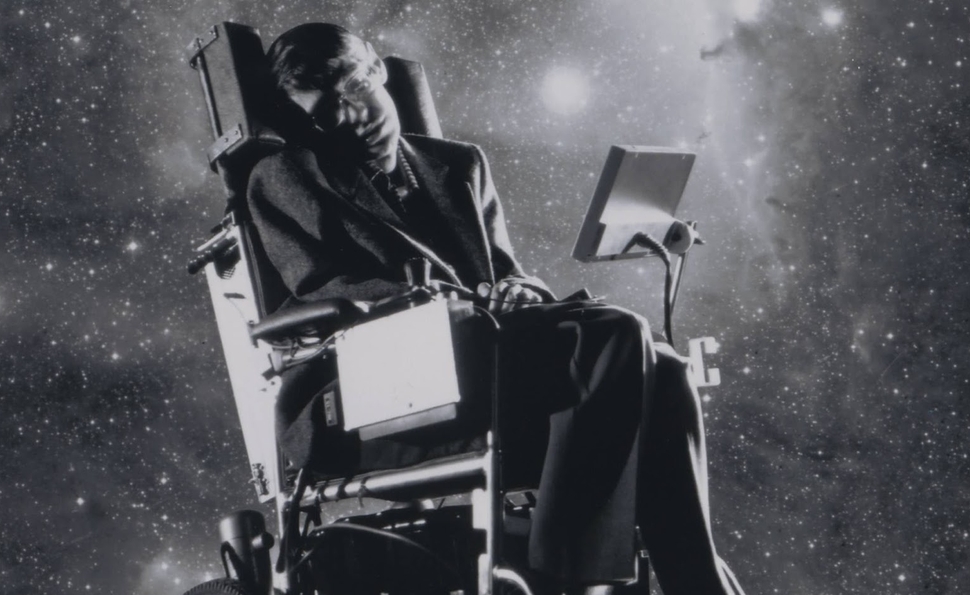 A Brief History Of Time

“You don’t judge a documentary film over whether it tells the truth. You judge it on whether it attempts to find the truth, and makes you think about what the relationship between the movie and the truth might be.” Those are the first words out of Errol Morris’ mouth in the 30-minute interview included on the new DVD/Blu-ray edition of his long-unavailable 1991 documentary A Brief History Of Time.  Statements like that are common now—an entire film festival, True/False in Columbia, Missouri, is built around that premise—but more than two decades ago, before the philosophies of directors like Morris and Werner Herzog were more widely adopted, it was still a radical way of approaching reality and truth on film. That accounts for the singularity of A Brief History Of Time, which isn’t strictly interested in the science of Stephen Hawking’s book, or the author’s life. It’s more about finding the connections between the two. It’s a sophisticated agenda that’s more about association than data or personal trivia, and Morris’ philosophy takes it to places a conventional documentary could never go.

A Brief History Of Time is a hybrid in more ways than one, combining not only Hawking’s ideas and life story, but the disparate approaches of Morris’ previous feature-length documentaries, 1978’s Gates Of Heaven and 1988’s The Thin Blue Line. In the former, about a pet cemetery in California, Morris suggested larger, more abstract conclusions about grief and mortality; in the latter, he introduced mesmerizing visual and sound effects to illustrate the flaws in the case against a death-row inmate. Working from a bestselling book that was nonetheless resistant to any kind of screen adaptation, Morris needed to figure out how to make the static look dynamic on two fronts: The theoretical science of black holes and the creation of the universe, and a subject, Hawking, who was confined to a wheelchair and could only speak through his voicebox, by clicking on one word at a time. Morris could not play the passive observer, unless he wanted to make the dullest documentary ever. By taking on this impossible project, he forced himself to get creative.

With only a few days’ access to Hawking—a time that shrinks substantially when Hawking’s limitations are taken into account—Morris had to rely on his imagination to expound on his subject’s theories and the circumstances of his life. His thesis: A Brief History Of Time is as much biography as it is science, and natural, visual connections can be made between theories on the distant reaches of the space-time continuum, and Hawking’s own distance from the world around him. Morris and his crew—including cinematographer John Bailey and composer Philip Glass, who’s always done his best work for the director—accomplish this through stylized interview sequences, graphical illustrations, and the unifying force of Glass’ mesmeric repetition. Questions about where the universe comes from and where it’s going are held in balance by inquiries into Hawking’s eccentric family life and the physical and mental challenges that followed his ALS diagnosis when he was 21.

In the years after A Brief History Of Time, Morris continued to refine this approach to the more gripping montage of films like The Fog Of War and Tabloid; seen today, in light of his more recent work, the film seems a step or two slow. Yet his solutions to presenting complex ideas are often witty, starting with the live chicken that pops up in the heavens when Hawking asks, “Which came first, the chicken or the egg?” and continuing with black-hole illustrations that include clips from a 1979 Disney production and a Rolex watch hovering over a space vortex with its second hand not quite inching toward 12 o’clock. There was always a question over the disparity between the many who bought Hawking’s book, and the few who actually read or understood it. Morris’ film does everything it can to make Hawking’s thinking accessible to a wider audience, and reveal how A Brief History Of Time is as much its author’s story as it is the story of the universe.

The liner notes on this relatively slim Criterion package include a helpful essay by critic David Sterritt and an essay by Hawking that reflects on his bestselling book. Of the features on the disc, the Morris interview is the highlight, with the director sounding off about his admiration for Hawking, their contentious but positive working relationship, the link between science and biography, and his determination to have “the first non-talking talking head” in film history. A shorter feature with Bailey gets into Morris’ unusual decision to film the interviews on soundstage sets rather than real locations, and the lighting effects he brought over to A Brief History Of Time from the similarly unconventional biopic Mishima: A Life In Four Chapters.