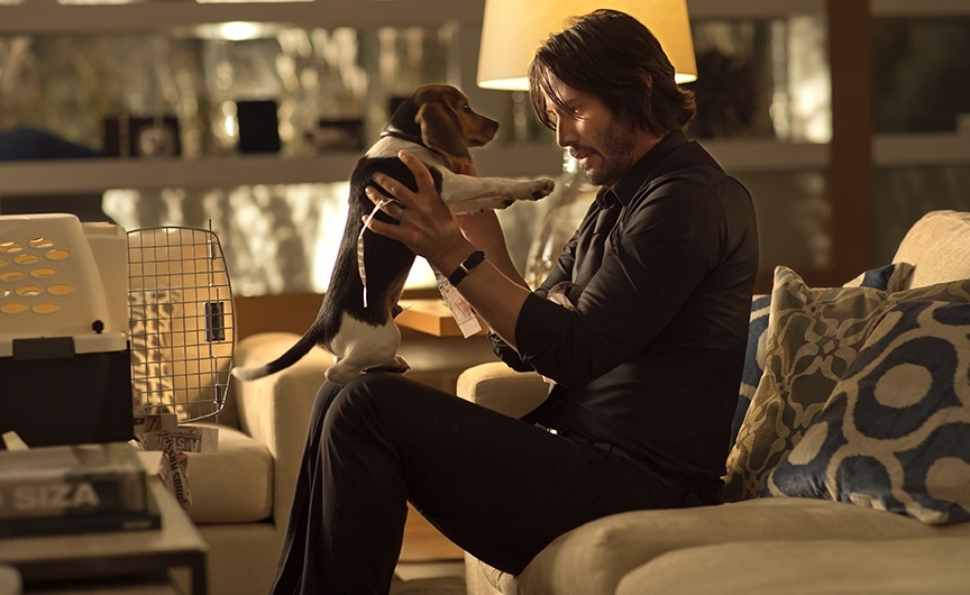 There’s an intensely specific fantasy that crops up in cinema over and over: The Mad Max scenario, where a settled, domesticated protagonist (usually a guy, in spite of occasional variants from Ms. 45 to Kill Bill) loses everything he cares about, and is transformed into a single-purpose unstoppable engine of revenge. It’s an escapist fantasy, not much different from zombie-apocalypse yarns: Once circumstances strip away everything complicated and emasculating about modern life, all that’s left is calm rage, self-righteous conviction, and (under the terms of the fantasy, at least) ferocious competence. So how to tackle yet another “roaring rampage of revenge” film when there have been so many definitive ones over the decades, and even so many memorable ones recently? Taken left the situation still salvageable, Django Unchained turned revenge into cathartic slavery-reparation, and Blue Ruin memorably removed the ferocious competence. What’s left to put a new shine on a dull old routine?

With John Wick, first-time director Chad Stahelski (a longtime stuntman) and screenwriter Derek Kolstad (The Package, One In The Chamber) tackle the problem by building a stylish film that’s less about the revenge-seeker than the setting that shapes the retribution. Without giving up on the same-ol’-same-ol’ “one dude kills 50 dudes” revenge-thriller routine, they create a sleek, shiny environment that feels fresher than the story.

Keanu Reeves is the perfect figurehead for this kind of yarn, as he was in The Matrix: Emotionless, poreless, and polished, his character is more a graven idol of vengeance than a human being seeking it. John Wick (Reeves) has recently lost his wife to cancer, but he gets a tiny shred of hope in the form of an adorable beagle puppy she arranged to be delivered to him after her death, along with a note saying he needs something to live for. Then spoiled-brat Russian mobster Iosef Tarasov (Alfie Allen, playing a hate-magnet only barely more repulsive than his Game Of Thrones character) spots Wick’s 1969 Mustang Cobra at a gas station, and covets it. When Wick won’t sell it to him, Iosef brings some thugs to his home, beats him bloody, steals the car, and kills the puppy out of simple cruelty.

At that point, the rage and the rampage are all cued up, but the filmmakers take the risky, even campy, but at least daring step of pausing it to engage in some myth-making that rivals Verbal Kint telling whispered tales about Keyser Söze. Turns out everyone in New York crime circles except Iosef is familiar with John Wick, a terrifying assassin who left the life behind when he met his wife. Iosef’s father Viggo (Michael Nyqvist) punches his son in the face, sketches out a couple of detail-free scary anecdotes to get the audience’s imagination going, tries to mollify Wick, then sends a 12-man hit squad after him. But he also sits alone in his room in haunted despair, staring into a fire and singing a little Russian nursery rhyme about the approaching boogeyman. Iosef, the film implies, is an arrogant, violent turd who’s about to get what’s coming to him. Viggo, on the other hand, can see the inevitable, plot-driven future, and knows there’s no point in resisting it… But he can’t help launching a full-on war, because that arrogant, violent turd is his only son.

This flavor of regret and inevitability gives John Wick some spice to go with its standard-issue car crashes and throwdowns, which pit Reeves against a dozen opponents at once in the kind of close-quarters, fast-paced, intricately choreographed tests of dexterity and fast thinking that characterized Steven Soderbergh’s Haywire. The resemblance isn’t accidental; fight coordinator Jonathan Eusebio also choreographed combat for Haywire. (And The Avengers, The Wolverine, Iron Man 2, and… er… Anchorman 2, among other films.) Stahelski stands a bit back from the fights and keeps them clear and coherent, rather than impressionistic, but also lets them drag on too long, to the point where the novelty wears off.

But the filmmakers get plenty of novelty out of the rest of the framework. Once Wick heads for Revengetown, he enters a refined, pleasantly civilized criminal underworld. There are no civilians in the places he travels; everyone is a genteel murderer, operating in an economy ruled by gold coins, which seemingly have no specific value, but get used like magic tokens granting access to illegal services. Virtually all these killers are played by celebrities—Willem Dafoe, Lance Reddick, Adrianne Palicki, Ian McShane, Clarke Peters—and they all know Wick and treat him collegiately, even if they’re on Viggo’s payroll and trying to kill him. There’s a grim, self-aware humor to it all, like a muted version of the RED movies—in fact, this twilight-world crew could be younger versions of the RED cast, with the same sense that everyone knows everyone else in the game, and feels the bond of their collective insider status, but doesn’t let it get in the way of business.

When the killing starts, though, John Wick becomes the usual humorless rageathon, scored to a howling Marilyn Manson track about killing strangers, and broken up by slow top-down pans across New York that make the place look deserted, except by assassins and thugs murdering each other. The fights are stylized, with backgrounds in gaudy Only God Forgives neon or gleaming metal. The subtitles on the Russian dialogue are stylized, throwing color and extra font impact on words like “boogeyman.” The storyline is stylized; it starts with Wick bleeding to death while staring at a phone video of his wife, then takes most of the film’s run time to work back around to that moment. Reeves himself is stylized: Once he switches off his grief and switches on the anger, he becomes an immaculately suited, dead-eyed, untouchable killing machine, the kind of irreducible badass who’s poised perfectly between superhero fantasy and supervillain fantasy. But all the style in the world can’t hide the degree to which this is a predictable old story in a new set of clothes. Moral: Don’t piss off settled, domesticated people. They’re all secretly looking for an excuse to drop the act and get back to murderous basics.