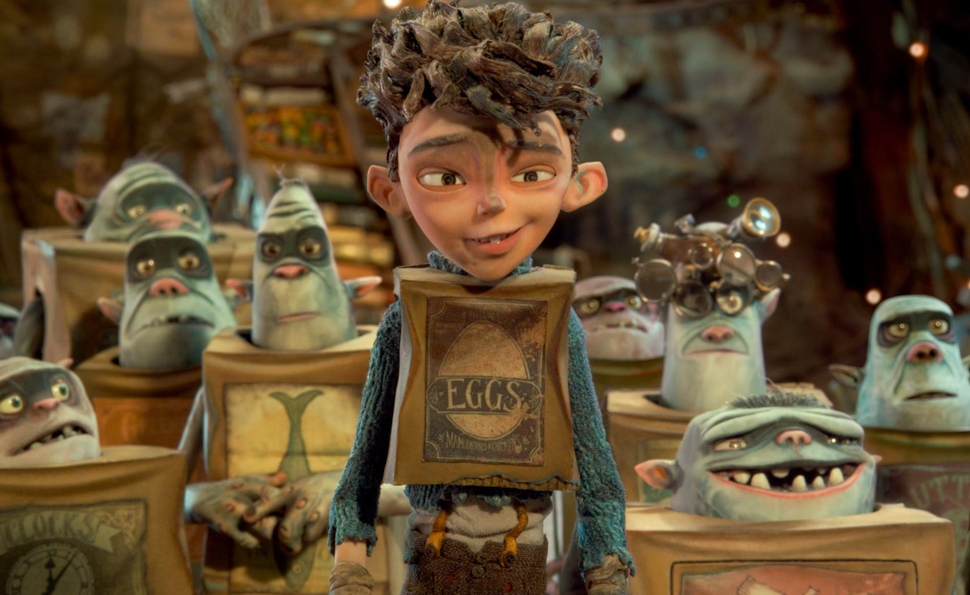 Laika’s three films have each been capped with a short sequence showing how the sausage is made. Coraline’s was a quick sequence revealing how the film’s jumping mice were animated with wires, armatures, and a bluescreen. ParaNorman’s was longer, showing the start-to-finish creation of one of the protagonist puppets, which gets up at the end of the process and walks away. Boxtrolls ups the ante considerably with an immensely charming existential conversation between Trout and Pickles, musing about their unseen puppetmaster. As the camera slowly pulls out, that puppetmaster becomes visible, adjusting the puppets once per frame in flickering time-lapse. As the directors explain in an interview due at The Dissolve this coming Monday, that barely seen animator is Laika CEO Travis Knight. It’s a meta moment, and a fantastic one for anyone interested in proof of the process, or the scale on which Laika operates.

That aside, it’s worth talking about the daring of Boxtrolls’ ending, which caps a big, dramatic, heroic fight scene by letting everyone make peace. Whereupon Snatcher consciously chooses to destroy himself by living out his fantasy of eating fancy cheeses in fancy company, even though he’s horrifically allergic. That quiet, almost melancholy ending, with the major cast sitting there watching him, gently suggesting that maybe he should stop self-destructing, is almost preternaturally delicate—especially by comparison with the sturm and drang that precedes it. Plenty of kids’ movies let the villain make a selfish and accidentally fatal choice in order to keep the hero’s hands clean—it’s the basic idea behind the Disney Fall—but it’s usually the culmination of a big, dramatic fight scene. Here, it’s an enjoyably weird footnote: And then the villain killed himself. With cheese.