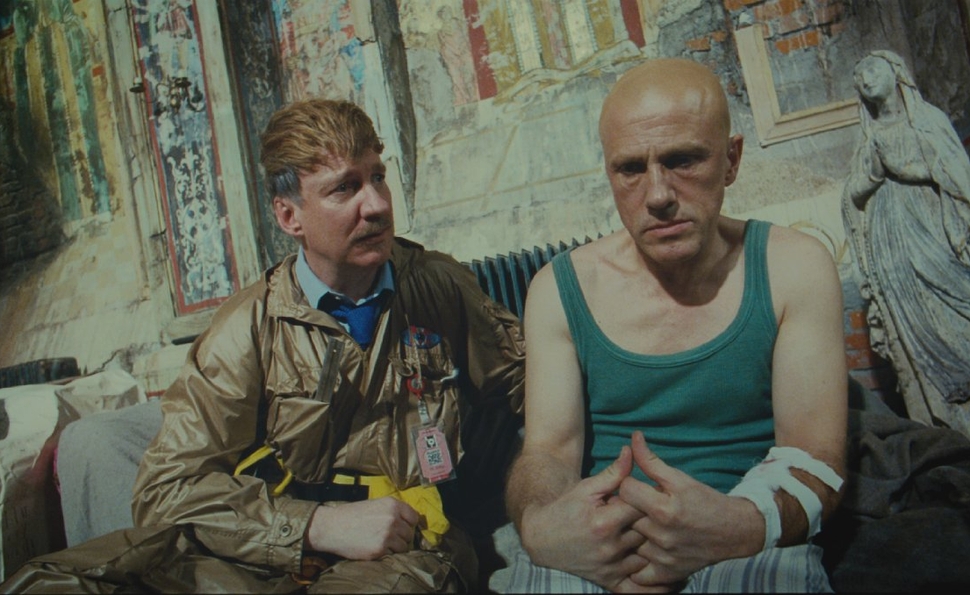 So first off… the whole business where Bainsley decides she’s leaving her job, and leaving town with all her belongings, and desperately wants Qohen to come with her, played entirely false to me. The “You need me, and I desperately need to be needed” moment at least provides an explanation, and the first hint that we’re really seeing a person under the coquette/party girl/webcam-porn-star act, but it isn’t really enough to justify her throwing her life away for a prickly, inaccessible, neuroses-wrapped weirdo who at best has treated her as an accessory, and whose non-fantasy attentions have previously made her profoundly uncomfortable. I feel like there’s something major missing there, something that would have held it all together—like the revelation that it was just another work ploy, or some idea about what in him touched her besides need, which she should be able to get anywhere.

But that aside… How do people interpret that ending? It’s another element that’s strongly reminiscent of Brazil, with the character confronting the villain of the piece and seeing the dark heart at the center of their world, then voluntarily escaping into a fantasy where no one can reach him. I do like that he winds up alone, rather than with Bainsley; right up to the end of the credits, I was worried that she’d pop up, having realized she could meet him in VR. Instead, he gets what he’s said all along that he wanted: isolation. Peace. A sunset. And yet another cover version of “Creep,” apparently the only song in the world that movies are allowed to use to represent isolation and anomie.

It probably isn’t worth getting into what literally happens, which may be that the VR rig electrocuted him and he’s dead, or that he has, as one character suggests, confronted his soul, which is to say he’s trapped comfortably inside himself, and his actual body is in a coma somewhere. But symbolically, what happens? Does he embrace his fears by falling into the black hole and find they aren’t as terrifying as he thought, or does he commit virtual suicide and go to virtual heaven? The film is about whether life is essentially meaningless, but the ending sidesteps the question in favor of escapism. The big problem with this ending is having no idea what Qohen is thinking, why he makes the decisions he makes, or what they mean to him. It’s a watered-down version of a classic ending, without the depths of darkness or emotion, and only a sense that at least someone is happy.