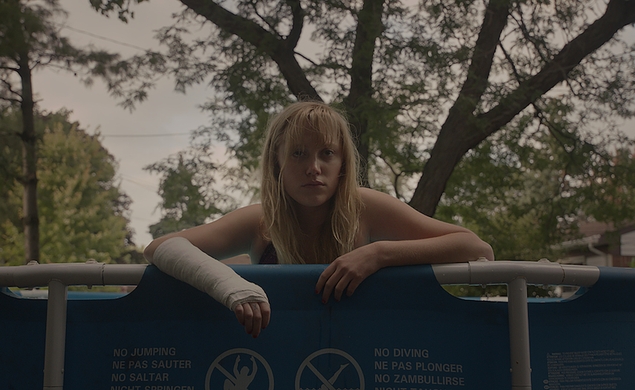 Maika Monroe’s career’s gotten up and running so fast, you’d think it was being chased by a murderous demon sex ghost thing. Since Monroe starred in this year’s indie horror disasterpiece (see what I did there) It Follows, she’s lined up a slew of projects ranging in scale from modest indie to massive blockbuster: Geoffrey Orthwein and Andrew Sullivan’s sci-fi Bokeh, which follows a young American couple who wake up one morning to discover every person on Earth has disappeared no big deal it’s probably going to be fine; another post-apocalyptic sci-fi called The 5th Wave with Liev Schreiber, Maria Bello, and Chloe Grace Moretz; a YA adaptation, The Tribes Of Palos Verdes; and Independence Day: Resurgence, an indie horror film about a Fourth of July barbecue that gets a little out of hand when somebody brings over a six-pack of Surge and some meth and mixes them together in a big bowl and serves it to everybody.

Today, Deadline reports that Monroe will star opposite Timothee Chalamet (Interstellar) and Alex Roe (The 5th Wave, whaddya know) in Imperative Entertainment’s Hot Summer Nights, the sequel to Independence Day: Resurgence that will see everyone from the Fourth of July barbecue coming together the next night to help clean up the town they destroyed. Just kidding (but who wants to make this movie with me?); Hot Summer Nights is a “coming-of-age drama pic set in 1991 Cape Cod” about a teenager “whose life spirals out of control when he befriends the town rebel, falls in love, and gets entangled in a drug ring all during one hot, stormy summer.” This is what happens when kids have too much free time.

Hot Summer Nights is a 2013 Black List script from Elijah Bynum, a former assistant at CAA who will make his directorial debut with the project. Bynum was also the only writer to have two scripts on the 2013 Black List—the other was Mississippi Mud, which follows a “down-on-his-luck Southerner” whose “life begins to unravel when he accidentally runs over and kills a runaway girl.” Okay, Elijah Bynum has seen some shit.

Monroe’s role in the film hasn’t been clarified yet, but I’m going to go ahead and assume she’s the object of our fair teenager’s affections. Hopefully this summer romance will go better than her last in that it won’t involve the looming threat of violent sex-death.