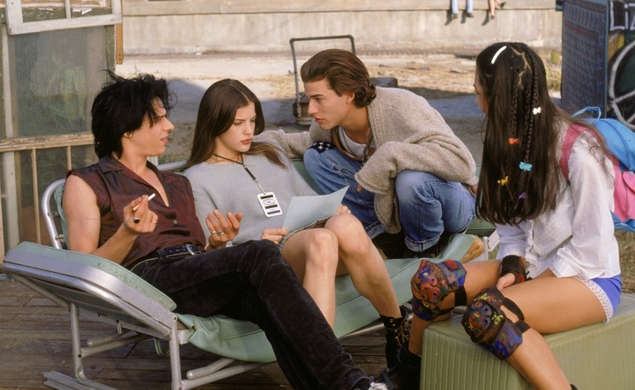 According the Internet, Rex Manning Day is April 18, which gives you plenty of time to snap up a stack of fresh copies of the newly minted Empire Records Blu-ray and hand them out to your friends, co-workers, and customers in time to appropriately celebrate the holiday. (Other celebration ideas: Wear an apron as a dress, glue quarters to the floor, sing about sugar.) This week’s home-video offerings are surprisingly slim when it comes to the new stuff—though they do give buyers a chance to catch up on awards-season contenders like A Most Violent Year and The Immigrant—instead relying heavily on Blu-ray upgrades for your rocker heart. From Empire Records to Singles and Detroit Rock City, this week is all about making the switch from DVD to Blu-ray, honoring your ears and eyes in the process.

In the mood for more music? May I humbly recommend The Voices, featuring Ryan Reynolds as a serial killer who thinks his pets are driving him to kill pretty girls (especially his cat, yet another example of the cat-prejudiced world we live in). It’s a wild and wooly tale that ends with the kind of dreamy faux music video that will leave you wanting more while also wondering if anything you just watched actually happened. Also, James Caan and Bette Midler apparently made some kind of period musical called For The Boys that reportedly boasts Midler’s “brassiest, sassiest performance” ever, which has to count for something.