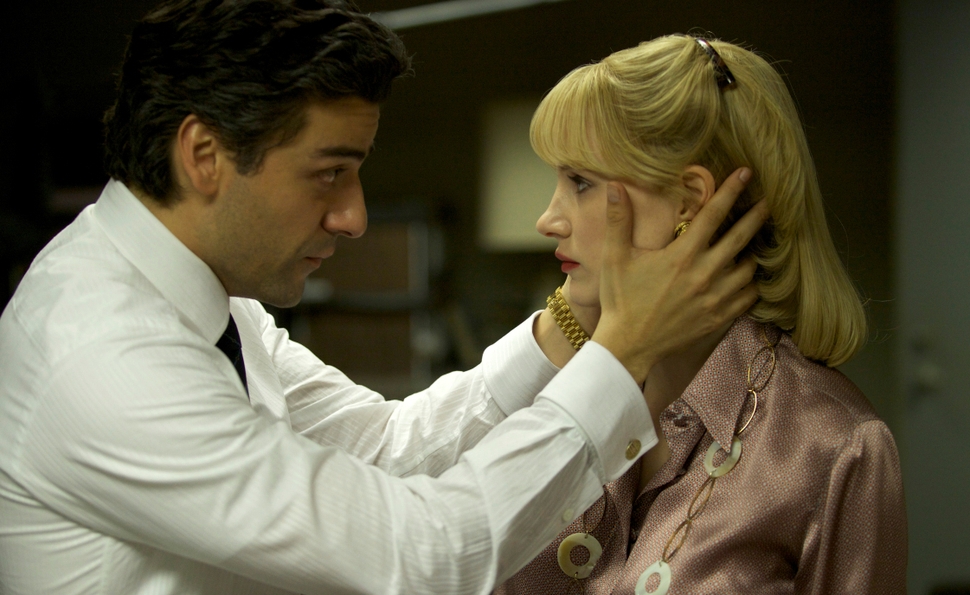 A Most Violent Year

Abel Morales (Oscar Isaac) is a good man in a bad business, or so he tells himself. One of many players trying to dominate the New York heating-oil market in winter 1981, Morales takes pride in never stooping to the depths of his competitors as he tries to better himself, and his business. And they stoop pretty far: In the film’s opening sequence, Abel and his lawyer Andrew (Albert Brooks) deliver a deposit on a sought-after piece of dockside real estate while Julian (Elyes Gabel), one of their drivers, has his truck and its cargo taken from him at gunpoint. Armed robbery has just become an on-the-job nuisance, one barely noticed in a New York in the grips of the record-setting violence that gives J.C. Chandor’s third film its title. Abel, however, believes there’s always a way to stay above it, even as a series of events conspire to prove him wrong.

A Most Violent Year is Chandor’s follow-up to last year’s Robert Redford-starring survival film All Is Lost, and it’s as heavy on dialogue and labyrinthine plotting as All Is Lost is straightforward and unconcerned with language. In one memorable scene, Abel coaches a trio of aspiring reps on the ins and outs of making a sale: pausing meaningfully, always taking the fancier beverage option, holding eye contact past the point of discomfort, and above all, telling the truth. “You will never,” Abel says, “do anything as hard as staring someone straight in the eye and telling the truth.” The film does a lot of that, too. Chandor paces the film deliberately and lingers on faces, whether talking or reacting, longer than most directors would feel comfortable doing. It isn’t just set in 1981, it sometimes plays like a product of 1981—a late New Hollywood-era entry complete with an intense, confident Isaac performance that can sit comfortably next to the sort of work Al Pacino used to do. There may be no better recent study in range than Isaac’s work here and his fretful performance in Inside Llewyn Davis.

It’s one thing to put down a deposit on the land, another to be able to purchase it, and in the time before his scheduled closing, Abel starts to lose his grip on one element of his life after another. A years-long investigation into the industry by a crusading D.A. (Selma’s David Oyelowo) reaches a crescendo with some damning indictments regarding business irregularities. Abel’s wife Anna (Jessica Chastain) has kept carefully cooked books, but perhaps they’re not as carefully cooked as she thinks. She also doesn’t share his scruples regarding other aspects of the business, particularly when an armed thug shows up at their new home in the middle of the night. Principles are well and good, but not when they get in the way of survival.

Isaac and Chastain are an inspired pairing, capturing the fractious affection of a couple who’ve long since realized marriage and parenthood, to say nothing of running a business, involves more strategizing and teamwork than starry-eyed romance. Candor fills in their history a little at a time, through tossed-off bits of dialogue that reveal their business’ origins and poke holes in Abel’s image of himself as a self-created upstanding citizen. It’s a film of small gestures, stately pacing, and forbidding snowscapes that give way to darkness-drenched interiors (the latter courtesy of the remarkable cinematographer Bradford Young) that Chandor occasionally allows to erupt into memorable, kinetic setpieces, including a late-film chase scene using seemingly every mode of transportation available to early-1980s New Yorkers.

At times, Chandor struggles to squeeze in every detail of A Most Violent Year’s world. Intriguing supporting characters, like a friendly rival played by Alessandro Nivola, and a less-friendly set of rivals played by a grandfather/granddaughter team make deep impressions, then disappear for long stretches. Chandor’s film suggests more than it can explore, and a contrived climax makes the film seem like less than the sum of what’s preceded it.  Yet Abel and Anna give A Most Violent Year a compelling center, and the way Chandor lets newscasts of crime reports flit by without comment suggests some universal truths can be found in what’s happening in their contentious little corner of the world. The Manhattan skyline towers behind them for much of the film, but maybe it’s only the distance that makes it shine.