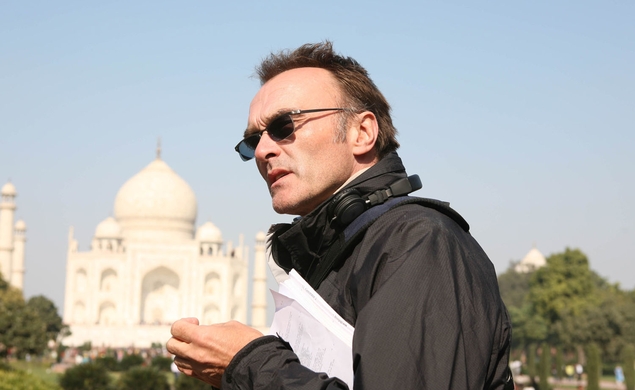 The saga of the Steve Jobs biopic on the biography by Walter Isaacson is a lot like one of the iPods that redefined the Apple businessman’s legacy: It sounds impressive, looks classy, ain’t cheap, and gets constant updates. The latest, via The Hollywood Reporter, has Trainspotting and Slumdog Millionaire director Danny Boyle in “early talks” to direct the film.

Just a month ago, Jobs was supposedly in the hands of Gone Girl’s David Fincher, who wanted to direct Christian Bale as the famous executive. But last week Fincher left the project after Sony balked at his “aggressive demands for compensation and control,” and decided against paying him the reported $10 million upfront he wanted to make the film. Now Boyle, who will apparently direct a movie for less than $10 million, has stepped into his spot.

Though there has already been one biographical film about Steve Jobs, last year’s jOBS starring Ashton Kutcher, the project is one of the hotter properties in Hollywood, in large part due to the film’s screenplay by Aaron Sorkin. If Fincher had made this Jobs, it would have marked a reunion with his Social Network screenwriter; now, if Boyle makes it, it could wind up being a reunion from the 2000 film The Beach, because according to THR, Boyle’s choice for Jobs is Leonardo DiCaprio.

Variety says the “dealmaking is in the early days” and that DiCaprio has already signed on to star in The Revenant this fall, around the time that the biopic should be going into production. So the Boyle/DiCaprio Jobs may eventually wind up in the same place as the Fincher/Bale Jobs. Expect the latest update—Jobs 2.1.2—in a couple weeks.