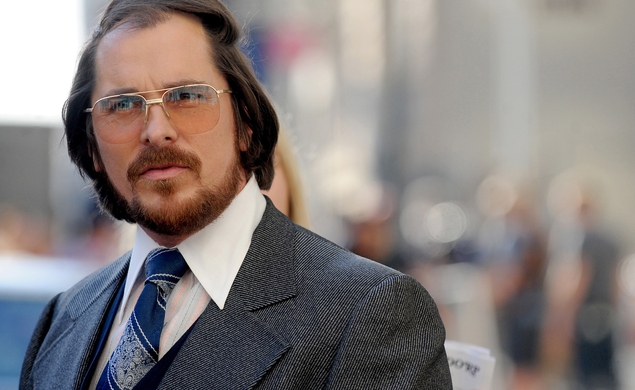 We previously told you about the news that The Social Network director David Fincher and writer Aaron Sorkin were considering reteaming on a new project, a biopic of the late Apple CEO Steve Jobs. Sorkin’s already written his screenplay, based on the best-selling Jobs biography by Walter Isaacson, and now it’s up to Fincher to decide whether he wants to direct the movie after he finishes up Gone Girl.

Apparently, though, the situation is a little more complicated than just “To Sorkin or not to Sorkin?” Fincher is interested in the Jobs project. But according to a new report in TheWrap, he is only interested in the Jobs project if he can get the right guy to star (and, no, apparently Ashton Kutcher isn’t the right guy). Instead, Fincher says Christian Bale is (and I’m so sorry about this) the right man for his Jobs. TheWrap says the Sorkin’s script “consists of three long scenes regarding Apple’s buzzed-about product launches, including the Mac, NeXT (after Jobs had left Apple) and the iPod.”

Bale is currently on a vacation after wrapping up Ridley Scott’s upcoming Bible epic Exodus, and has not yet been approached to play the part, so it could be a while before we find out whether he and Fincher are going to collaborate. But if the pieces do fall into place, this would be a dream creative team, and could make a fascinating companion piece to The Social Network.