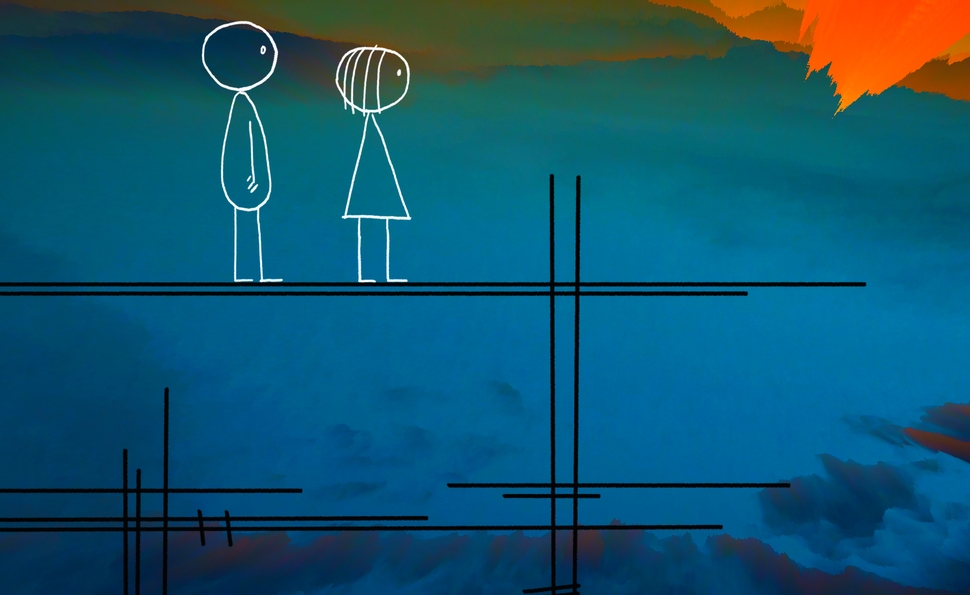 Before I dive into Sundance 2015, how about one more round of applause for last year’s festival? Just as a reminder, here’s some of what screened in Park City a year ago:

The Babadook, The Battered Bastards Of Baseball, The Better Angels, Blind, Blue Ruin, Boyhood, Calvary, Cold In July, Dear White People, Frank, A Girl Walks Home Alone At Night, God Help The Girl, The Guest, Happy Christmas, Happy Valley, Ida, Kumiko The Treasure Hunter, Land Ho!, Life After Beth, Life Itself, Listen Up Philip, Locke, Love Is Strange, The Lunchbox, Memphis, A Most Wanted Man, Obvious Child, The One I Love, Only Lovers Left Alive, The Overnighters, The Raid 2, R100, The Skeleton Twins, Stranger By The Lake, They Came Together, The Trip To Italy, 20,000 Days On Earth, The Voices, Wetlands, What We Do In The Shadows, Whiplash, and White Bird In A Blizzard.

I didn’t see all of those at Sundance, and there are some on that list I don’t even like that much. There are also films above that debuted at other festivals; and some that haven’t gotten a proper release yet. (I can’t wait for people to get a look at Blind and Kumiko.) Still, scarcely a week went by last year when I wasn’t reminded of another respectable-to-excellent film that launched at the 2014 Sundance. It was a festival packed with pleasures—and I’m not even counting the special sneak screening of Nymphomaniac Vol. I, or the Main Street club gigs by Belle & Sebastian and Nick Cave.

Over the years, Sundance has developed a reputation—not always unjustified—for being a place where movie and TV stars can foist their sappy and/or quirky mid-budget dramedies onto bone-cold, oxygen-deprived, unduly appreciative audiences. But I don’t think any reasonable person can look at that list of moves in the second paragraph and think that the festival is only about safe, mushy star vehicles.

Sundance has supported some true artists over the decades, many of whom keep coming back with their latest projects. One of those is Don Hertzfeldt, the visionary animator who started out drawing his squiggly little stick-figures in funny, sick little cartoons like “Billy’s Balloon” and “Rejected,” but over the past 10 years has raised his level of ambition considerably, making layered pieces that work sharp gags into abstract meditations on the meaning of existence.

To date, the peak of Hertzfeldt’s work has been the triptych feature It’s Such A Beautiful Day, about one man’s fear that he won’t be able to control his genetic predisposition to mental illness. But Hertzfeldt may have topped It’s Such A Beautiful Day with his latest short, “World Of Tomorrow.” Visually, the film continues Hertzfeldt’s recent trend toward density. He starts with his usual spare lines, as a toddler named Emily, punching away at some kind of electronic device, is visited by an adult clone of herself from a distant, forbidding future. As the future-Emily describes the extreme social stratification and continued blurring of the lines between technology and biology in her culture, the animation becomes more colorful and trippy, as Hertzfeldt himself mixes cutting-edge techniques with hand-drawn characters.

He also establishes a tension between the cloned Emily—so calm yet wistful as she tells little anecdotes about the dangers of time travel, the eerie beauty of robot poetry, and her own dawning awareness of what it means to love—and “Emily Prime,” who is freakin’ adorable. It’s hard to overstate how cute and funny it is every time that this visitor from the future tries to impart important information and life-lessons to an oblivious little kid (with an actual little kid voice) who keeps asking questions like, “Do you like my cars?” But that also reinforces the theme of the film: this constant push and pull between mankind’s reckless, youthful spirit and our cold, discomforting rationality. “World Of Tomorrow” is a treat to look at, and packs quite a kick as it ponders what we really want out of our lives that we didn’t already have when we were three. Over the next seven days, Mike D’Angelo and I will be seeing new films by Guy Maddin, Noah Baumbach, Andrew Bujalski, Anna Boden and Ryan Fleck, Craig Zobel, Bobcat Goldthwait, and Rodney Ascher, plus a slew of soon-to-be-buzz films that no one really knows anything about yet. I don’t expect any to be as entertaining or as moving as “World Of Tomorrow.”

Sundance also has a strong record for debuting documentaries that become must-sees (think Catfish and Exit Through The Gift Shop in recent years), and while neither of the two docs I saw on Day 1 are likely to be breakout hits, both have a lot to recommend them. In the case of Liz Garbus’ What Happened, Miss Simone?, the appeal is obvious: The film features extensive live footage of Nina Simone, the politically engaged jazz/blues/pop singer who played a major role in the Civil Rights movement, and then disappeared from public life for a while under mysterious circumstances. Garbus covers Simone’s entire life story—from her upbringing in rural North Carolina to her late-in-life comeback—and focuses especially on her tumultuous marriage and violent mood-swings. The bio-doc format is far too staid for such a radical, volatile performer, but again, it’s hard to be too down on any movie that features so many long scenes of Simone on stage, either rallying her fans or provoking them with angry stares, before launching into some of the best American popular music of the 1960s.

And then there’s The Amina Profile, Sophie Deraspe’s documentary about an infamous online hoax. A few years back, during the Syrian uprising, news broke on social media that the lesbian activist creator of the “A Gay Girl In Damascus” blog had been arrested—and then, not long after, other bloggers discovered that the author of that blog was in fact a middle-aged American dude, living in Scotland. The Amina Profile works as a more sobering and thoughtful spin on Catfish, first asking why it’s so easy for consumers of online media to be duped by scam artists, and then wondering how many actual stories of injustice get ignored while the fakes eat up all the headlines. The movie’s focus on a Montreal woman who had a long, intimate virtual relationship with “A Gay Girl” seems to obscure that point a little, making it more about one person’s hurt feelings than more systemic concerns. Nevertheless, this is a pertinent look at the direction a lot of human interaction has been headed over the last decade: the “World Of Tomorrow” today.

Also seen: Though Sundance isn’t the “festival of festivals” that Toronto is, the programmers do tend to pack the first few days of the schedule with some of the better films from the previous year’s Cannes and Toronto lineups—mostly movies that are just about to hit U.S. theaters. This year, that means another round of festival screenings for ’71, 99 Homes, Eden, Girlhood, The Tribe, White God, and It Follows. (Follow the links to read past Dissolve coverage of some of those films.) It also means another showcase for Damián Szifrón’s funny, stylish Wild Tales, a Best Foreign Language Film Oscar nominee that could well edge out the early favorites Ida and Leviathan. A collection of short stories about people who get crossed and go a little crazy, Wild Tales is nutty by design, showing human behavior at its most extreme. Although every vignette begins with ordinary frustrations, like road rage or parking tickets, Szifrón skillfully builds the tension in each segment, treating everyday life like a Twilight Zone episode long before his characters turn irrational and violent. It’s hardly the most profound motion picture ever made, but Wild Tales has panache. On the Hertzfeldt scale, I rate it about half a “World Of Tomorrow.”

Tomorrow: Mike D’Angelo on the latest from the director of Compliance.